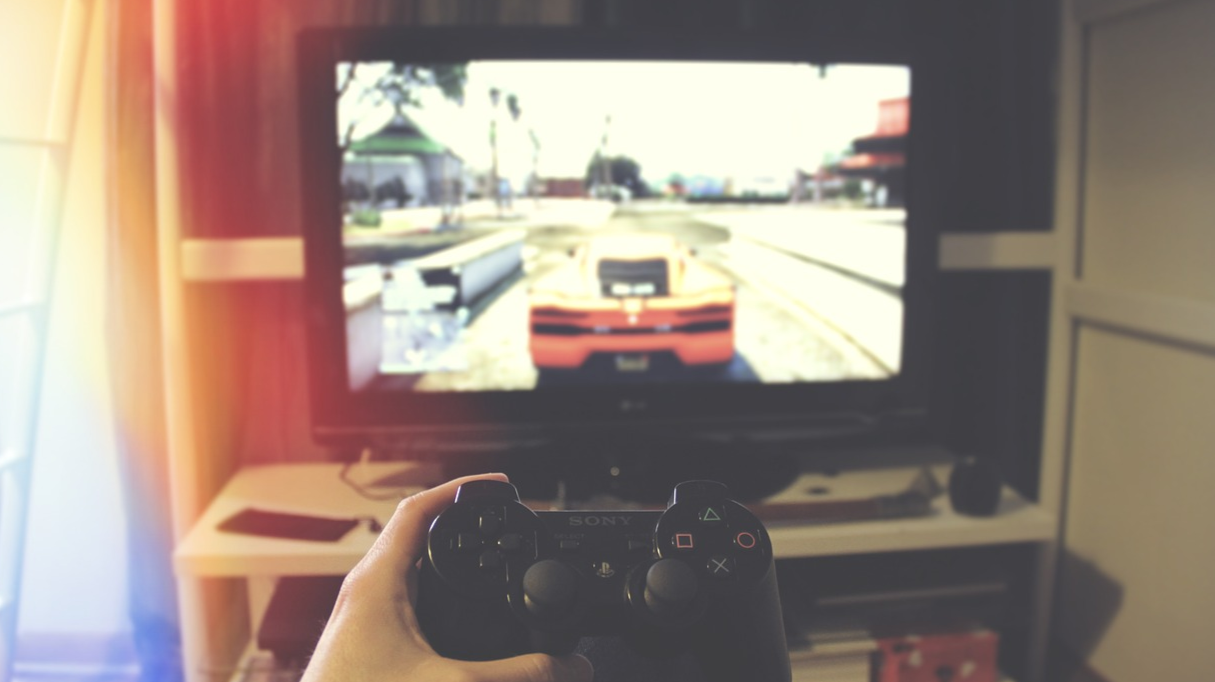 Why Are Video Games Addicting?

Most of us have played or like to play games to pass our free time and just as reading a book, or watching a movie, playing a game can be entertaining and rewarding. But when it comes to games in particular, they can be a little too rewarding to encourage the player to spend as much time as possible in the game and in some cases, this may lead to developing an addictive behavior. I’ll be talking about how games employ these strategies to keep us hooked on the screen.

This, I think is the most essential tool used in games because it comes in many different flavors. Feedback loops are systems that either reward you or challenge you. There's two types of feedback of feedback loops . Positive and negative feedback loops. The positive feedback loops come in the form of rewards. When you’re doing great in a game, for example a shooting game, if you do killing streaks you might be able to unlock special weapons, or special limited time features. In fighting games these might be combos, if you do certain set of moves in the right order you are able to deal more damage. They can also be rare gifts if you reach a certain level or reach a certain score. They’re basically treats based on your performance so you feel motivated and keep playing. This technique doesn’t belong only to videogames, it’s also used in social media and other gamifiable apps. Snapchat for example have the streak phenomenon that has everyone sending pictures to not lose the streaks.

Negative feedback loops aim to bring balance to the game by challenging you to stay at the top. Mario kart is a famous example for this. I don’t know how many of you guys have played this nintendo racing game, but when you go in first place you’re the target for everyone behind you but specially to those that go all the way in the back because they can get a particular power up: a purple spikey turtle that targets specifically the first place to hit him and slow him down. Negative feedback loops in older games were a little bit extreme. Ninja Gaiden or Gladius were some games applying this concept. They are almost impossible to beat in one single run, but that was the thrill of it, to attempt beating the levels in one single run. Obviously it was too damn hard so there were codes to resume your play on the highest level you reached.

bviously it was too damn hard so there was codes to resume your play on the level but that was the challenge.

The High Score and repetitive gameplay

When I think about old games like for the Atari, I usually think of Breakout, Pong, Pac-man, Centipede and Space Invaders. The concept or game design was so simple and so repetitive that it was the perfect recipe to make it so addicting. This was due to the fact that the game was based solely on a score you had to beat to prove you were the best. So simple yet so effective. Always trying to beat your own high-score or someone else’s high-score was like a challenge that could be beneficial because I think it can promote a sense of competitiveness and an ambitious desire to grow but too much of it and it might get out of hand. But the higher the score, the more difficult it gets, thus, resulting in hours and hours dedicated to this difficult task.

While there’s a lot of games that still use the high-score technique and repetitive model such as Candy Crush and other mobile based games like Eos Knights for example, that employ a very simple technique such as a repetitive gameplay, They not only focus on a high-score but rather build up a character, an empire, etc that makes you want to keep playing to grow as much as possible to reach the highest level of the game. This is a very effective technique because it almost creates a habit checking on the game for free lives, new materials, etc. The most effective technique for this type of game is making the game very easy at the start so you get constantly bombarded with rewards and cool gifts so you get used to this pace of rewards. Then the more you advance in the game, the more difficult it gets but you already have a certain reward threshold you need to satisfy so you'll push harder to reach that goal.

The complexity of game design

Most popular games nowadays are so complex that a whole universe awaits for you when you start your journey. Thanks to advancements in technology, games can be so vast and dense, you WILL need to spend a significant amount of time at all cost to beat the game. Open worlds, massive RPGs games allow you to unplug yourself from your boring real life and immerse yourself in a whole new exciting alternate reality. Open world games like Grand Theft Auto, Legend of Zelda and Fallout to just name a few, are so big that have so many things to do. They’re no longer a linear game where you start in point A and finish in point B. There’s multiple outcomes and multiple ways to play the game that there’s enough content for you to be busy for quite some time.

Multiplayer games are an extension to the single player, story mode of a game where you can play an indefinitely amount of time with other players from all around the world, at all times. This means that if you really didn’t have enough with the built-in gameplay, you still have the chance to keep playing even after you finished the game or maybe while you’re stuck at a difficult part you can decide to go on the multiplayer and continue playing. I mean there’s enough content in modern video games to spend a lifetime and still never reach the end of the possibilities the games present you.

The casino of video games

Lots of techniques I’ve described are also employed in casinos, or should I say it the other way around? Casino techniques are employed in video games to get us hooked just as when we are gambling. The visuals and audio play such a crucial part in this. The colorful backgrounds, fonts, animations and the repetitive music help us disconnect ourselves from the external world and completely submerge in our screens almost feeling like we are in the game. That’s why sometimes time is not perceived the same way, 3 hours might slip away and you felt that you barely played. This is also caused by small rewards throughout the entire gameplay that keeps you rewarded enough to play nonstop.

As you can see, there’s a lot of factors and techniques implemented in game design that makes a game addictive enough. I decided to write this post because well, I recently started playing a mobile game that employs almost all these techniques and many more I didn’t mention but that got me thinking about the psychology behind game design and how from the most simple to the most complex game, games can be so effective in getting us hooked to the screen. Some of these gamification techniques are used in many other business models that can lead to a positive outcome like an increase in productivity and engagement if done the right way. As I mentioned above, games definitely have some benefits like improving problem-solving skills, enhancing memory concentration and multitasking skills. However, some of these gamification techniques can be detrimental and harmful for young people that are more likely to face the risk of developing an addictive behavior towards games or gamified apps.