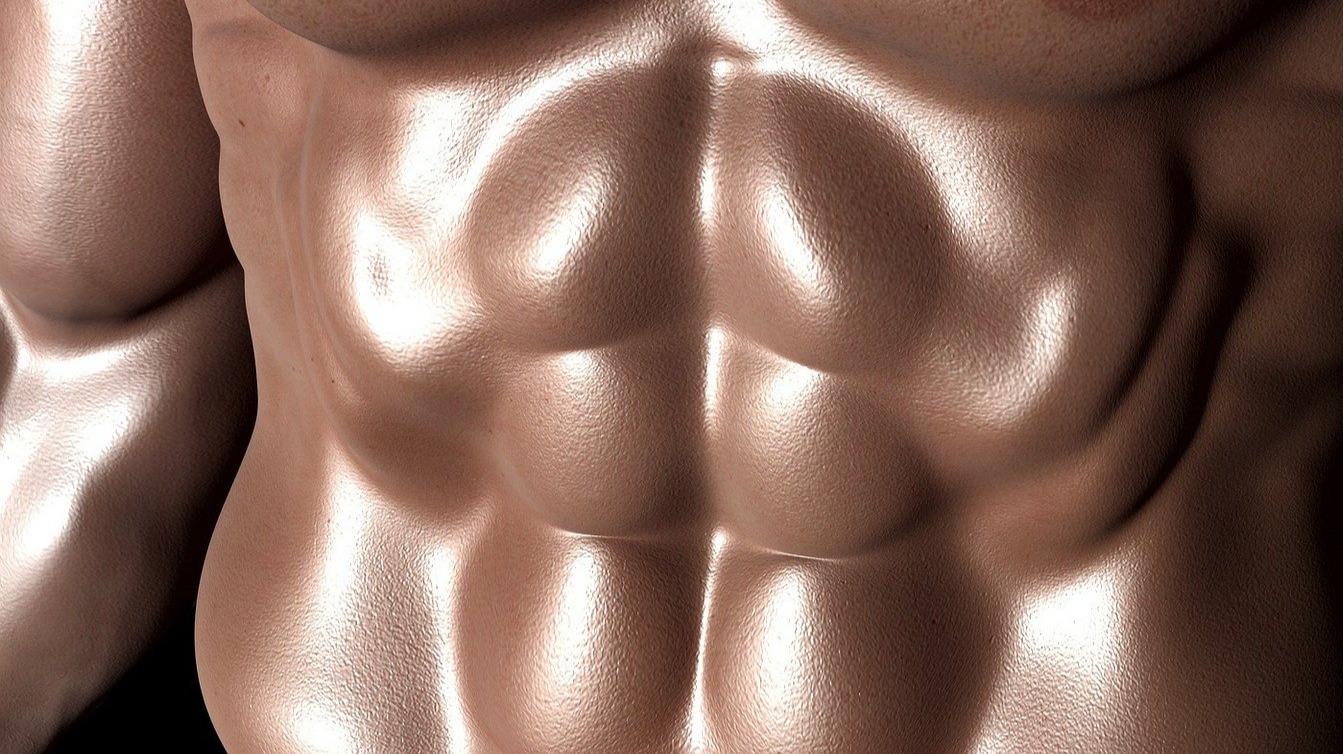 Strong Abs aren’t just a matter of having a jaw-dropping look down at the beach. Abs are part of the human body’s critical aspect of movement and control, known as the core. These muscles a huge part of compound movements of the torso such as bending, twisting and extension. Furthermore, they allow you to have a solid base for lifting activities, which implies better performance in other workout staples such as the Bench Press, Squats and Deadlift.

This article will look at how you can be better with your workouts by incorporating a great Abs program that’s well-grounded on sound scientific principles. We’ll set the basis for understanding by looking at the structure and function of the Abs before setting out to explore the best exercises you can use to build your abs and the core as whole. Let’s get started.

The abdominals: Basic Structure and Function

It’s hard to understand how these exercises assist with building strength and size in the abdominal muscles without a basic picture on how they are structured, as well as their primary functions. Therefore let’s go through an elementary anatomy lesson on the muscles of the abdomen.

The muscle that’s commonly referred to as “Abs” or “six-pack” is only part of a group of muscles collectively known as the Abdominals. There are four key muscles associated with the abdomen. These are: 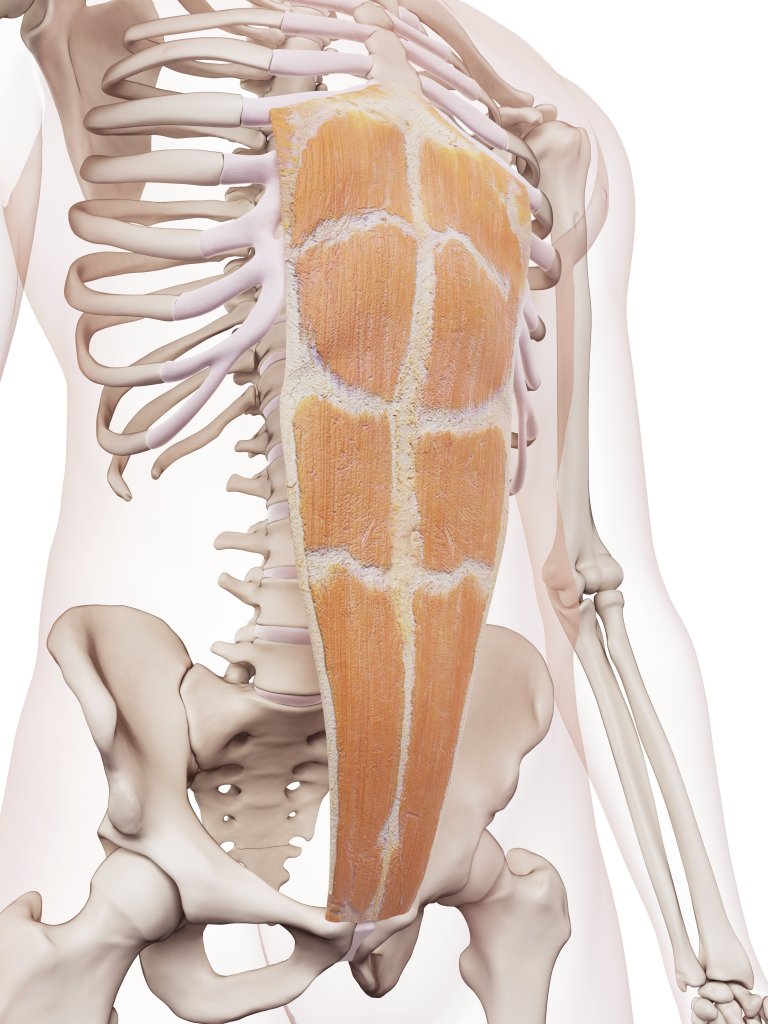 This muscle is perhaps the most famous abdominal due to the six-pack definition it gives to the abdomen on the surface when it’s well developed. The muscle originates from the mid-area on the front surface of the pelvic bone and inserts into the base of the Sternum and some Ribs (5th-7th rib to be specific).

It is divided along the mid-line by a band of connective tissue known as the Linea Alba. Each side is further divided by a series of horizontal lines into square sections, which give the muscle an appearance of the celebrated and sought-after six-pack.

The main function of this muscle is to bend the spine forward by pulling on the chest when the pelvis is fixed. On the other hand, when the chest is fixed, contraction of the muscle tilts the pelvis backwards. 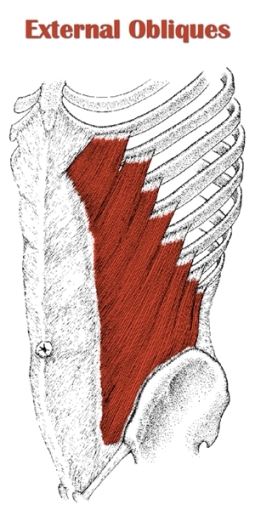 The External Obliques are broad, flat muscles which span the sides and part of the frontal aspect of the abdomen. The muscle originates from the outer surfaces of the last 8 ribs before inserting into the abdominal midline (Linea Alba), and upper surface of the pelvic bone known as the Iliac Crest. Its fibers run in a downward and inward direction.

The Obliques are instrumental when it comes to rotational movements of the Torso. When one of the Obliques pulls, the torso rotates towards the opposite direction. For instance, when the Left Oblique pulls, the chest and left shoulders rotate towards the right side. Additionally, the Obliques assist with compressing abdominal contents and rib movements during breathing.

This set of muscles is deep to the External Obliques. Like the Externals, it’s also a flat muscle that spans the front and sides of the Abdomen. Like the External Obliques, its origins and insertion points are extensive. It originates from the upper part of the Pelvic bone (Iliac Crest) and a thick connective tissue that links it to the lower part of the back known as the Lumbar Spine. Its insertion stretches from the pelvic bone and the pubic area, the abdominal midline and the last two ribs.

The muscle fibers are oriented in different directions, which translate to a number of functions. However, the Obliques are considered as prime movers when it comes to spinal rotation. In terms of movement, the muscle can rotate or bend the spine/thorax depending on the active side. Contraction of one side causes spinal rotations while both sides leads to forward bending (flexion).

The Transversus Abdominis lies deep to the Obliques, and runs across the sides and the front of the abdomen. Like the other Abdominals, its origin is rather extensive; running from the ribs, low back, upper part of the Pelvic Bone and the groin area. The fibers run horizontally before terminating into the Linea Alba.

The TA plays a key role in making sure that the spine is stable in both static and dynamic situations. In general, it works together with stabilizers of the spine to ensure safety and efficacy. A stronger TA means a stronger back, which is directly related to greater power output in other key workouts.

Abdominal muscles also bend to the general principles of exercise although they are structurally different from most prime movers of the body. The principles of progressive overload and specificity stand firm.

Muscles change according to the type of stress imposed upon them. Handling higher loads triggers changes that enhance the muscle’s strength and size. On the other hand, handling lower loads with a higher number of reps triggers changes that enhance the muscles capacity to handle repetitive work. This should teach us a valuable lesson. Choosing the best exercises/activities isn’t everything. Your training volume (reps and sets) needs to be tailored towards strength and size as well.

Unlike most muscles of the limbs, Abdominals are heavily involved in both static and dynamic movements of the torso. Let’s take a look at a great example. Abs are the primary muscle involved in the Torso’s forward bending movement, which makes them a huge part of the abdominal crunch. When it comes to the Deadlift, they work together with the back muscles to reinforce the spine’s general stability. This warrants a combination of static and dynamic exercises in the training program although dynamic movements are generally superior when it comes to strength enhancement.

The Crunch is a staple for most core training programs due to the isolation it affords for the Rectus Abdominis muscle. With consistence, proper form and sound loading strategy, the muscle has an incredible ability to gain more strength and size for a distinctive six pack definition.

The exercise does not need any equipment especially when you are just starting out, and it’s fairly easy to learn.

How to do the Abdominal Crunch

Lie on your back, bend your knees to 90 degrees, and cross your arms on the chest so that each hand rests on the opposite shoulder. 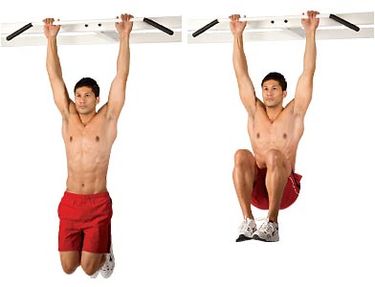 The Hanging Raise allows serious recruitment of the abs when done correctly. It involves the knee, hip, and pelvic movements so it qualifies as a compound exercise you can do before the crunch.

As the name suggests, it’s best performed in a hanging position at a Pull Up station. Basically, the movement involves pulling the knees to the chest to engage the RA and spine stabilizers. The leg positioning can be altered to increase the load on the abdominals. A heavier version involves raising the legs to an L-shaped posture.

Unlike the Crunch, this exercise involves movement of the pelvis and lower back relative to the chest.

Apart from enhancing your RA, the leg raise assists with boosting your general body control and grip strength, which are essential elements of daily physical function and performance in other types of exercises.

The exercise can easily be progressed by using cuff weights attached to the legs, or simply a weight plate between the thighs.

The Ab Rollout does not only enhance abdominal development. It’s also a great exercise for the Spine and whole core. In general, the exercise uses a rolling device on the floor that lets you move the upper body relative to the pelvis and legs.

How to do the Roll-out

The further you go, the harder the exercise. Therefore, start with a small range if you are a starter. Pull the Roller back to the starting position. Arch the back upwards as you are pulling back to further engage the RA.

Best Exercises for the Obliques

Exercises which target the Obliques use rotational movements for better isolation. Let’s take a quick look.

Russian Twists provide one of the most efficient ways of recruiting the Obliques while heavily engaging the whole core musculature.

How to do the Russian Twist 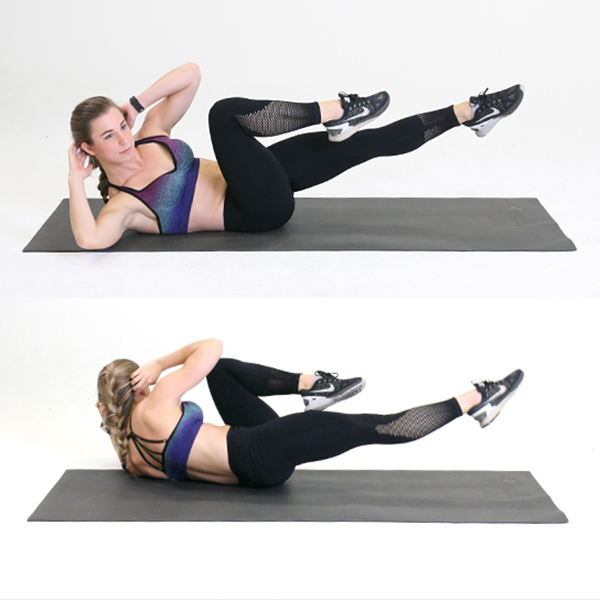 This is a modification of the basic crunch.

– Instead of curling the chest directly upwards, each lift is a twisted curl to each side. Each shoulder is directed towards the opposite knee.

– The rotational movement emphasizes the Obliques, though the Abs are also involved. 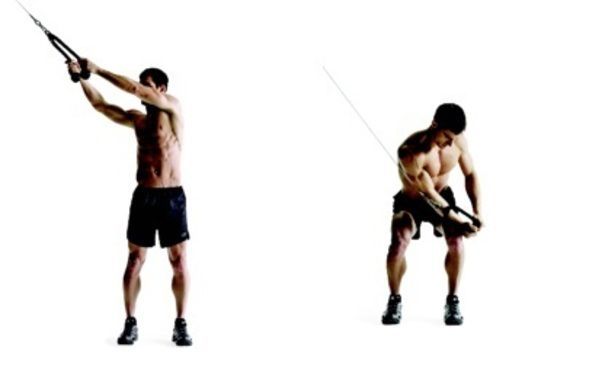 The Cable Wood-chop is another way of engaging both the External and Internal Obliques. Make sure you get the technique right due to the high risk of back injuries if done incorrectly. Twisting the movements can be detrimental to your Intervertebral Discs if done in the wrong postures.

How to do the Cable Wood-chops

The exercise can be done in both sitting and standing positions. However, the standing position is better as you engage more than just your back muscles. You will also be working on your overall muscle control and body movements as well as balance. The sitting position can be great for beginners, as it’s much easier due to limited involvement of the lower body.

Best Exercises for the Transversus Abdominis

As pointed out earlier, the TA isn’t a prime mover of the spine. It’s mainly a stabilizing muscle that coordinates with other key stabilizers at the back to maintain a solid spine in a variety of movements and static positions. Most of the dynamic exercises discussed earlier afford considerable stimulation of this muscle. However, some static exercises which primarily focus on stability afford a great stimulation of this muscle.

This exercise uses your body weight to challenge stabilizers of the spine as well as muscles of other joints such as the Shoulder, Hip and Knee. Generally, you take a horizontal posture while resting on your forearms and both feet for a longer period of time.

How to do the plank

The amount of time depends on how far you can go before experiencing fatigue and a dip in form. However, for variety’s sake, you can start with reps of 10 seconds before working your way up. 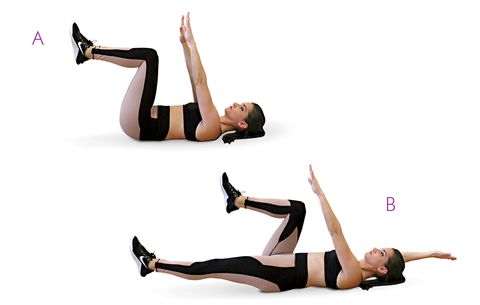 The name and movements form may not be too appealing for weightlifting diehards and heavy lifters, but the Dead Bug stills remains one of the best exercises to train your core, including the TA.

The exercise is based on the observation that there is a direct link between movement of the limbs and the spine’s overall stability.

Here is how you should do it

Remember, opposite sides go together. The left arm should go with the right leg, and the right arm with the left.

You can make it more challenging by holding Dumbbells or securing Cuff Weights to your legs, just above the ankle.