There's an article on CoinTelegraph, that's trying to figure out why so many DeFi (or decentralized finance) coins, applications, and dApps are making use of Ethereum. And I think for people that are in the space, it's very clear. The ERC-20 backend of a lot of these coins, which is what they're already using, is very easy and accessible, it's very intuitive, and there's a lot of software and apps that make use of.

There are all sorts of dApps like Uniswap, or atomic swaps, where you can actually switch out these coins securely because all it asks for is connectivity to your meta mask. And then with that, they're able to switch out BAT tokens for Ethereum, or any number of thousands of ERC 20 tokens, in which maybe only a few hundred are actually legitimate and being used on a daily basis. But it's very easy to get an ERC-20 token going; there's not a lot of technical wherewithal that you need, and you can actually hire someone to do it on Fiverr (or any website of that type) that has a basic level of Python, JavaScript, those types of things in order to get some going and incorporate it into a dApp.

So I really think that the nice thing about Ethereum is that it's really leading the way, even if Bitcoin is the number one and has a 20 times higher price. But Ethereum, in comparison, really has a lot of adoption on its side. And it's being used by a large percentage of the new coins because you don't really want to start from the ground up building a blockchain as most people’s use cases don’t require this technical importance. They want to focus more of their resources on other things, as opposed to the proof of work or getting some sort of novel approach to interacting and getting the consensus mechanism rewards.

But you will see things such as Lethean where they're using VPN, they actually use their daemon wallet and it will actually pull a price per minute straight out of your wallet in exchange for the VPN. So for certain projects that are specifically looking for a top-down approach to the whole blockchain experience, it really is integral to that, but for other ones are just looking for a token, in essence, which will be easily bought and sold within a secure blockchain that people understand (and that they already have a wallet for). Now some people will say, “Well, why don't I just get an ERC 20, as everyone understands it? People have dozens of them already and so many billion dollar coins are making use of this blockchain.“, and as a result, most of them will do that. So I don't see that changing anytime in the future.

When you look at some of the bigger coins, there are other coins as Tron, where you can make your own coin, and it costs at the present time $10 to $15 in Tron to get your own coin going. And there are other solutions as well, for example, BitShares, that are really inexpensive. So I think that there are other blockchains that have the potential to actually get some more traction. But unless something catastrophic (like the cost of interactions with smart contracts and sending coins continuing to rise) happens, then I think that it's reasonably sure that Ethereum will stay high.

I was on a project recently, and we had to interact with a smart contract. When Ethereum gets high, and you want to get a block going in the next 5-10 minutes, you might have to pay a few quarters. And if you do that a few dozen times, you’ll be left thinking, wait a minute, where did five bucks go? It will really eat into your return on investment. So I hope Ethereum continues to rise. And hopefully, there's some sort of way to deal with the demand that happens during a particular time. What I’ve mostly seen is that when it's night in Europe and America, you'll see a little bit of a drop, and what’s interesting to see is that I think most of these blockchains are continent-specific, like I've seen through EOS. There’s a lot of activity in Asia, which means you'll see a spike in certain Asian specific coins when it's daytime in Asia, obviously. Subsequently, if you're looking to mine, or do a proof of work coin interaction, then you'll notice that the rigs fire up in Europe and North America during the daytime, and they get powered off at night. And the price of the time with these hashing rigs will fluctuate up and down based on the daylight hours. But I definitely see DeFi continuing to be strong within the Ethereum blockchain. And for anything to change, there's got to be preserved a high level of difficulty and expansiveness to send one of these coins, which I don't necessarily see happening. It's pretty flat as of what I'm looking at right now, and it's just over two cents to send something, plus they have a transaction time of 39 seconds. So, for all intents and purposes, and unless it gets bogged up, Ethereum has done a good job of pushing things through to smart contracts and making transactions that ordinarily would be über-expensive with Bitcoin much more inexpensive and practical, despite the fact that it's number two cryptocurrency out there. So continued good things with Ethereum are to come.

A lot of people are speculating on Makerdao in the DeFi space with their Ethereum by staking it. And it's all being done on a CDP securely. In exchange for doing that they'll get DAI, which is pegged actually pretty tightly to the dollar. And when you take a look at Dai and Makerdao, it's all backed by Ethereum. So it's not like Tether (USDT) or some of the other ones, which would say “Oh, we have it in the bank account, don't worry about at all, we're trying to save money by not buying expensive auditors.” I think the “trust but verify” situation is much more of a realistic solution. And with a lot of these stable coins, there's a lot of trust exercises going on, but with Makerdao, you can verify their claims on the blockchain. I think about two or 3% of all Ethereum is staked so if it does drop, then Makerdao will do a liquidation of those tokens. And if it goes up, then obviously the people that staked it will benefit from that upward appreciation. So Ethereum is just doing an awesome job with dApps and is continuing to scale, even though that most of the dApps (only about one out of the top 10 by volume) if you exclude like MakerDao, make use of the Ethereum blockchain. Overall EOS and Tron are the leaders with EOS being the dApps king overall. But for the time being, Ethereum is the DeFi king.

This text was taken from my Podcast "Ethereum DeFi dApps Reign Supreme" at https://www.spreaker.com/user/11271012/defi 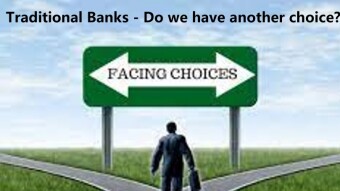 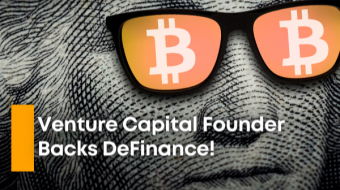 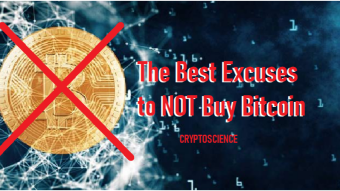