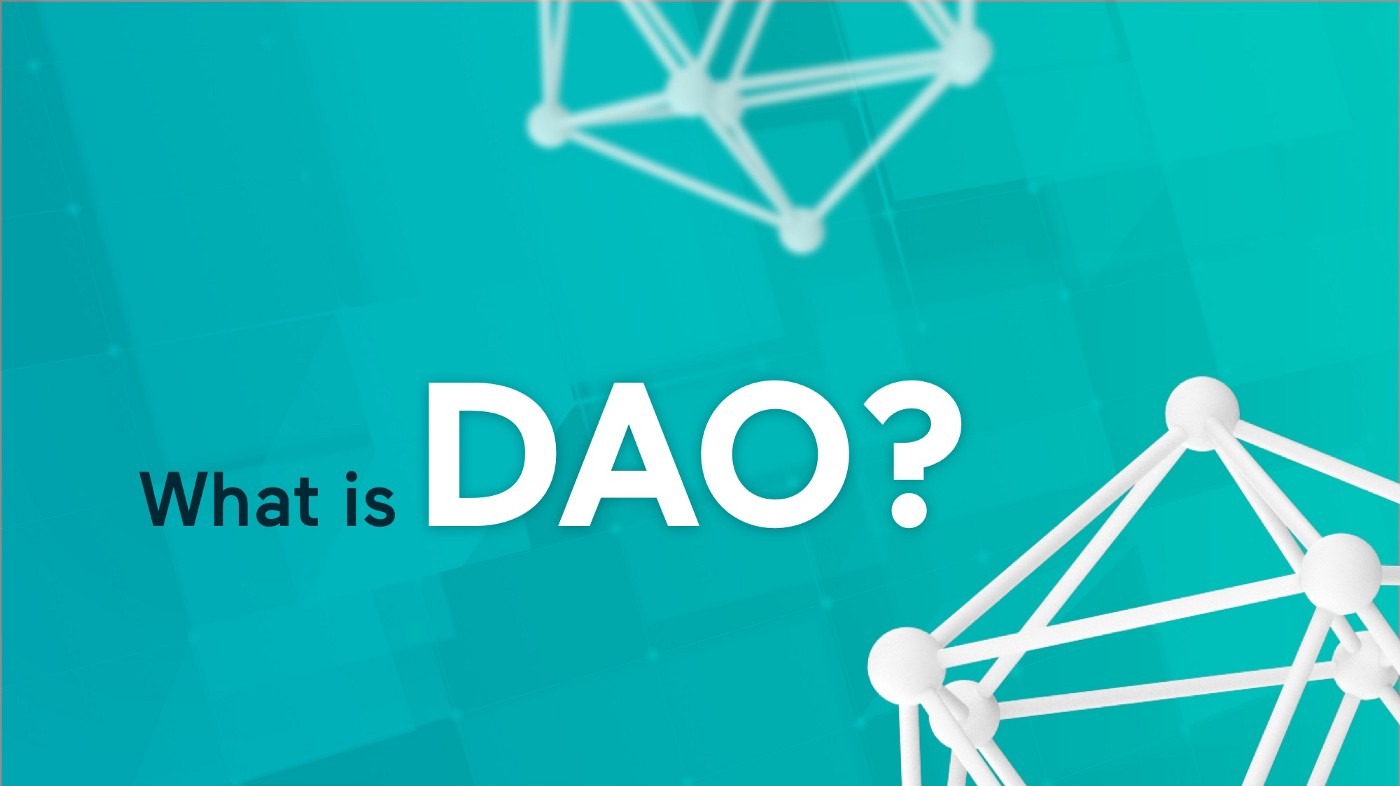 What is a Decentralized Autonomous Organization (DAO)?

Chances that you’ve already heard this are big, but let’s say it again: “The year 2022 will be the year of DAOs.” Decentralized Autonomous Organizations (DAO) appear to be the next big thing in business and organization structure.

The best way to describe a DAO is to compare it with the traditional structure of businesses and organizations.

The name itself signals that DAO’s structure is not hierarchical, which means that it’s not governed by one person or entity. While a traditional hierarchically structured company has a formal board of directors, executives, or upper management, who govern every business aspect, DAO’s governance is based on the community. All members of a DAO need to vote for any changes to be implemented. The rules and governance of each DAO are coded in smart contracts on the blockchain and cannot be changed unless voted upon by the DAO’s members. If anyone tries to do something that’s not covered by the rules and logic in the code, it will fail. The treasury is defined by the smart contract too, which means no one can spend the money without the group’s approval. In traditional companies, changes can sometimes be implemented by a sole party. Their operations are kept private inside the company or are sometimes known only to the people in charge. On the other hand, DAO’s operations are fully transparent and global. Every decision within the DAO is presented, discussed, and voted on publicly. DAO’s are funded mainly from crowdfunding that issues tokens, whereas traditionally structured companies are backed by investors.

The evolution of DAOs

The first such organization, conveniently named The DAO, was established back in April 2016. It ran as a decentralized application, on the Ethereum blockchain network. New members could join by sending any amount of Ether to the DAO’s smart contract. They would receive a proportional number of tokens in return, which would allow them to vote on all DAO’s issues.

The DAO’s success was imminent. It soon raised an astonishing $150 million which led to one of the most successful and exciting moments in blockchain history. But then, only two months later, a hacker found a flaw in the code and had begun transferring millions of dollars of Ether to their own blockchain address. In only a few hours, 3.6 million Ether was stolen, which at that time amounted to approximately $70 million. The DAO tokens’ value dropped significantly. The attack was the beginning of the end of The DAO.

The story of the first DAO has since then been an important cautionary tale of the Dos and Don’ts of creating Decentralized Autonomous Organizations.

A new era of DAOs

DAOs have come a long way since the fall of their predecessor. The public regained interest in them as Decentralized Finances grew in popularity in 2020. Their application is becoming more and more diverse, from managing some of the largest protocols in crypto to applications in investment, social communities, media, and philanthropy. According to deepdao.io tracker, there are already over 180 DAOs with more than $10B in assets under management and approximately 2 million members.

They are perceived as the most cost-effective and fair business model ever conceived. Its’ single interest is the business itself. And since they don’t require any executive managers or employees, DAOs are providing a service without consideration of salaries, intermediaries, or even profits.

Companies are transitioning to DAO platforms in order to categorize and automate certain segments of their business which would help them achieve fast scalability and a streamlined workflow while still upholding their quality of service. Businesses are getting more and more complex, and so a properly self-governing DAO has much more to consider when it comes to optimized operation. Companies still need to take into account DAO’s lack of legal or regulatory clarity, lack of efficient coordination mechanisms, and lack of developed infrastructure, to name a few. While DAOs are still years away from complete autonomy, savvy businesses can already identify where DAO-component technology could streamline operations.

In 2022 blockchain’s relevance is indisputable. Due to its transparency, reliability, and efficiency, blockchain applications will be integrated into all aspects of life. It’s already clear that Web3 will be changing the way we perceive our world in the following years. Since it’s described as an internet collectively owned by its users, DAOs will definitely be integrated into its core structure and will determine just how the internet ownership is metered out. 2021 has served as a starting point for new DAO experiments and models. What is more, the landscape of projects and companies working on the tools needed for DAOs to reach their true potential is among the richest in the industry.

The GoCrypto project has always strived to bring crypto payments into the mainstream, not overlooking the importance of DAOs on its path.

The upgraded solution dubbed GoCrypto 2.0 enables truly decentralized payments where the merchant can accept virtually any currency and receive the settlement in its desired cryptocurrency without virtually any central entity in between. The solution would at its core utilize blockchains that support smart contracts in order to enable automatic processing of the payments and its acceptance of payment, routing and swapping of the funds, fee collection, settlement to a cryptocurrency address, or execution of smart contracts, etc. It will also support the connection of third-party bridges that will enable interaction with blockchains that don’t support smart contracts and possibly even legacy payments such as cards and digital wallets.

The Merchant POS system generates a QR code with instructions for the smart contract through the GoCrypto Gateway. The client with his compatible wallet scans the QR code and approves the transactions. The funds are then taken from the client’s wallet and routed either through a DEX or directly into the merchant settlement account. A fee for the service is deducted automatically before the funds hit the merchant smart contract. How the fee is later distributed can be adjusted as the project progresses. At first, the fee distribution would be determined by the GoCrypto project as the creator of the solution but if the governance is later transferred to a GoC DAO, then the stakeholders (GoC holders, developers, etc.) will be able to vote on the fee distribution.

The addition of other functionalities and inclusion of other non-smart contract-based systems will be possible via different bridges that will be either developed and released by the project or any other 3rd party provider that will wish to be plugged into the decentralized payments system. These will be either centralized or decentralized bridges that will enable payments with BTC, credit cards, digital fiat wallets, etc. It will also be possible to add a bridge on the settlement side, so the merchant will have the possibility to receive their settlement in fiat.

The GoC token will be the main token within the protocol. It will be used to reward protocol participants such as stakers, affiliates, developers. They’ll be able to earn GoC through the affiliate program that will help with the spread and uptime of the solution, developers will be rewarded with GoC for their contribution to the development of the protocol and stakers will earn GoC for their GoC deposits as these deposits will enable the governance of the protocol from the community and with the creation of the GoC DAO.

The modular design of the protocol will enable further development and integration of additional features such as payroll deposits, charity contributions, fund deposits, credit lines, etc. to the system to help bridge legacy systems to decentralized networks until we reach full decentralization of payments.