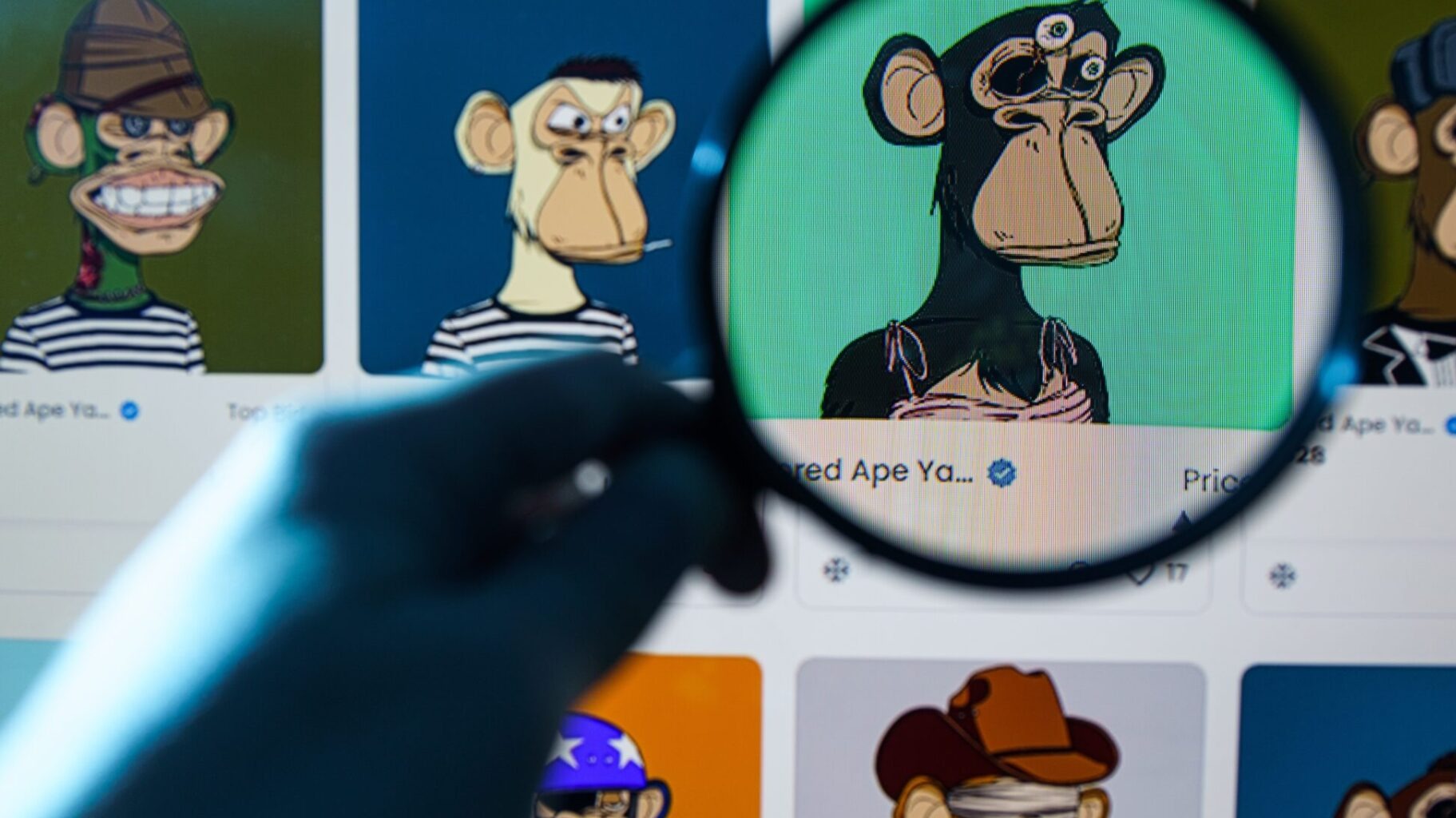 The land being sold is to be part of a coming BAYC-led metaverse project. 55,000 different land parcels were minted by Yuga Labs and brought to auction.

Just the Yuga Labs mint alone has completely reversed the negative trend of volume within the NFT market.

New studies have identified that the NFT market as a whole has been struggling for months, with the daily amount of NFT sales plummeting from highs in 2021. From August 2021 until November 2021, the NFT market was posting daily sales routinely near 1.2 million. This was generating an outstanding $500 million - $1 billion in daily sales. 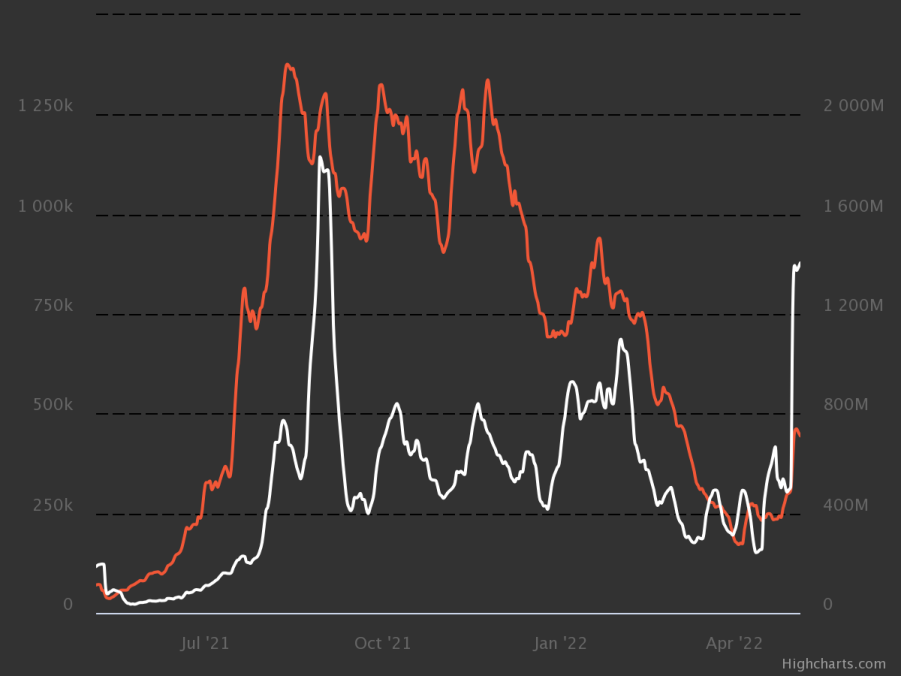 Since the cryptocurrency market peaked in November 2021, NFT sales had ground to a near halt. For a time, sales volume remained elevated on diminishing sales, showcasing the potential NFT value bubble popping in real time.

Many NFTs that were purchased for millions of dollars just months prior could barely get bids worth even a percentage of the prior NFT’s price.

At its market bottom, daily sales had fallen an estimated 92%. The resurgence in the market came from the Yuga Labs virtual land drop that saw ~443,000 total NFT market sales bring in $1.4 billion in total sales. 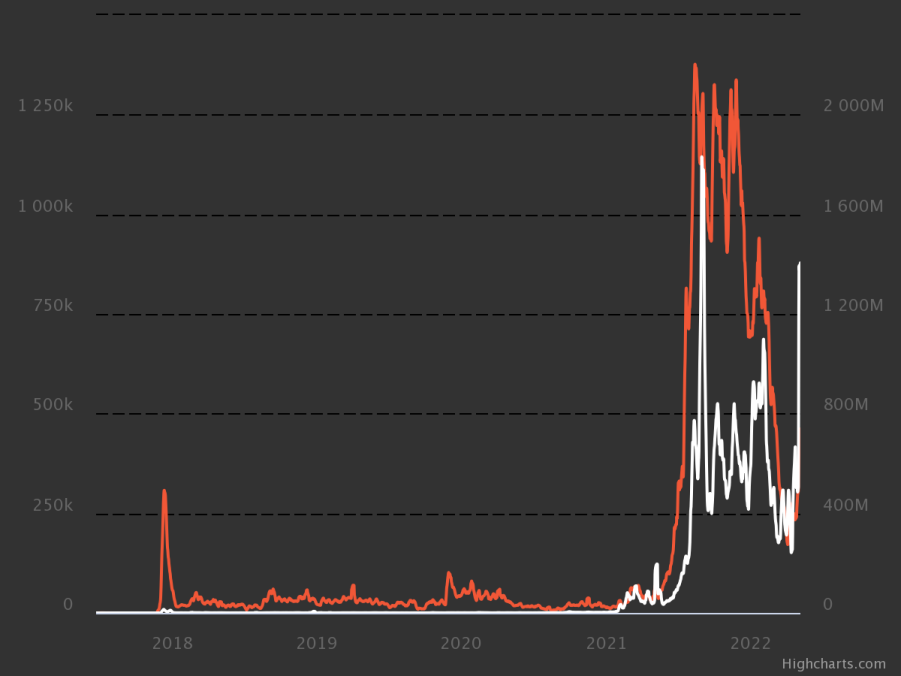 The land sale itself single-handedly brought Ethereum to a halt, with the Ethereum blockchain posting historically high gas prices. It is important to distinguish that Ethereum never went offline, just because it was far too congested for normal wallet holders to use.

Gas prices on the Ethereum network spiked to over 6,000 GWEI on May 1, quite literally making the blockchain unusable for the majority of the Ethereum ecosystem. This effectively priced out nearly the whole market, with basic transaction fees posting gas fees upwards of $9,000 USD.

This major slowdown in Ethereum usability prompted Yuga Labs to state on Twitter that it “seems abundantly clear that ApeCoin will need to migrate to its own chain in order to properly scale” and would like to “encourage the DAO to start thinking in this direction”.

Some users attempting to mint BAYC land spent literally thousands of dollars worth of Ether just to have their transactions fail due to the mass congestion. Part of their public statement, Yuga Labs stated publicly that they would take responsibility and pay back users who lost funds attempting to mint land.

With the majority of the cryptocurrency market extending its overall downtrend into its seventh month, NFTs should and are also declining with the broader market. This also includes the recently released ApeCoin which is down from its all time high of $26.70 (-48%) just one week ago.

Whether the BAYC community will actually launch an alternative L1 blockchain network exclusively for BAYC holders remains to be seen. Additionally, gas prices on Ethereum have since normalized once again.

For the latest on the metaverse and web3, check out our content on GMW3.com