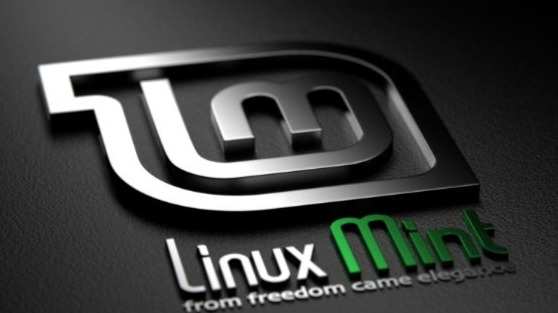 A Windows user describes what you can expect from the open-source Operating System today.

My first encounter with Linux was eight years ago. Back then the operating system was not very popular, it was still difficult to set up and use, and there was not always a graphical installer for it. I must admit - I'm a big fan of the Microsoft products! I know them very well and I am using them both personally and professionally for more than 25 years now. However, 2 months ago, I had to search for an appropriate OS for a netbook with an Intel Atom processor, which had only 1GB of memory and SSD with only 20GB of capacity. Of course, my first logical choice was the 32-bit Windows 7 Professional. Unfortunately, right after the installation, it turned out that the netbook was working very, very slow and the free space on the SSD that left free after the installation was too inadequate (Windows 7 uses 14GB after installation, and before applying any updates). Then I thought for Linux. Since it was the netbook of my daughter and she does not work with complex Pivot tables in Excel yet, Linux seemed like a good choice to me. When I began experimenting with Linux, I literally got ... enlightenment!

In the next two months, I have installed and tested various Linux distributions on another four computers, including my home PC, which was working with Windows for three years before that. The Distributions I have tested were CentOS 6.6, CentOS 7.0, Ubuntu 14.04, Ubuntu 12.04, Mint Cinnamon 17.1, Fedora 21 and OpenSuse 13.

What is common between all of them? The first thing you would notice is that most of them can be run directly from the LiveDVD when you start your computer or your virtual environment, so they can be tested without actually installing them on your hard drive. I was impressed that all the hardware on each computer tested was recognized automatically – devices like wired and wireless cards, sound and video controllers, monitors, cameras and so on, are started automatically. This is strange comparing to Windows, where in most cases a lot of hardware devices usually are not recognized automatically, and the users need to install the drivers manually or run at least one Windows Update for Windows to find them. Of course this process is also accompanied by at least one-two restarts. A point for Linux – this was a pleasant surprise!

For my home computer I have made a radical decision and I have informed my wife that we are switching to Linux permanently. Bye-bye Windows. She was a little worried at first, but then decided to trust me. What I have chosen as a distribution was CentOS 7.0, which will probably seem as a strange decision, given the fact that it is usually used on servers. However my choice was the right one. The installation was smooth and quick, it took about 20 minutes including the initial software update. The installer was graphical and I completed the installation easily by providing all the answers to the questions asked during the process. Again, all the hardware was recognized automatically and started to work immediately after the installation was completed, without having to install anything additionally.

After the successful installation, I had to use my webcam Logitech, and the 3G module for the mobile Internet connection. I was worried because when using them with Windows, both devices required specific drivers and were not installed automatically even by the Windows Update service. After a quick check I could not find any software for Linux on their installation media. Anyway, when I plugged my camera in the USB port there was a big surprise! It was detected at once and I could use it immediately with Skype! No drivers or software needed! Just plug and play. The same thing happened with the 3G module – it was immediately detected by Linux when plugged into the USB port on my computer. The only message I have received was asking me to indicate the mobile operator (in my case - Globul), and then to enter the PIN code of the card. After that I saw message saying: “Connected”. I was on the Internet in seconds! This same operation under Windows took me about 10 minutes and it was definitely not as easy as it was here.

For more than 2 months now we are using the CentOS 7 and we have no intention of changing it. Why? At home we are not using any fancy applications such as Adobe Photoshop, AutoCAD, Microsoft Office or similar. The integrated office suite LibreOffice is just perfect for viewing documents created with MS Office, and also the PDF files are opened automatically in Linux, not even Adobe Reader is required. My next surprise came when I needed to watch movies on the Internet. The installation of the Adobe Flash plug-in took about five minutes and was done in the exactly same way as it was in Windows. Furthermore, the offline movie player for Linux – VLC, also took me about five minutes to install, and voila, I was ready to watch the standard DivX / Xvid movies with subtitles support for my language!

A taste of Mint

I will not go into details for all the tests I have performed with all the distributions of Linux mentioned above. What is important, and you should definitely pay attention to, is Mint Cinnamon - my greatest surprise. A friend of mine, also working in the IT industry, advised me to try the Linux Mint and I can confirm that this is probably the best distribution to date. Why? Here is why.

Well, the users can easily and quickly get detailed information of the load on the system. There is a tool similar to the Task Manager in Windows with even better functionality. You can immediately get information of the space used on your hard drive for example, how it is divided and what file systems are they formatted with. You can run several performance tests to benchmark your system. You can get also detailed hardware information including part numbers and serial numbers of all hardware devices. To get the same information within Windows sometimes could be a painful task, including the fact that you may need to install third-party software products.

The other impressive details about the Mint were related to how quickly and easily I was able to set up all user accounts, the support for the Bulgarian language keyboard layout, and the other localization-based settings. Furthermore, it was really easy for me to find and install my most-used software products and services like DropBox, Google Chrome, VMware Workstation, Skype and TeamViewer. I had no particular difficulties during their installation and everything went as smoothly as with Windows.

I have noticed also that the sound volume can be increased more than 100% - clearly there is an additional mechanism for amplification, which in Windows is not present. The screen resolution and the screen brightness can be also easily adjusted. The user has the impression that Linux is designed to serve him, and everything is very intuitive and easily accessible, literally two clicks away.

Another small but important and convenient feature is that in Linux there are practically no viruses. Therefore you do not need an antivirus program which usually slows down your Windows computer.

As a conclusion, here is the most important detail of my experience with Linux – Working with the command line (Terminal) under Linux is nowadays reduced to an absolute minimum. In general it is equivalent to the time you have to spend anyway with the command-line in Windows (cmd). Except for the occasional "ping" command I think you may not need it at all!

* This article was also published in the May 2015 edition of the Personal Computer World magazine in Bulgarian language.

Get coins from Cloud Mining, Faucets and Investing.