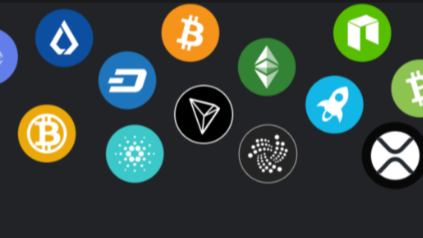 Is Electronic/Crypto Money the Future?

Is Cryptocurrency here to stay? Well that is really not the question, the question should be who will control cryptocurrency once it becomes the only exchange medium. Because a form of electronic exchange is the future, maybe it won't even be one of the crypto currencies we have now, maybe it will be one that has not made its appearance yet and that will evolve with all the additions that are being made daily in the crypto world. Right now we are seeing governments actually creating cryptos, taxing cryptos, banning cryptos, but they are being noticed by everyone so their coming into the mainstream is even now becoming a reality.

But actually I believe in the future usage of crypto or some sort of electronic cyurrency as the future of money because of something that I have found to be constantly true, whenever some newfangled idea, something that maybe is not even in existence is part of a science fiction creation, be it movies, literature, comics etc, invariably we see something similar come into existence as time goes by. You know like flights to the moon, electric cars, supersonic flights, the internet and myriad other things that have first appeared as science fiction and right now are taken for granted.

Well electronic currency has been a part of science fiction practically forever, and you can see most science fiction movies talk about credits which are carried around in some sort of token that is rechargeable, and I think we are getting close to that. In fact I think banks and other financial institutions are aware of this and that is why they try to label crypto as a fantasy and not something viable, while they are trying to corner the market. I think the evolution of crypto from nerd country to mainstream is just around the corner.