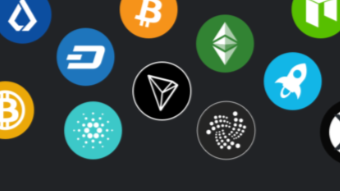 Can You Really Make money Writing on These Platforms?

I started hearing about crypto around 2013 mainly Bitcoin, now I was never able to put in any money mainly because the only way that I could do that was with a credit card and I gave up on those about ten years ago because I was getting more and more into debt because of them. Of course I would have probably lost that money because I have  gone through three computers in this time and I don't know how to save the wallet details yet.

So the only way I have been able to obtain any crypto was through faucets which certainly won't make anyone rich but a few years back you could get a nice amount of Satoshis with them, I was able to accumulate about 0.01 Sats which isn't bad, but as I couldn't get them into my hands I gambled them and more and of course lost them, I did enjoy palying with them though so nothing lost really. And then I found Steemit, I could make money writing and lots of it too, now I don't really understand what my idea was because of course I have never been that good at communicating with others and writing has never been a forte. But I stepped right in and started posting.

The first one was flagged by someone who known as @asshole, not a great beginning as I just made about 3 cents on that post but I don't know why that just made me feel I had to show someone That I could make money off of writing even though I was aware I sucked at it, and I started bombarding Steemit with posts, well not bombarding but I was posting regularly, at least three or four times a week and after a few months maybe close to a year I had about $350.00 worth of Steem that I could cash out, and I did want to cash out just to see if it was possible to get this money in my hands and know I wasn't just wasting my time.

Cashing out the first time was difficult but i found a site that is called localbitcoins.com and I tried it, I changed my Steem for BTC on blocktrades.us and then they sent the BTC to my localbitcoins account. I looked for someone interested in them and I found someone from North Dakota I think, he told me he needed the BTC fast so I just transferred it without knowing if he had paid, but no the money was sent via Western Union, it was a most favorable trade for both of us.

So I have sold some more Steem and have gotten over $,1,000.00 for it so yes, you can make money writing for one of these platforms, of course the better you are and the more you interact the more you will make, but I am satisfied, I know these sites are not scams and I know I can actually make money just writing about what comes to my mind, post it and see if it receives some acknowledgement from someone, it is hit and miss but I am unemployed and time a commodity that I have a lot of.