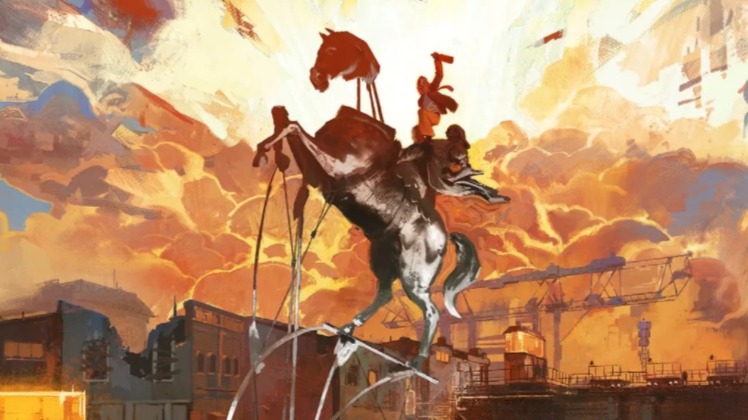 So, you wake up after a raging night of alcohol, drugs and who knows what else. And, in my experience, ragers were "students in a dorm room drinking anything they could get their hands on" nights. But this one is different. You are older for one thing. Also, the world, life, love, and everything in between has beaten you down to a pulp several times. Meaning, you've got nothing left to lose. And you wake up. 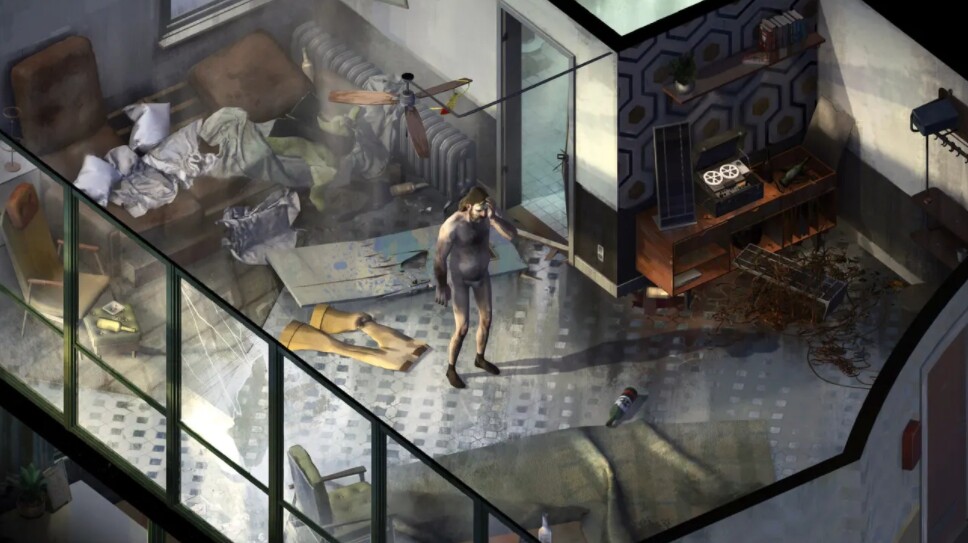 Hello, world. You are greeted by a voice in your head, and you have to fight to open your eyes. After you manage that, Disco Elysium lets you get your bearings in a rock star inspired room, you slowly figure out how the game is played and you could die if you are not careful. There is no hand holding players here.

The premise of the game is that you got so wasted the night before, you have lost all memory of yourself. In the coming days, you get to decide what kind of cop you are. Will you do your job by the book and try to solve the crime you came to solve? Or will you just continue from last night and accept bribes, take shots at kids, become a racist or try out any kind of intoxicating substance you manage to get your hands on? The choice is yours, although the game does want you to try out stuff. At least, if you are an obsessive-compulsive player like me, who cannot stand to see some quests that are not completed in his task list.

Disco Elysium for me stands out as one of the greatest games, not just RPGs, in the last couple of years because of several reasons: the character development, the world building, the story telling and the way they are all intertwined. So let's start with character development. Remember that voice you had to fight to wake up? 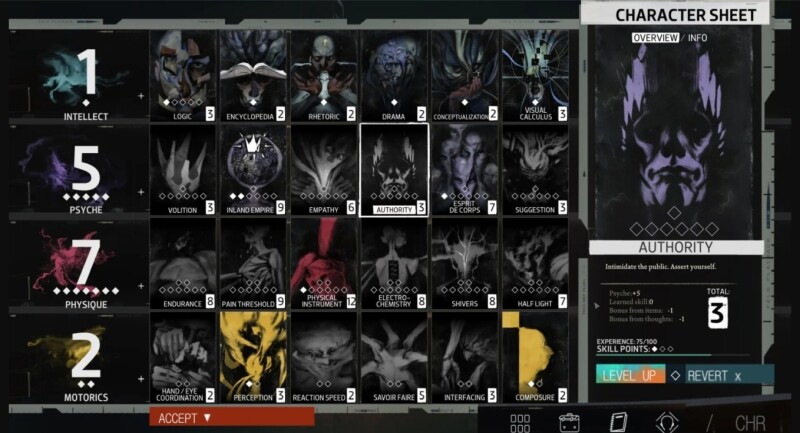 Well, as you progress, you find out there are more of them. Whenever you interact with a person or see something interesting, one of the 24 skills will have something to say, providing additional context, encouraging or discouraging you, or just berating you as you make another mess of a skill check. Another aspect of the character progression is the thought cabinet. A screenshot of that might be too much of a spoiler, but as you level up, the decision is yours. Will you advance that skill you need to pass a particular check or do you want to spend that point internalizing a very wordy and weird thought that has popped up in your head and see if it is beneficial? Most thoughts are, but you should probably stray from some of them depending on the kind of playthrough you are going for.

Artwork in both the skill tree and the thought cabinet is very stylistic, weird and beautiful, but the world is something else as well. As you go outside for the first time, you can smell the desperation. Quite literally, if your perception is high enough. There are war scars everywhere, and you get to relearn the history of the place. It reminded me most of Barcelona, post Spanish Civil War. If it had been carpet bombed to oblivion. Then, as you walk the streets, you peel of layers and layers of backstory, either from prompts in your surroundings or people you encounter and hassle. Just be careful as some realities of the world might be too much for a mind as messed up as yours.

The story telling is very self-aware. A character will ask you have you gone through your list of questions, and you can get personally offended and say it is not a list, but a tree. It also features maybe the best explanation I have ever seen in gaming why a character runs around all the time. At its core, Disco Elysium is an extension of the classic whodunit detective story. You investigate, set up a working hypothesis, interview the suspects, and solve the crime. However, in the manner of choose your own adventure books of my youth, you could go the route of Sherlock Holmes and dazzle everybody with your astute detective mind, or embrace the world and play the hardboiled, noir Philip Marlowe with a major drinking problem. Disco Elysium is everything, but boring, and whichever way you choose, you will not forget Revachol for a long time.

Hope you enjoyed reading this. I tried to keep it as much spoiler-free as I could. I would welcome any kind of feedback as I have not worked my writing muscles in some time, and continuing in the amnesiac main character vein and this game's clear inspiration, I think Planescape deserves the next spot.