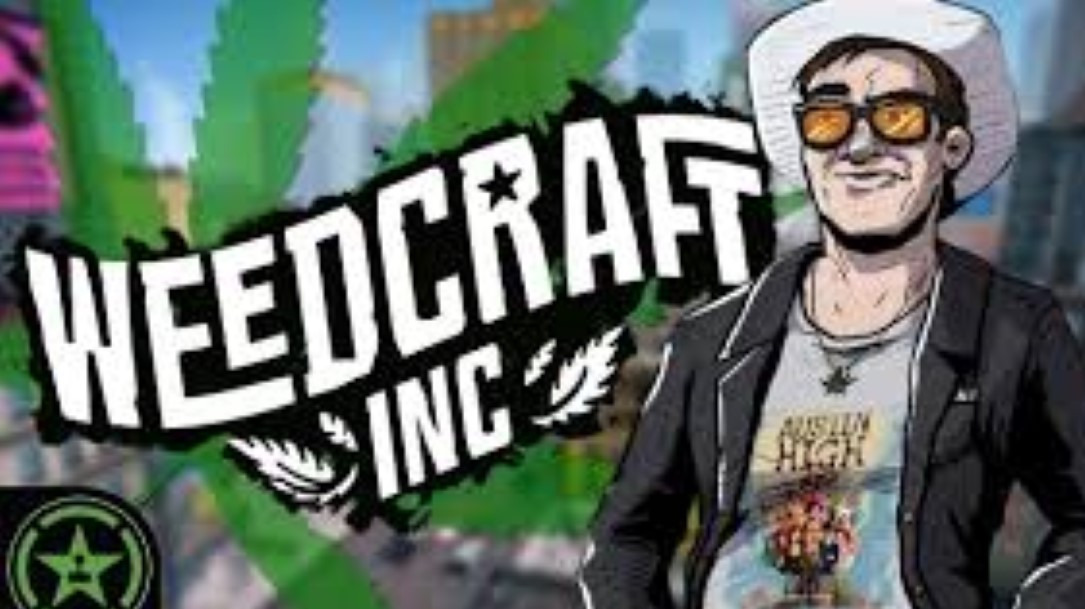 Beware of the expectations you have from some games. And now I do not mean the situation when you look forward to a game because of the ubiquitous advertising and the huge hyping, and eventually it is not the quality you dreamed of. Rather, I am talking about a situation where you create expectations based on the theme the game handles. For example, if there is a game about growing marijuana, you may automatically assume that it will be some tied little stupidity for short-term seizure. It can be quite the opposite.

Villa Monarch and Devolver with their novelty Weedcraft Inc. went much further than was once High Grow, although actually the basic premise is the same - somewhere in the cellar grow grass. In addition, there is a huge number of other layers of playability. With this game, they bring a really sophisticated tycoon, which in fact, thanks to its focus on the market is unparalleled, but at the same time thanks to its focus many can look through their fingers. But the truth is that it brings a surprising depth in the processing of the theme and, ultimately, the gaming mechanisms. In addition, the authors did a decent job of not playing the game as a guide. So the game is not about whether marijuana should be legalized, but about what it represents for society - with positives and negatives.

Ultimately, you decide on everything yourself. Will you help people with medically certified grass, or will you be somewhere on the street corner and use addicts to make a profit? There are not many important decisions here and they start at the very beginning, when you decide which of the two game scenarios you will start with first. Everybody presents you with a different story and challenges. One of them begins with a funeral. You are a young man who has just been hit by a severe wound, and marijuana can be a means of not staying on the street. In the second, you recognize your character behind bars and when you get to freedom, grass is one way to get back on your feet. 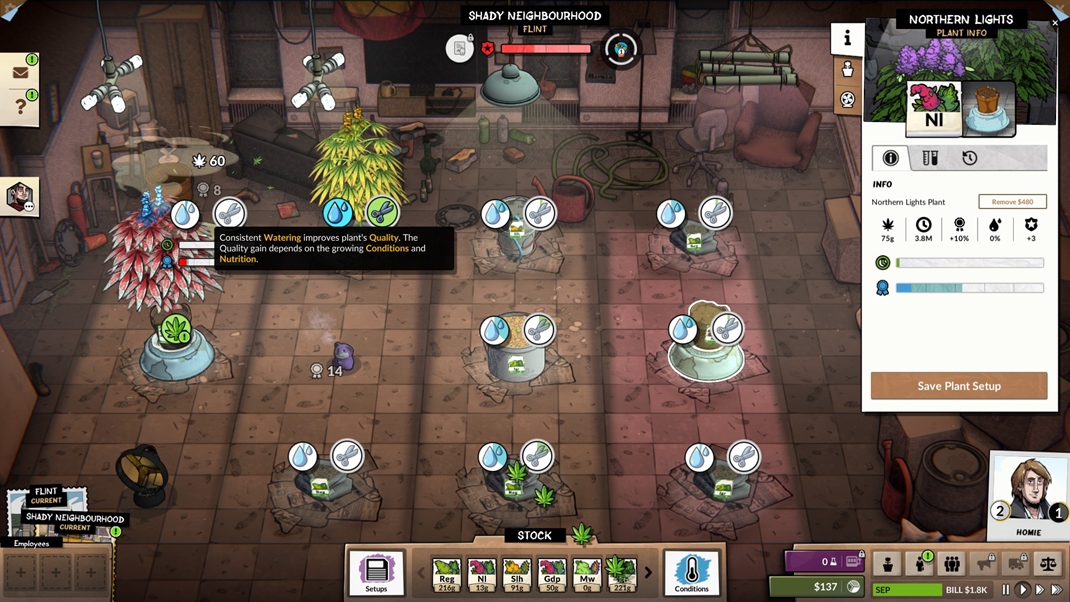 Regardless of which scenario you choose, you will receive your guide / advisor. Thus, the character that accompanies you in the storyline, assigns you successive tasks, but it can also help you with clues and give advice when you don't know what you need to accomplish the current task. As you get new assignments, there are a number of ways to complete them. Again, it is about your morality, whether you decide to deal with the situation in a purely or rather unfair way.

Yes, it can happen in the game. Although you start with you in a cellar with a few plants in broken pots and the old bulb, which warms more than shines. You collect the first grams, sell them on the street corner, but that's just the beginning of the game. As in many other tycoons, you must become a giant of industry. So you start on the street and in the cellar, but you have to go further. You have to find customers, find out what to grow and especially how to grow. This will give you money and it will allow you to grow. You can grow illegally, still sell the grass despite being outlawed. But it may also happen that medical marijuana will be legalized and you decide to control this sphere. The same goes for recreational.

It always depends on the conditions the game provides. But you always start with the fact that this business is illegal and because of that you face certain threats that you might be able to anticipate. At this time, your biggest problem is the police, who can check you for complaints from neighbors, or because of a little familiar smell from your windows. You can help with better (and more expensive) equipment, but also in other ways. As in reality, the cops have their own tastes. Some are for legalization, others can be friends, but others will give you peace of mind 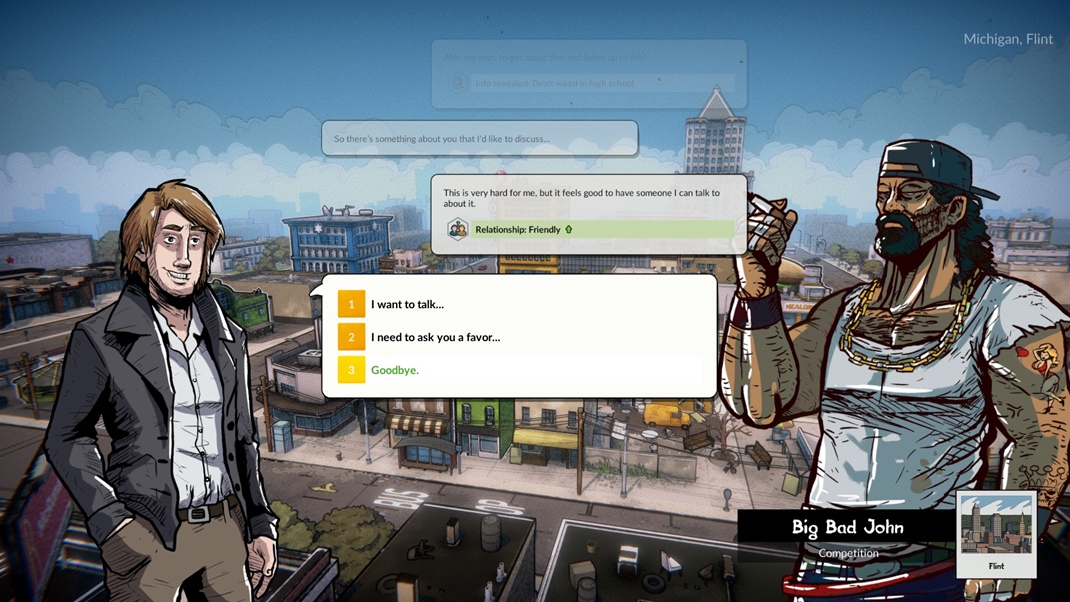 The basic premise of campaigns is that you have to get to the top from scratch, so it's up to you how it happens. The game puts obstacles under your feet, but also opportunities that you must learn to take advantage of. Just like any other tycoon. You are doing well and growing. You are down and go down until you hit the "Game Over" screen. There is also the possibility of borrowing, but that is a risk that also brings with it the opportunity. However, you do not have to move in pure business.

This business is not always tied to one cellar and one corner. You are expanding, buying buildings, hiring employees with different statistics, losing employees, fighting more or less legal competition, and moving to new jobs. Places where, for example, some form of distribution is legalized, so you must play according to the new rules. You may not be so crazy about the police, but competition in these places is a bigger problem. You can be friends with her, you can send your employees there as spies (to steal a sample of a new variety, for example), but you can also fight fairly - you can breed something better, or you can reach customers by price.

Customers, however, are different, have different tastes, but also the reasons. Some are, of course, addicted. Others suffer from some illness or have psychological problems. Depending on this, they also require different varieties. So you need to find the right market in the right place with the right customers and the right goods you sell them. In this respect, the game is a very simplified marketing guide. Gradually, other activities you need to manage will be added to growing and selling. On the other hand, you can delegate some other activities to employees. However, you have to bear in mind that it may not work as well for you as you do it "manually". 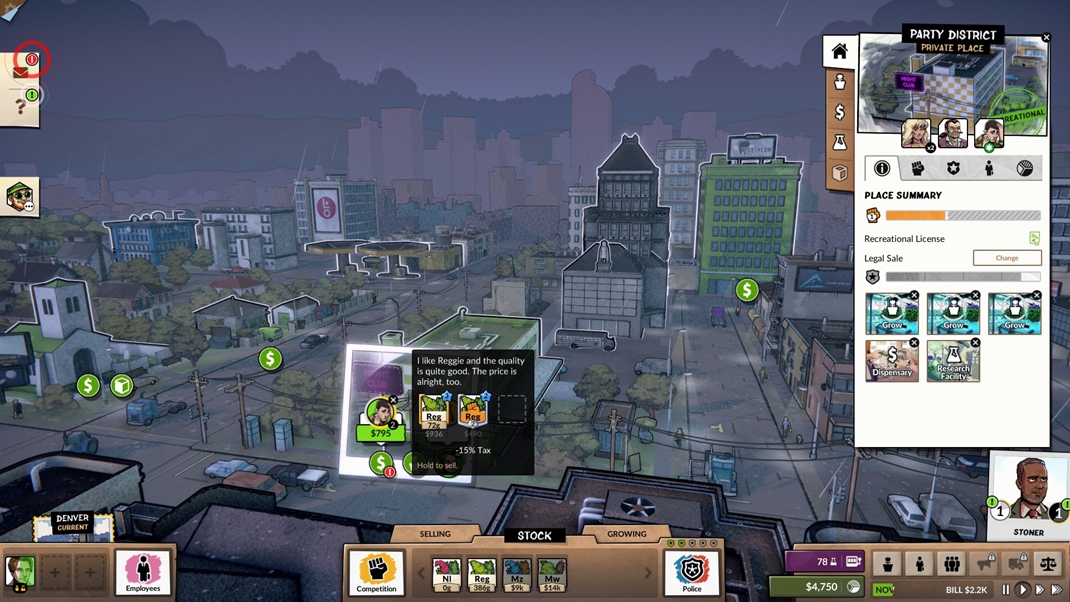 You care about the cultivation environment, you determine the light, the mix, the variety (which you can also cross later), and you also try to create the best conditions to create the best product. You have to either estimate (cheaper and more time-consuming procedure) or investigate the ideal fertilizer ratio and the like. If you do business illegally, you must take care not to attract attention. Many customers come to you, which attracts attention, so open a cafe. In addition, the social climate is changing, and you have to work with it all the time. Police may raid, but vice versa, legislation can be more inspired by Canada and gradually relaxed.

Despite all this, the game cannot completely avoid the boring game loop when you find yourself captured by the constant clicking of the same thing after some time. What a great pity. While fans of similar games are accustomed to it, others may find it more discouraging over time - you spill, cut, collect, sell. Similarly, or it may change into more advanced actions when the basic employees are already taken care of. The depth is still here and you enjoy it, but at the same time you fall into the merry-go-round when you do the same, perhaps with some changes, even though the game gradually puts new tasks in your way. And that's not so much fun anymore.

In my opinion, however, this is not the biggest drawback of Weedcraft. I would call this the fact that playing on the factor of chance may bet more than on its own rules. In managerial titles can not exist without chance. You know it, for example, in Football Manager, where you simply lose the game from time to time, even if everything works out. But here it is a little worse. Some events seem to happen, even if you play to avoid them, because the game simply generates them anyway. For example, a mafioso will come to you and, in return for your financial reward, will offer you the possibility that the cops will give you peace. And a few days later, the police knock on your door, arrest your employees, and seize all your property. 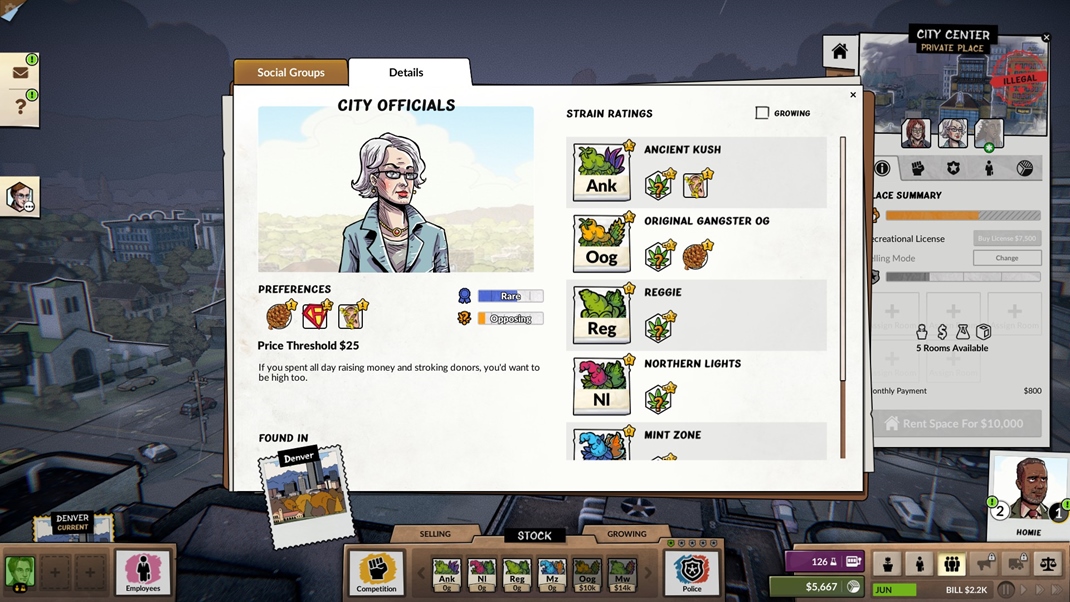 You may argue that organized crime can work in this way, but this is just one of several cases. The game sets some rules, but then comes the moment when they suddenly do not play. It can be relationships (with competitors, police, employees ...), it can be something else that you suddenly find that you should be fine in terms of your statistics or stocks, but you are not. I guess these will be things that the authors will balance in the coming weeks and try to balance them more, but I don't think they are working well yet.

The sound side is not ideal either, but that's a problem that I have more often with games of this genre. It is a game for tens of hours, but there are only a few dull melodies that are listening very quickly. On the contrary, the authors visually hit the game exactly. It doesn't look bad, but at the same time it doesn't need the latest effects or anything like that. A simple and intuitive interface between the city and your individual bookmarks is all you need. All this in a processing that is really good for the game and not so much bloodthirsty on the hardware, so the game can enjoy players with weaker and older sets.

Do not expect any fun recreation from Weedcraft Inc. The game will surprise you by taking on a rather challenging theme and how deep it handles it. He doesn't want to make you laugh, it's not about awkward junkie jokes, and it's not an adaptation of the Afroman clip. It's an honest tycoon for tens of hours, but I think it has two major mistakes. The first is that the game is trying to do a lot of things, and even though many of them are coming out, the authors have not been able to fine-tune them all into a long-term entertaining form. The second is that it relies on coincidence more often than it should be, so even if you invest the time and resources to avoid, for example, certain problems, thanks to a well-built coincidence, you are still waiting. Still, the game deserves attention and has something to offer fans of the genre.