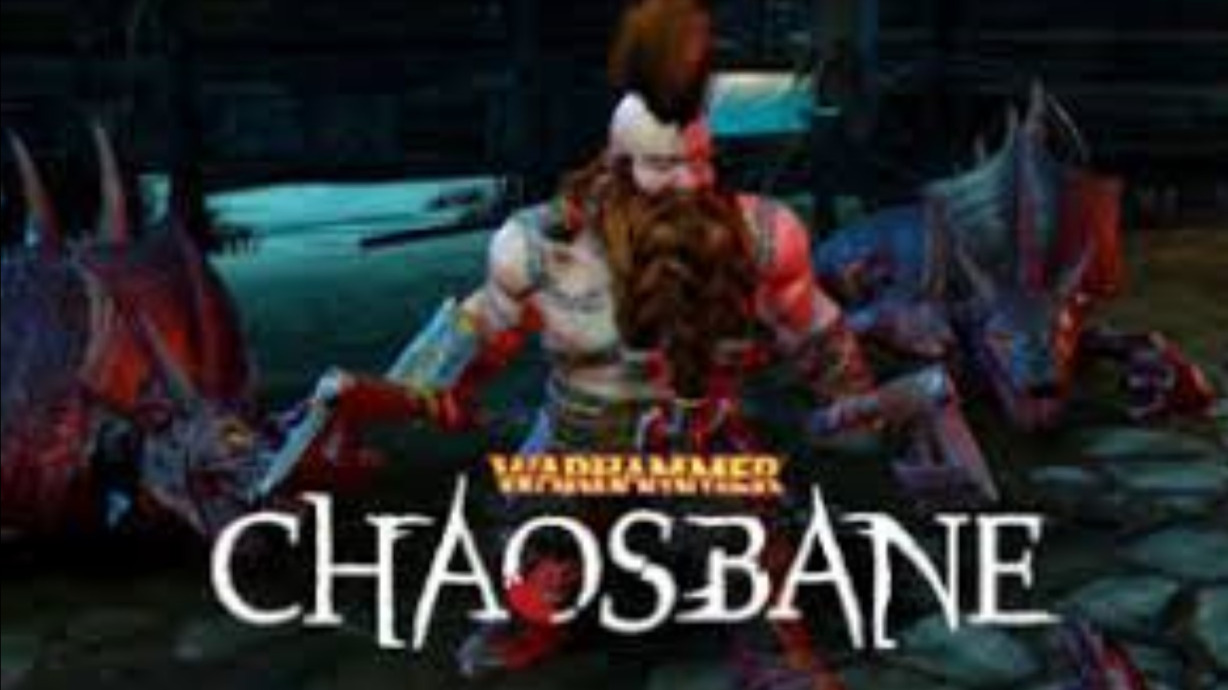 There are four empire heroes to choose from who are not afraid to stand up against the re-awakened Chaos hordes. You can share an Imperial Soldier, an Elven Mage, a Dwarf with an Ax, and a Boy Scout with other players in local or online cooperation. Or you choose the most likeable character and go into it solo, which over time can become naughty. Just because you return to the same places in the settlement, but also underground labyrinths, where your blood dirty your weapons.

In battle you face hordes of enemies that roll from all the corridors. The basic attack gives you the energy you need for advanced attacks and abilities. They are associated with gamepad or mouse buttons and number keys. However, you can change them as you like. You unlock a variety of skills that include improved versions of the essentials, advanced features, divine powers, passive bonuses and add-ons that bring extra experience or emoticons. Divine powers have a special tree where you invest favorably and colored fragments to gain new attacks and modifications, such as increased attack damage, more life or energy. Whatever you want to use, you have to put them in your slots, but the points are taken into account. Advanced abilities have a certain point value and when combined, the sum must not exceed the maximum character limit.

But that's not all. Each character has its own unique ability, such as the mage's etheric manipulation, to control the movement of selected elemental spells. And interestingly, multiple attacks and abilities can be used at the same time. For example, a mage sends a basic attack with fire shots, at the same time controlling an elemental ball or laser and throwing lightning away. And to make matters worse, after gathering the remains of enemies, you can continually activate bloodshed, and the attacks briefly become extremely effective and devastating.

Of course, in a fight where you normally face outnumber, it is often your life. Health is complemented by a healing decoction, which is always with you. You do not have to buy any bottles, the medicinal drink itself replenishes, just takes some time to regenerate. So it will help in trouble, but it should be used wisely and especially when fighting with stronger opponents and bosses to think that you can use another sip after a long time. In mazes, it's always about having to fight your way and bring something, free prisoners or kill someone and, as a rule, still find an exit. If you die, you can revive yourself on site for a fee, or restart the entire maze.

Gold and fragments fall out of the enemies, and ordinary, multi-colored, high-quality items with bonus features fall out of the chests. You change them in inventory and move them to a character model. These are weapons, jewelry, parts of clothing, for a dwarf, for example, tattoos. When you consider exchanging and comparing things, you can see nicely in green and red what each item is better or worse. What about surpluses? Sell ​​or donate in the city, in the collecting community. Donating unnecessary things increases your reputation, and when it rises, you get extra rewards, including new skills. Your reputation and ability will apply to all the characters you create, so when you play with a new hero you already have some bonuses available right from the start. You can put the remaining equipment in a personal chest and you can also use these things when playing with another character. Later, you can also get the blessing of any item, which in practice means selecting a piece of equipment and attaching a few fragments to it. Consequently, its properties are improved.

Combat modes, boss hunting, expeditions, and relic searches are still unlocked as the game progresses, but in practice these are just repeating battles and walking through familiar sites for additional prey. So they do not enrich the game and if you do not try to advance with another character because of different abilities, you do not have many new possibilities. In the individual chapters of the relatively uninteresting story, which lasts about 12 hours, the environment is changing, but the procedure is practically the same. You walk through corridors, perform trivial tasks, and repeatedly return to settlements with NPC characters. You will notice a fundamental lack of levels - very often you go through the same spaces and the levels are composed of several sections that are repeated over and over again. And that's pretty dull. All of this is saved by the struggles, which are particularly impressive, especially after making better skills available. Whether it concerns a variety of spells and attacks, or their visual processing. And last but not least, the game is more fun to play with other players. But there you will find the most bugs that accompany Chaosban.

In the game, players can easily connect with the same characters, and then usually look for a while in the maze. At key moments, especially when talking to NPC characters and entering the boss space, their game moves to the same spot, otherwise they can roam independently. This is basically okay, but the game is unstable and there are often serious mistakes. For example, an enemy character does not turn into a Chaos monster after an interaction, so you cannot complete a chapter because it simply does not appear the main boss. And there are more like that.

Chaosbane has decent dubbing and stylish music. Graphically, it's also not the worst, and even on the ultra-wide monitor, although you could work on the details. However, as already mentioned, the effects of spells and attacks are successful, and you will enjoy them especially in the massive destruction of herds of enemies. The range of opponents, however, could be more varied - although they do not repeat as often as passages in levels.