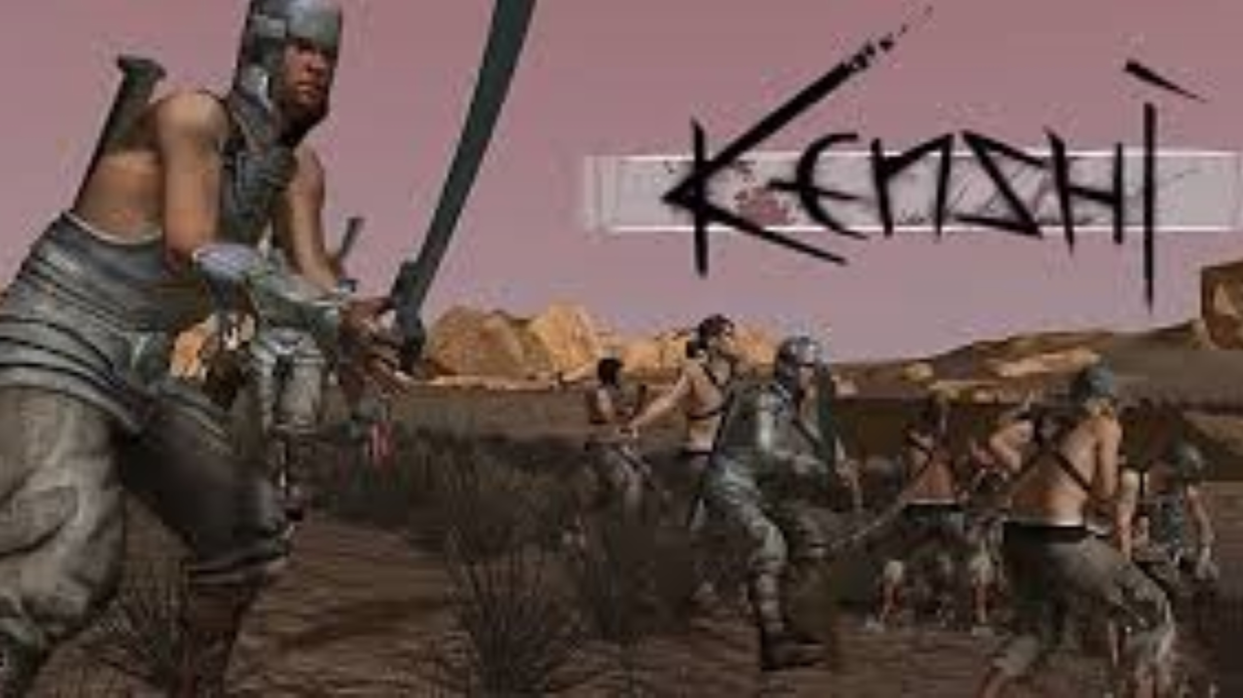 Survival games with a boom Early access emerged a considerable amount. However, few of them were worth hours of survival, even less reached the final stage and a full release. Huge worlds made for exploration have degenerated into a monotonous and monotonous run for grind. A few honest exceptions are trying to expand RPG Kenshi, which gives survival a new dimension. And he remains in the endless cycle of chasing raw materials, producing, discovering and selling goods. Or you can hire people for it.

First of all, it should be pointed out that Kenshi has nothing but truly nothing to give you free of charge, and you will have to wear everything as many years ago. There are no tutorials or demonstrations for immersing in the inhospitable world or introductory guidance by hand. Yet the possibility of doing everything in Kensh is countless. You set up a farm, build your own dwellings, hire helpers, mine ore, try to fight, get hired for various tasks, start trading. Just work it out and it can handle a few percent of players. Most disgustedly avert their gaze and pay attention to dozens of titles that they can capture immediately. At least initially, Kenshi does everything to discourage you. 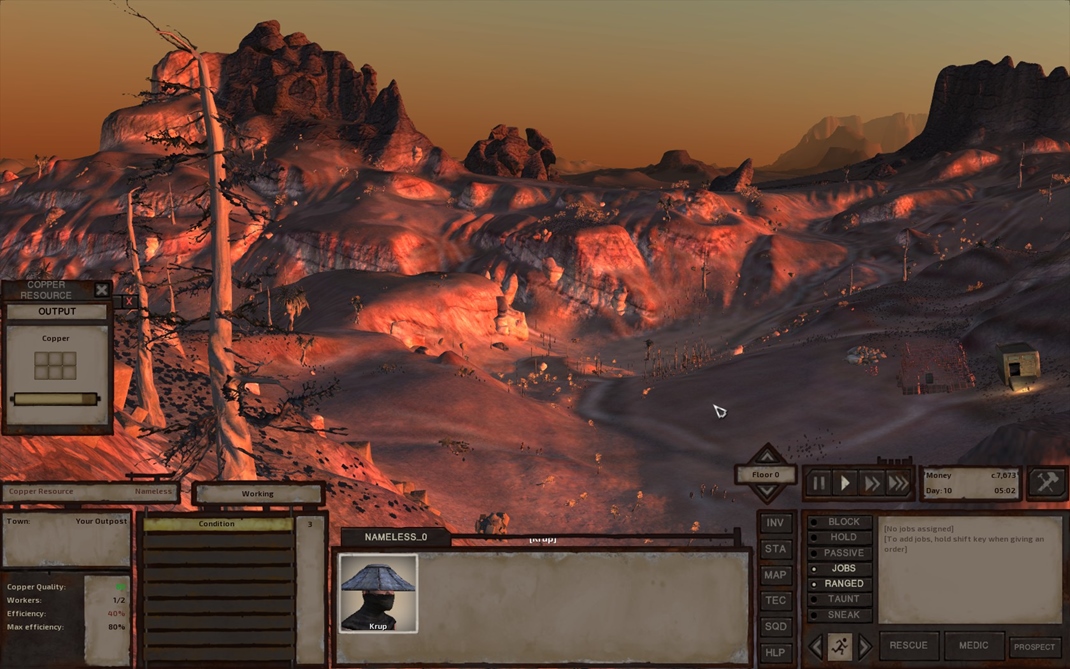 So no one can be blamed if Kenshi condemns - yes, it is. Kenshi is a game that devoting time nowadays makes little sense. You don't have time to dig through tens of hours with infinitely monotonous and extensive gaming systems. Honestly - maybe only a few players without duties in everyday life. At the same time, Kenshi offers a survival in the most crude, sometimes unplayable form. But you can't play for half an hour, maybe an hour a day in the evenings. You will find yourself in a world that is completely devastated, the slave system, along with the intrusive bandits, makes everyone feel what power means. And that's actually all you know at the beginning. You have nothing with you, actually, or anything with yourself. A modest tutorial in text form will only indicate where to click. Or if you want to build at least a modest shack, you need the material to build it.

In most cases, these tips will not help you much, and the only solution you have is to try it. Or translate the Internet, watch tutorials, browse through the tutorials, and you will find that the easiest way is to steal something and then hope for salvation. But it may be the quickest way to jail, the enemy of a faction you may want to trade with later. Rotting in prison is not the best choice for gameplay. In some games it worked somewhat naturally and without harassment (Minecraft), but Kenshi's approach is uncomfortably cruel. It is therefore difficult to bridge the first hours of play - not because the challenge is an obstacle. This in no way. However, many times I thought there were many activities that I would rather do or games that I would be more willing to spend time with. Rather than bother with the stubbornness of the game. Kenshi requires immense enthusiasm and attention from the player. 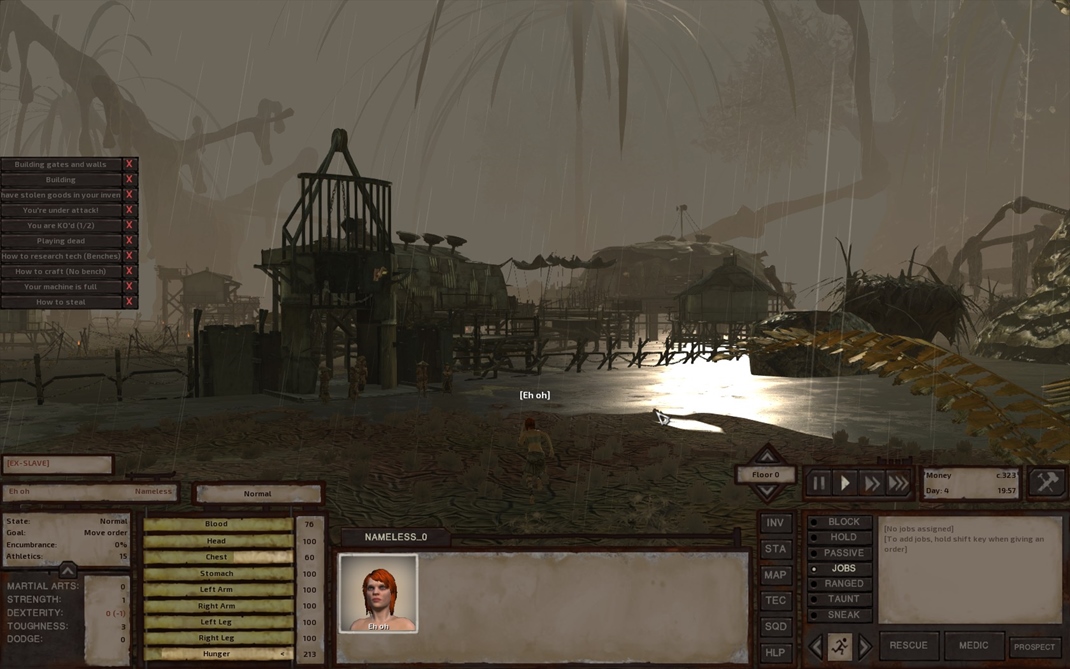 So only the hardcore audience remains. And it will entertain despite death, which at the beginning becomes a true part of the gameplay. If a player-created avatar (in a fairly complex editor) does not die, the enemy bandits will nearly kill him, enslave them, and if your character does not free your character, you become a slave. What can happen at least initially before you can see what is happening. Or be careful when mining ore (and then selling it, so you can afford the material to build your own shack, later a work desk where you invent new items, buildings, objects ...). The story created in this way opens new boundaries to telling your own adventures, but it's not always fun. Unfortunately, you can choose the hero or heroes, their story background, starting conditions and - and maybe you will not be knocked out in the beginning with five adventurers after the first minute, but the chance is poor. Even if you stay on the ground and lose your limb while fighting, the game will let it grow benevolently after healing and does not simulate the cripple life. Although, until this happens, you can try to crawl masochistically for liberation.

You will survive the opening hours when you often watch the world around you and try what you can do here, what you do not have commodities or money for. The basic building element is production, trading, building, creating your own dwelling, objects, machines, and later perhaps even your own settlement, hiring helpers and we are running into tens of hours distant future. It will take a lot of effort to create a functioning company. The harsh conditions will not save you in the future - after desperate fighting attempts to give up (because the bandits are stronger, outnumbered, have weapons and you don't need more), focus on peaceful farming (apocalypse, destroyed world and similar survival fairy tales) cacti, but you can also give birth to apples, bananas or oranges) or pick up a pickaxe, later build a quarry on stones, hire helpers. Even with a small development of your dwelling, you will come to visit a large group of bandits with a request for tax collection. You will bitterly pay hard-earned money or refuse to know that the visit will return soon, but it will not negotiate anymore and will bury your nascent empire in the forfeiture of history.

Working for any activity requires a direct divine patience. The reward for effort in the form of complex and sophisticated systems is questionable. Gradually you improve your character in combat and non-combat skills, so that the enemy after training athletic ability simply escape. Or they will learn to effectively obtain raw materials, defend themselves and so on. The RPG system works naturally: what kind of activity you do, such a parameter improves. It is not a sophisticated system in which you are lost in complex development trees, but you are editing statistics that in turn improve the efficiency of the activity. You'll need almost everything. If you don't have a bandit clamp or a strange cult of religious fanatics whose faith you have rejected, your enemies will start to grind your teeth with strange shapes, but especially for your blood. Admittedly, this is a magical form of making the player grind. 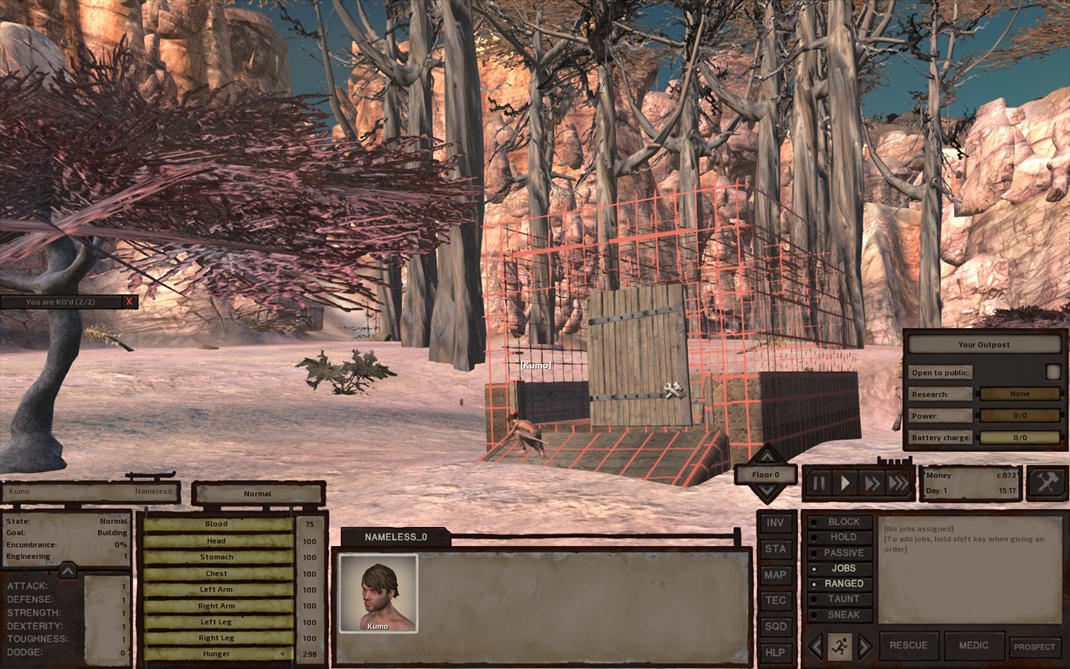 Given Kenshi's many years of development, which was almost exclusively a one-man show, a relatively giant game took its toll on technical workmanship. He was in the preliminary approach for several years. Apart from bugs and technical imperfections, the processing is sparse. The dreams of a diverse environment have come true and will be explored by a vast territory with different habitats, but their visuals are austere. Deserts, stony areas, swamps, forests - what a habitat you can remember can be found here on a huge map. All this is fine, but despite the rugged terrain, the surface texture is simpler, objects around the world a few years behind the standard. Nothing will change even the characters, which reflect the current equipment and clothing, but animation abound in diversity. Similarly, there are sounds and music. They can be characterized as simple. It's not bad for the game, but the mainstream audience will surely discourage it, because Kenshi in the end looks and looks rather unattractive. The interface and controls are on the edge, and sometimes clicking is unnecessarily clumsy, but nothing you can get used to over time.

How do you get out of it? Kenshi is not a game for all. It is also difficult to evaluate because each game is different and you can experience completely different situations depending on which direction you choose in the beginning. In the introduction, he will try to discourage you and it is not at all a shame to give up. It takes time, an enormous amount of time to sacrifice an understanding of a variety of systems - and even if you are out of the water, the game can give you a finger at any time, because that's just life. If you are armed with patience, feel free to add as many points as you want. In Kenshi you will find love because it offers a huge (albeit empty) world with tons of possibilities to survive in a hostile environment, factions that do nothing to you. RPG elements to motivate to improve. Simply survival without tinsel and ornaments around. But be careful not to get burned, this seven is extremely treacherous.