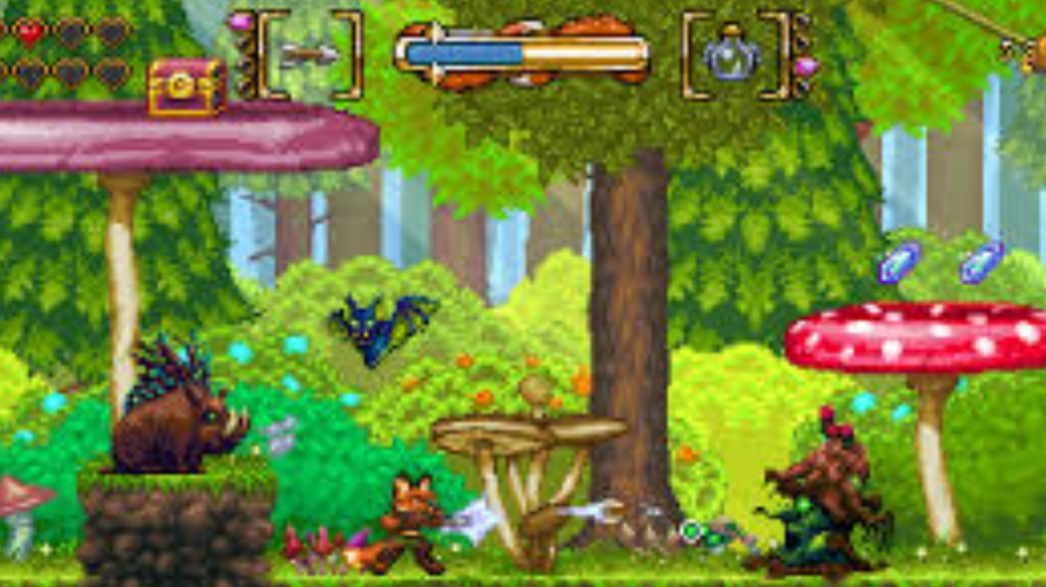 Speaking of retro gaming, would you rather play an older game (which you may have already played), or a new one that comes from these older ones? And is it enough for you, if these older games only replicate their older model, if you expect some newer elements? These are probably questions that don't give sleep to game developers who are trying to find the right balance and bring games that would win the audience. One of them is FOX n FORESTS, which has been out for almost a year at Steam, later on other platforms, and now has a retail edition for Nintendo Switch.

It is a retro title to the point of bone - gameplay, combination of elements, audiovisual portrayal, and a story that is just a pretext for your hero to go on a pilgrimage across different environments and liquidate crowds of strange enemies. In this case, the hero is the fox Rick, who hacks the sparrow Patty to save the world, although at first glance it doesn't seem to be something for Rick. Indeed, some evil power makes mischief with the seasons and creates hordes of plant hybrids trying to rule the world. So you have to help an ancient tree to restore balance to the world.

However, since Rick is not the kind of hero who would immediately throw himself in to save the world (or rather the forest), you have to help him with simple RPG systems and game progress. In the beginning, it is a simple anthropomorphic fox with ordinary abilities, but as you progress in the game world, you will gradually open up new possibilities. In front of the Tree you have a traditional mushroom for improvement and the like, from which you set out on a series of missions to the outside world. It is divided into four parts, and each part is located elsewhere, and consists of a series of missions that we have to move to the final boss. After defeating it, you will get a scroll that will give you another weapon. 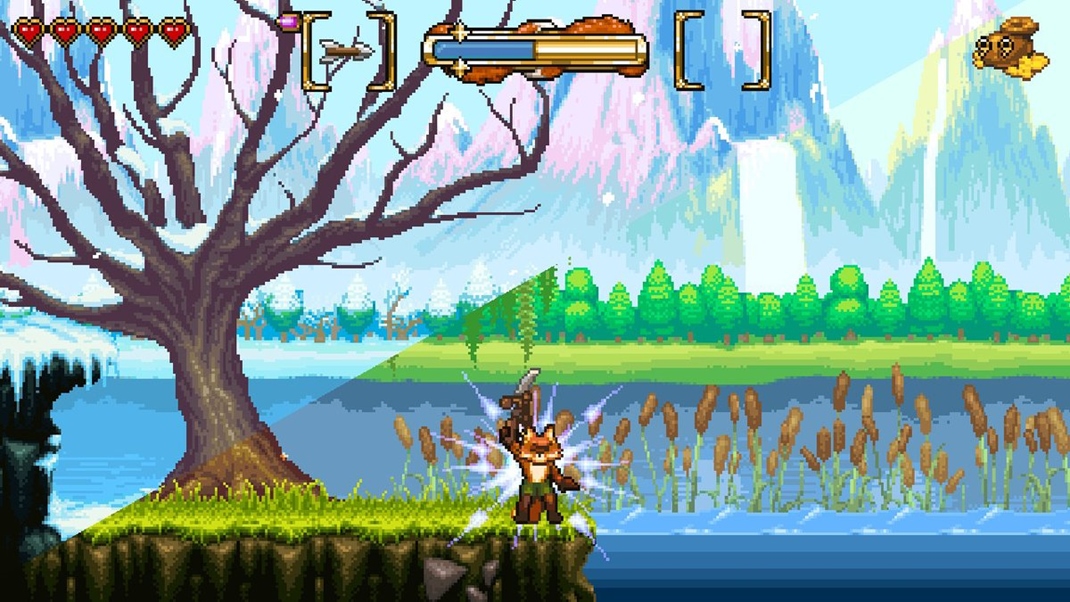 At the same time, in missions you have to collect seeds, which will open other parts of the game world, where the most serious problem of the game, but I will get to it. FOX n FORESTS is at the heart of the classic 2D action game in which you progress through levels, destroy enemies, collect ducats, hearts and occasional mana to help your skills. There is a lot of emphasis on platforming, and you will also find some of the simpler puzzles that the authors pride on on their site, but they are not something that will make you particularly memorable.

But it is distinguished from a huge number of other similar games by one fundamental thing - the mentioned seasons. There is chaos in the world that miraculously allows you to experience not only the four classic, but also the fifth, if you get to it. In the missions themselves, you can switch between two seasons, each with a different impact on the environment, allowing you to overcome obstacles, deal with enemies, and get in one place unavailable in the other . This is where the whole game is built, and it must be acknowledged that it is a fresh and very pleasant concept. All the more because you need mana to induce an alternative time of year, and while you are in it, mana is constantly missed. For example, if you miss the wrong moment, you might end up trapped under a frozen river where you can't stay long.

It is a fresh and pleasant concept until you ask it. Seasons combinations are really colorful and you always have to combine them to get to your destination, while bringing unique effects. All of this is great, but ultimately, FOX n FORESTS is also a bit of a missed variation on the metroid game, which is about exploring the environment and gradually opening it. That is how it happens here, but the problem is that it is not fun. On the contrary, very soon it becomes a poisoning. 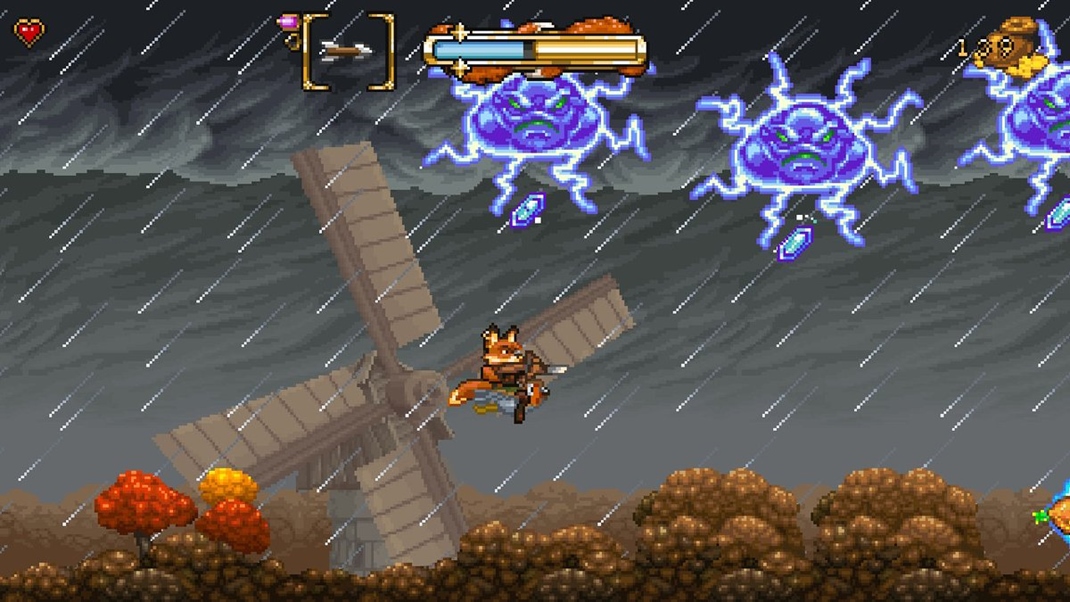 Here and there, from the start of the game, you will encounter colored targets in individual missions. After crossing the first part of the world you will understand that these targets in color represent a weapon to hit them. If you expect to make all new levels available to you, you are wrong. In the case of this game it's a few extra steps, some platforms, a short corridor in a cave, or an open door. That's all. And you do it to get the seeds. Basically, this means that some missions of the first part of the world go four times, and every passing is less fun. In the second part it is three times and so on.

This is not the ideal system for a game that does not offer its game environments more variability to keep you playing repeatedly. If you go the mission again, you go through it exactly the same way, just go somewhere else somewhere else, and then go back to your destination. If the authors changed enemies there, added new variations and so on, I would not be against it. This way I had to take a little break from the game, because I didn't enjoy playing one mission twice on the same day. The game went sideways. It only has 5 hours, so you could go through it on one cool, boring evening. But you won't want that.

At the same time, the missions themselves are quite different from each other, they are really pleasantly variable and, except for annoying flying passages, they can entertain well. For the first time. This is also diversified with boss fights, who always have a good predominance over you, but when you first pass you, the game will offer you a way to overcome them. Classically, you have to learn their attack and defense patterns and get started when the window opens. This is a genre classic, but thanks to imaginative design and variety of situations you will enjoy these fights. Maybe except the last one, which lasts longer than you would like 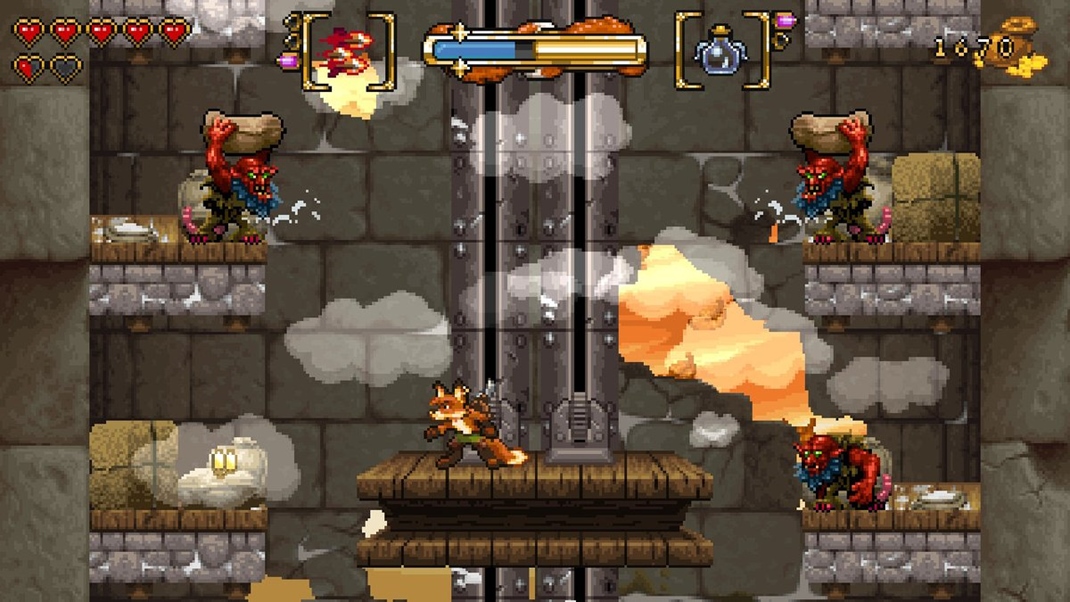 Even the game design did not work so well for the authors and simply cannot motivate the players to the individual elements. You will learn to switch weapons, although some are really only useful for shooting targets. You will also acquire a mana system, which is also depleted of weapons in addition to changing periods. But you will not acquire various magic drinks. They are in the game heap with different effects and you must always buy them before level. However, they aren't embedded in the game in an interesting way, and the lack of proper inventory deprives them of usability, so you will eventually ignore them because you don't really need them.

Personally, I like chiptune soundtracks and I also like the visualization of the 16-bit era, but in the case of this game, it looks kind of generic, simply forgotten, and that's not what you'd like from the game. In other words: the game captures the spirit of 16-bit, but that's it. You want to remember it, you want at least one of her melodies to stay in your head, but unfortunately. From the technical point of view Switch version is worth mentioning interface that works well in handheld and on TV. Also the HD Rumble function is well integrated, which should be appreciated.

With FOX n FORESTS, it's a fun retro game at a nice price, but no more. It's not durable, not memorable, it's just a reminder of what was once. Plus with a few bugs that keep you from getting the most out of it. The biggest mistake is the fact that the game is only fun for the first time, but its design forces you to repeat most of its missions several times, when the fun factor is declining and only boring. And again. And again. And again ... 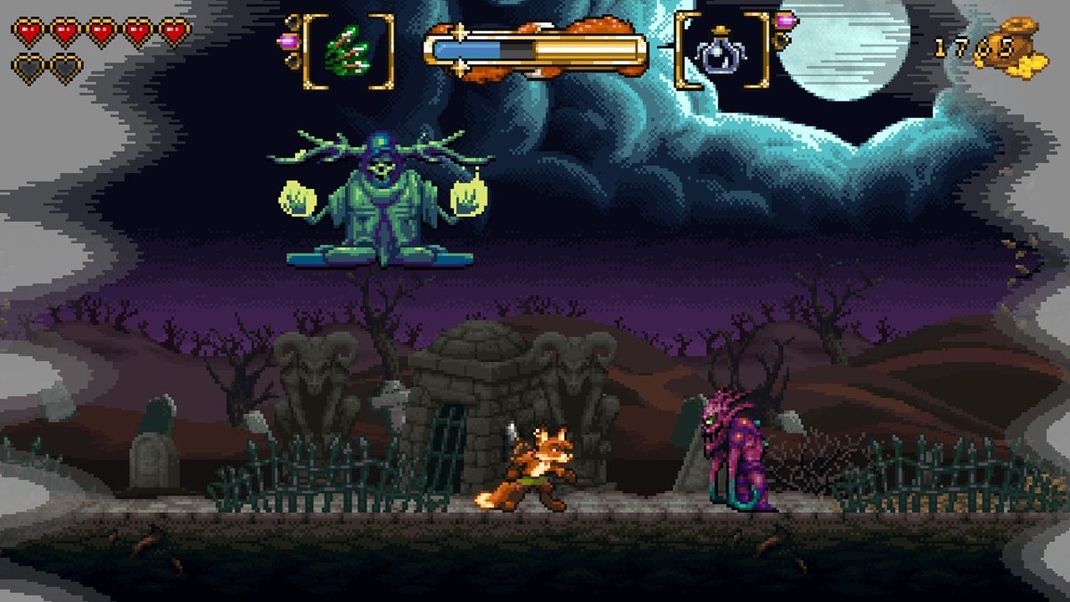