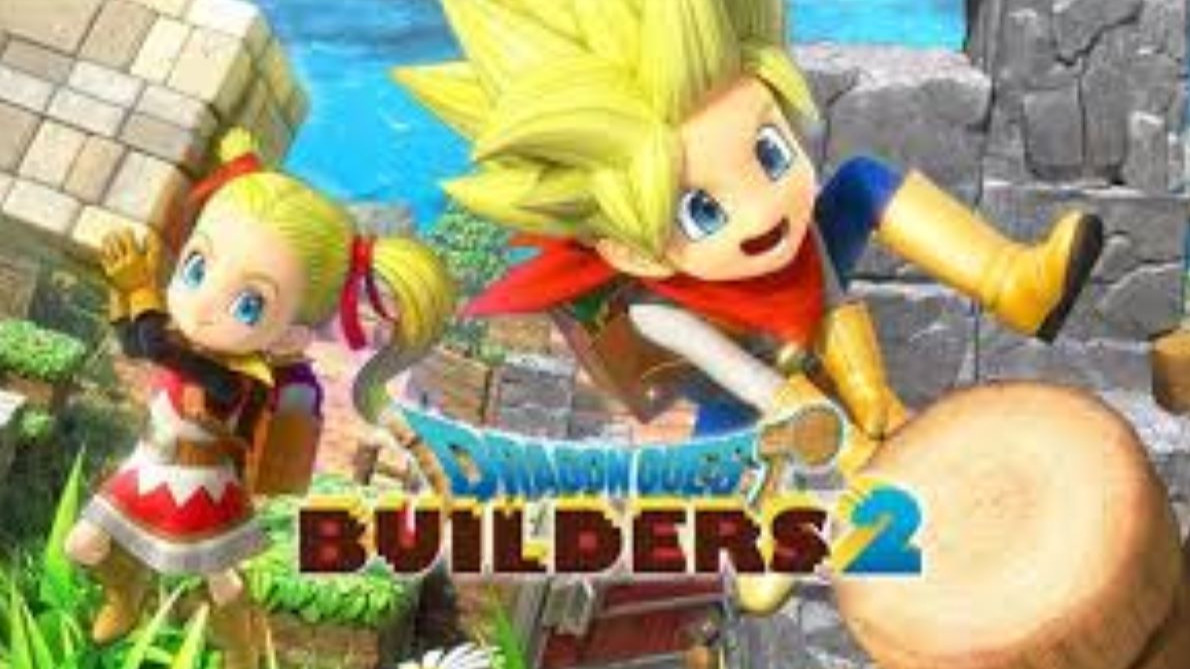 When Builders, a Minecraft clone from the Dragon Quest world, appeared almost three years ago, many players were surprised. Not a combination of two different worlds, but a final product that works and enjoys. The Minecraft-style model of building anything has been enriched by Omega Force developers with the world of JRPG, a few (tens) of infantile quests, and success has also come. The sequel does not boil out of the water, although many elements are boldly copied, but it actually does all the clones of a successful dice adventure. There's just a little more, and this time, with more emphasis on more action-packed passages, the story, and all about building fun.

No need to live in the false hope that you will get a great combination of your favorite genres. First of all, Dragon Quest is a Japanese affair with style and gameplay, so it has a slightly different gameplay, atmosphere and access to players than you are used to. Even the construction of monumental objects is, at least for the first few tens of hours, somewhat tightened in the background. You can go crazy, but manga stylization and sometimes not very cooperative camera spoils the positive impression. Dragon Quest Builders 2 first wants to show you what you can do in the game, and explains how it works in dozens of tasks. You don't even realize that you don't have any castle, colossal tower or anything monumental (and at the beginning unpractical) built and you've spent many hours in the game.

Builders 2 must let that happen. He can be intrigued by the fact that he is not limited to putting dice on himself with occasional interruptions to replenish the hero's energy - a sarcastic wink at the hyper-successful and brilliant Cube Life. A naive storyline is not what keeps you on the screen - it is beyond naive expanding in abandoned lands and revenge of the Children of Hargon but nothing but a smile, but the moment you navigate and enjoy the Dragon Quest universe, you will be in the seventh heaven. Building bright tomorrows will take you to several islands, the inventory will fill you with dozens of raw materials, gradually learn to wade through hundreds of objects that you can beautify your creations. You can not do without farming, get a dog and to make matters worse, remains on your shoulders the burden of caring for members of the growing village.

It is they who advise you on what to do, how to create specific rooms through special plans that you learn over time, what to bring them, how to care for the crop. In return, they applaud you, looking forward to you. The infantile tear has just fallen to the ground. If over time annoying animations could be skipped, I wouldn't be against it. Dialogs shifting the storyline and explaining assignments or specific activities are in text form only, so you won't avoid boring phrases. Each of the characters you find on your journey has specific tasks and interactive tutorial at least at the beginning will not overwhelm you with enormously rich content, but dosages news gradually.

Blocks from which you build everything are traditionally divided into those you find around you (earth, stones, ore, sand), you can further process them or destroy specific objects you jump into the inventory of raw materials from which you produce other blocks. The best example is wood, from which you can create wooden blocks (more types) for building rooms or floors, as well as a pile of other objects (from pins to tomatoes to dozens of decorations). There is a work desk for creating objects where all unlocked combinations are organized into thematic areas and with a description of what you need to create them. It might be preferable to use the bookmark menu, because later you will lose yourself in hundreds of subjects. It happened to me that I hovered the entire filing cabinet with my cursor until I noticed what I wanted to produce. A quick selection would help, but at least the quest items are marked with an exclamation mark.

The most fun comes when you get a big building blueprint in which you have to invest hundreds to thousands of blocks. On a large area, the game will place a chest where you can contribute materials and supplies will be added by your helpers, leaving the building on them. You only get the necessary raw materials. It was much more fun to bother with the construction myself. If the building is on several floors, you are viewing the levels and there is no problem knowing where to place. Seeing how a giant grows under your hands is enough satisfaction for the effort you invest. Of course, nothing prevents you from building your own creations, but as long as you unlock a large number of objects, you accomplish a number of tied quests. You won't miss it either.

Your first farm village will grow delightfully, as you will learn how to grow cereals, tomatoes, pumpkins, salad and much more. Taking care of the inhabitants means satisfying their needs: providing them with food, building a latrine, buildings in which they sleep, a dining room or others, and everyone is happy, helping you not only to improve the settlement, but also to fight. Your efforts are appreciated by hearts and if you collect enough, you can move the village up a level and open up new possibilities. It is always up to a certain limit, but it is a sufficiently attractive progression, especially if you literally enjoy playing and just care for your interactive friends.

In the occurrence of fights has increased in intensity and away from home you may go unnecessarily often. Not only does the creatures loose the necessary loot in the form of specific raw materials, which you would otherwise be difficult to get, but for their disposal you will also gain experience and the main protagonist can comfortably level. It's fine, but the damage you do has been greatly reduced, so you can get your sword, ax or mace. Gradually you are improving, health is growing (on more sophisticated RPG than new equipment or armor and increasing HP is not played here), but over time it's more repetitive boring for senseless fast respawn. Especially with stronger enemies, who can surprise you with quantity. Sometimes you spend long minutes dancing around your opponent, learning when to attack, so that you can jump out of his reach and slowly cut off his health again.

Although you always have a faithful Malroth at your side, a friend who accompanies you on the road outside the settlement, the fight is often tiring. In the story fights, other residents will join you and battles will become even more confusing because you have no idea where you are cutting. This brings us to the negative, which is the biggest obstacle to higher ranking. And that's camera and control. You have a choice between your own eyes and from behind the character, and I have a more first-person view for building and retrieving raw materials, as you can clearly determine which block you want to remove or where to place something else. But the movement and orientation in space makes this camera choice. Everything seems to be speeding up, I didn't know where it was. While you see more from behind the hero, it is more beautiful, but the accuracy goes to the eternal hunting grounds.

Despite the huge number of menus and menus you have access to, everything is handled neatly and easily. Some little things like graphic visuals have not changed. It is tied to the Dragon Quest series and hard to expect austere but functional interface. For all icons you can turn on a tool that describes everything you need and you do not freak for a while. The only problematic point may be the choice of the active object (a hammer with which you break cubes, a pitcher with an endless supply of water, a glove with which you can take anything in your hand and the like) that you change your X-kom, such as talking to the NPC, so instead of changing the subject, you activate a non-skippable chat.

Graphically, Dragon Quest Builders 2 is not so dazzling and you have fallen on your ass. Simpler graphics, however, does not hurt because it is fully functional. Minecraft's ray tracing graphics orgies are far away, but some snapshots are still great, especially if you go somewhere on the mountain and look around the landscape. It is somewhat striking that visibility is not enough and the omnipresent fog does not allow you to see too far. Sounds are simple, dubbing is not, music specifically genre with Dragon Quest. Either it starts to crawl on your nerves or you can safely ignore it.

What Dragon Quest Builders 2 clearly offers is fun for tens to hundreds of hours. Minecraft style building has style and is fun. You can farm, cook or kill monsters, discover new places on the islands, solve logical puzzles or just sail. The content is a huge game, it is not a poor relative of Minecraft, and it is also constantly complemented by the story. Despite its naivety and pathetic nature, it has the potential to attract and motivates to go on quests. The fact that the dialogues are flat and uninteresting is only a specific feature of the series itself or more demanding player preferences. The most important thing is fun and Dragon Quest Builders 2 has a deal, so you often forget about real time.