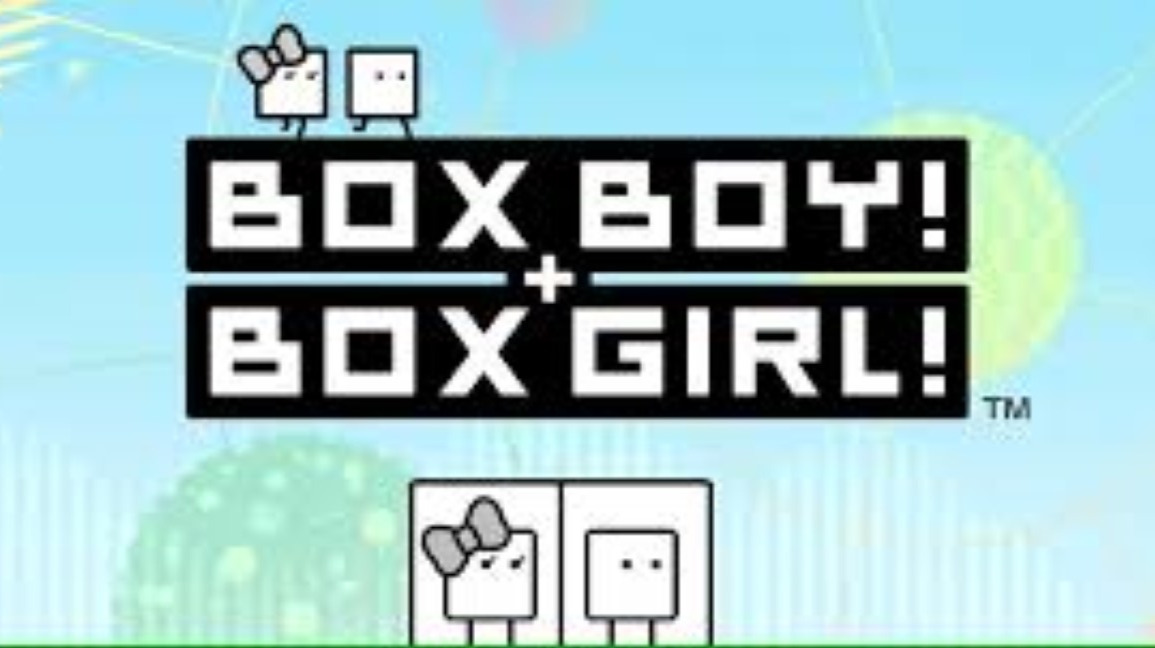 The Japanese studio HAL Laboratory has been operating for over 39 years and is closely tied to Nintendo. After all, their President Satoru Iwata later became President of Nintendo himself. Known in particular is Kirby games, but also the Mother series, but also started the successful battle series Super Smash Bros. In addition, however, many other games and series have been created, but they are not so much talked about. Among them is the 2D logic series BoxBoy!, Which first appeared in early 2015 and now we have its fourth part.

Boxboy! + BoxGirl! they build on the principle well known from previous games. If you do not know them, nothing happens and still get into the new game quickly. It's actually a simple 2D logic platformer in which you control a small character - BoxBoya. As his name says, it's actually a little box. However, as we are in a two-dimensional world, rather a square. This character has in front of him a really varied range of different obstacles, which he has to overcome, but can handle the left rear due to his special ability.

This "box" can create other boxes of itself. It starts once, but you can create more and more of them in different numbers and shapes to get you exactly where you need them. Of course, at the beginning one is enough to skip a gap that you would not otherwise skip. Then the situation gets more complicated and the more you are in the game, the more complicated it is until the situation is clear to you at first sight, but you have to pause for a moment and think about it. 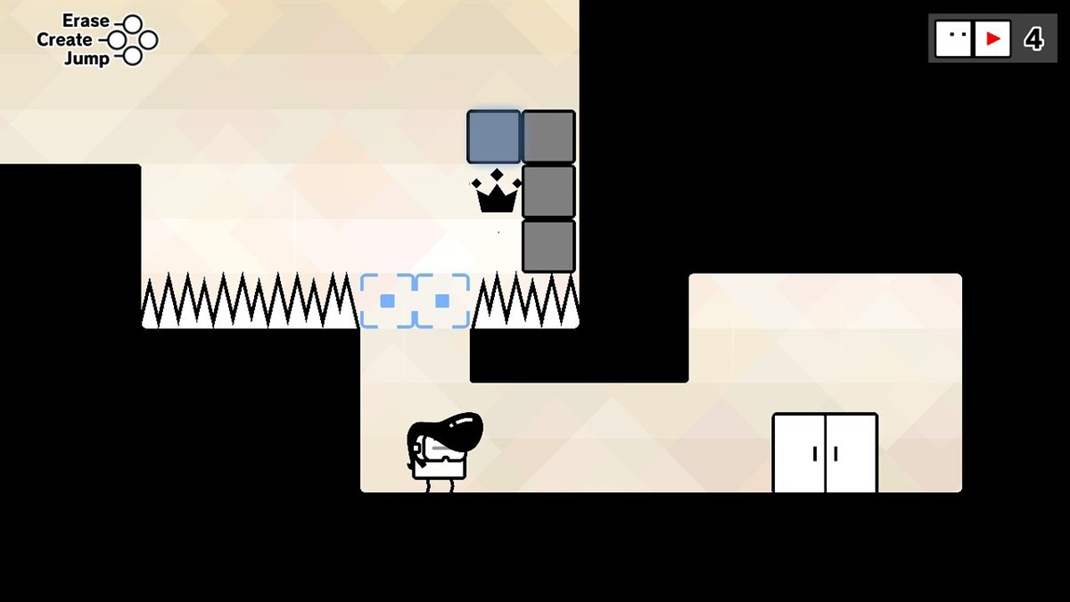 In addition to a new batch of levels, however, the new game comes with other innovations and, as the name of the game itself says, this time it will not be only on the hero. He gets a partner and together they can play together and especially in the story of saving their world from destruction together. But this is more complicated as the story is actually divided into three parts, which are separate. In fact, there are three campaigns that combine a story and each presents different challenges. There's a classic "A Tale for One" where you have one character and go through levels.

The second campaign offers local cooperation for two players on one console, or one player can take turns and alternate characters, but it is a concern that the design was meant to play two together. Then you have the most fun and you can even discover a way to bend some game rules to your advantage when you work together. The third campaign is again just a single player and is called A Tall Tale. You play it in a rectangle called Qudy. You can rotate it and build it horizontally and vertically. It also creates rectangular objects, not squares.

Often, in logic games, it makes me lengthy because even if they offer a really catchy concept and you would like to enjoy them for as long as possible, after a few hours it's over and you're all over. For example, the recent Golf Peaks was really catchy and very short. Nothing threatens here either. You won't miss the game in the evening, and even the weekend won't do. Across the three campaigns, it offers 270 levels, an impressive number that will last for some time. 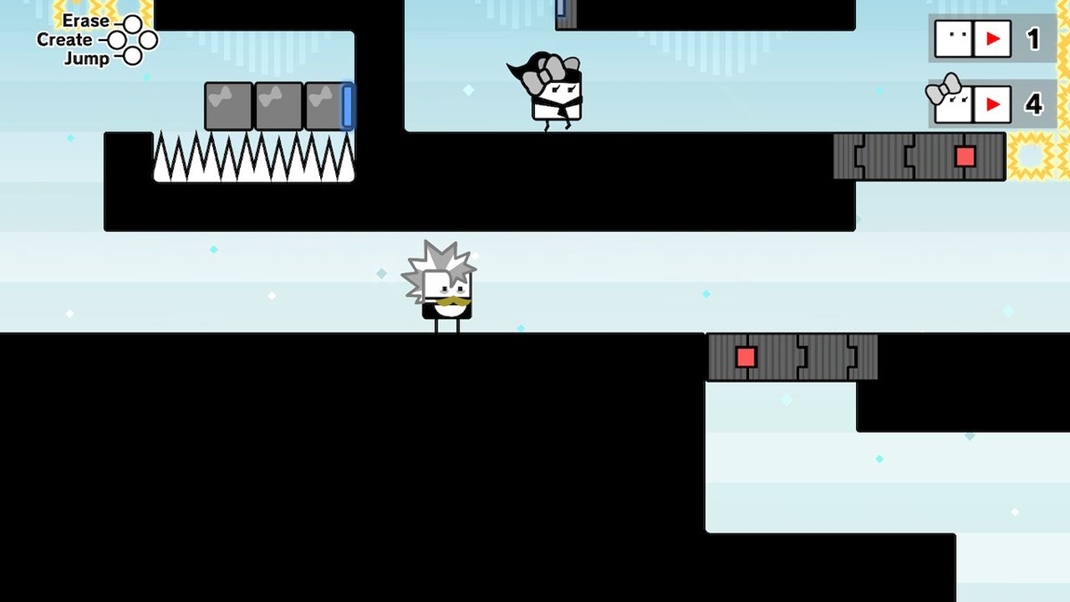 Each campaign consists of individual worlds, each world containing some 5-8 levels, the numbers vary. You gradually unlock new abilities, move through the story and the game puts newer obstacles in front of you. Each of the worlds is characterized by a theme that melts into the obstacles that await you here. The first level in every world is to get acquainted with the new type of obstacle / ability, then it becomes more and more attractive. You will learn to create hooks and the like, whether you have to use different types of switches in difficult places, or you have to face some barriers where even one touch means a restart. Each level is also characterized by how many blocks you can create at the same time so that you do not have it too easy. The game correctly limits your options to make you move your head.

In addition, there is a fair amount of replayability. You will not be able to just pass the levels. You can also humiliate them in two more ways. For example, do not exceed a certain limit of created blocks until you reach the destination. Alternatively, you must collect all the crowns that are in the levels. Often all this can be achieved at once, sometimes you do not see the puzzle solution, so you repeat the level - once you collect the crowns, then save the blocks again. If you like to overcome yourself, this gameplay will stretch a bit. In addition, you get more reward - you can spend it on new costumes for your characters (which fall randomly from the "slot machine"), or you can unlock aids when you get stuck.

But there is also the shady side of the game - schematic. There are three campaigns, each with many worlds, and you'll always find the same tips for new opportunities and new challenges. So even if there are no two levels in the game, going through campaigns is very similar. You learn simple skills, the first dangers increase, and you have more and more. And always in the same sequence. You'll have the impression that you've gone through this once. 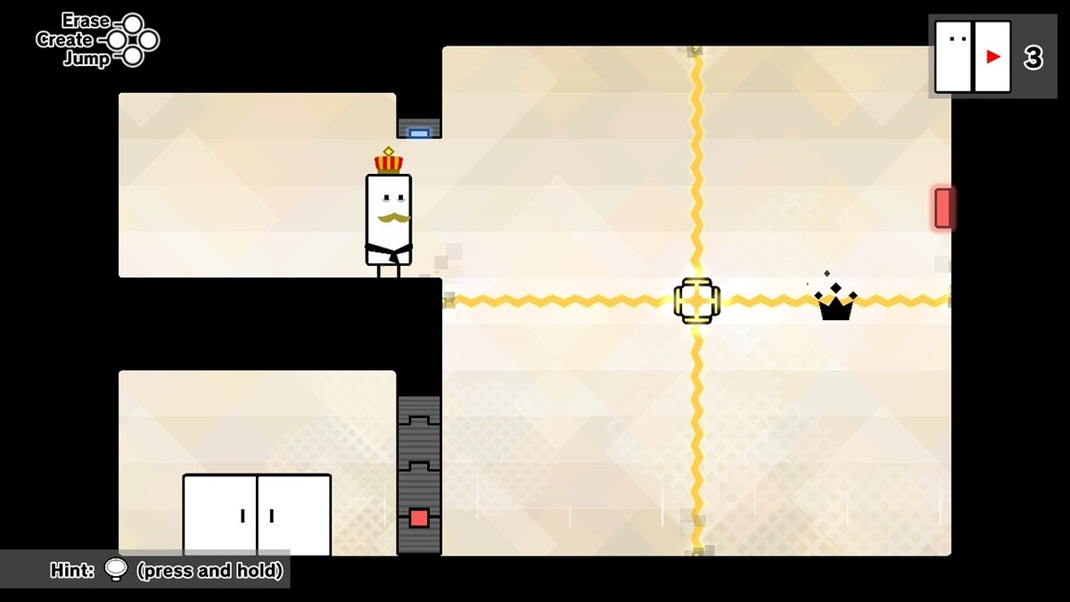 Graphically, the new game in the series has not moved that far from its predecessors from the 3DS handheld. However, it is a simple 2D platformer, and also bet on a rather limited color palette and simple style. But it does not look bad in its minimalism. I regret that there is relatively inconspicuous music. Even though you can unlock it as a bonus and play it at any time, you won't find any catchy tunes to appeal to you.

Adding local cooperation for a pair of players is the best of BoxBoy! + BoxGirl! It brings. Otherwise, it is a game that is too similar to its predecessors, because it does not bring so much news. But it's still a catchy and fun game, even if you play it yourself in the next two campaigns. At a very nice price, it offers a huge pile of content so it lasts long enough. It is a pity, however, that her campaigns have a schematic course and over time she will start repetitive. Other negatives include music, or aids might not directly show you how to go through each passage, but the positive aspects of the game still prevail. So if you like logical titles, here you will come into your own.