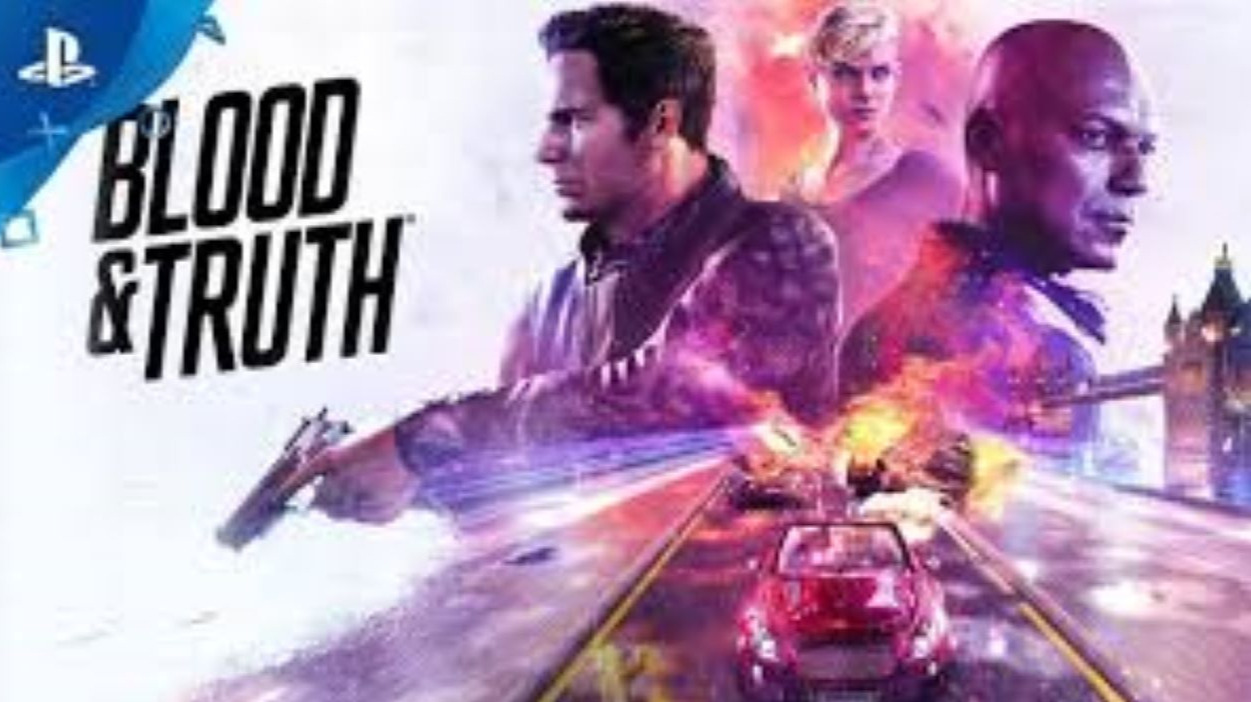 The London studio with the same name is one of the strong set of internal developers at Sony Interactive Entertainment. Its development has always revolved around games that used different current technologies, whether they tried to be something different from others. The beginnings were not in this spirit, but in the premises of the studio was created such a classic as The Getaway. But since 2003, the creators of the EyeToy games have started, and only a year later the whole series of SingStar karaoke parties downloaded them. They had it under their thumb until it was completely shut down, but at the same time they opened a door that they had never opened, but hid much greater challenges and experiences. In this case, of course, we are talking about PlayStation VR, for which this studio created the opening cluster of PlayStation VR Worlds mini-titles, one of which is the last title of Blood & Truth.

As you probably knew from the cover photo, in many aspects the game drew inspiration from the London Heist mini game. This is one of the most featured titles we could see almost every time the PlayStation VR was presented. A classic car chase, in which new enemies on motorbikes or cars are coming at you from every side and you have to reliably reflect them with your precise interventions. A simple and fun concept that works really well in virtual reality. So the studio decided to take this idea and branch it into a full-fledged stand-alone game with a story and somewhat more complex gameplay.

Today's virtual reality games suffer from various problems, depending on the genre or hardware they run on. In this case, PlayStation VR is the hardest to run, as it runs on hardware with limited performance, which naturally also results in poor image quality and limited control capabilities. Clearly, everything can be dealt with if a compromise is found, and the PS VR is about such compromises. Blood & Truth takes you to modern London, where you get to the skin of Ryan Marks, a member of an influential corporate family. But on a regular basis, a criminal empire on her forehead with his mad leader crosses her. Tense relationships, intrigues, planned B-like blockbuster events. In short, you'll find everything you'd expect from an ordinary action movie that goes on Tuesday morning on a third commercial TV channel. Of course, that does not sound the best, but much more important is something completely different - the fact that you are part of it all.

The authors probably knew very well that they were creating a really shallow story that had no depth. The whole virtual reality experience is not so much about the story as it is about what is happening around you and how you can deal with it. The creators did this very well. The vast majority of your gaming experience is directly related to shooting. You pull the gun on everything and everywhere. The game takes you to places that are different from each other, putting you in situations where you haven't yet. While the principle remains the same, the changing environment brings completely different feelings. You shoot at enemies on the fly, cover yourself under the boxes, trying to navigate the confusing environment of a crumbling building. Also, you give your opponents outside on the construction site, in a van, on the battlefield or hanging by one hand in the elevator shaft. You shoot really where you can just as if you were part of an action movie.

If you are not playing, there are prestigious scenes of which you are a part. They look good too, of course, I'm not talking about the story anymore, but about the visual aspect, the movements and the facial expressions. This is very important for games like this. When the characters look up close to your eyes, and their expression is highly believable, you will certainly receive it, even though you are fully aware that it is only pure fiction. In this way, the authors of the players want to draw into the story and the action on the screen a little deeper, and they are doing well. The creators were able to play with details that directly attack your reflexes and the instinct for self-preservation. 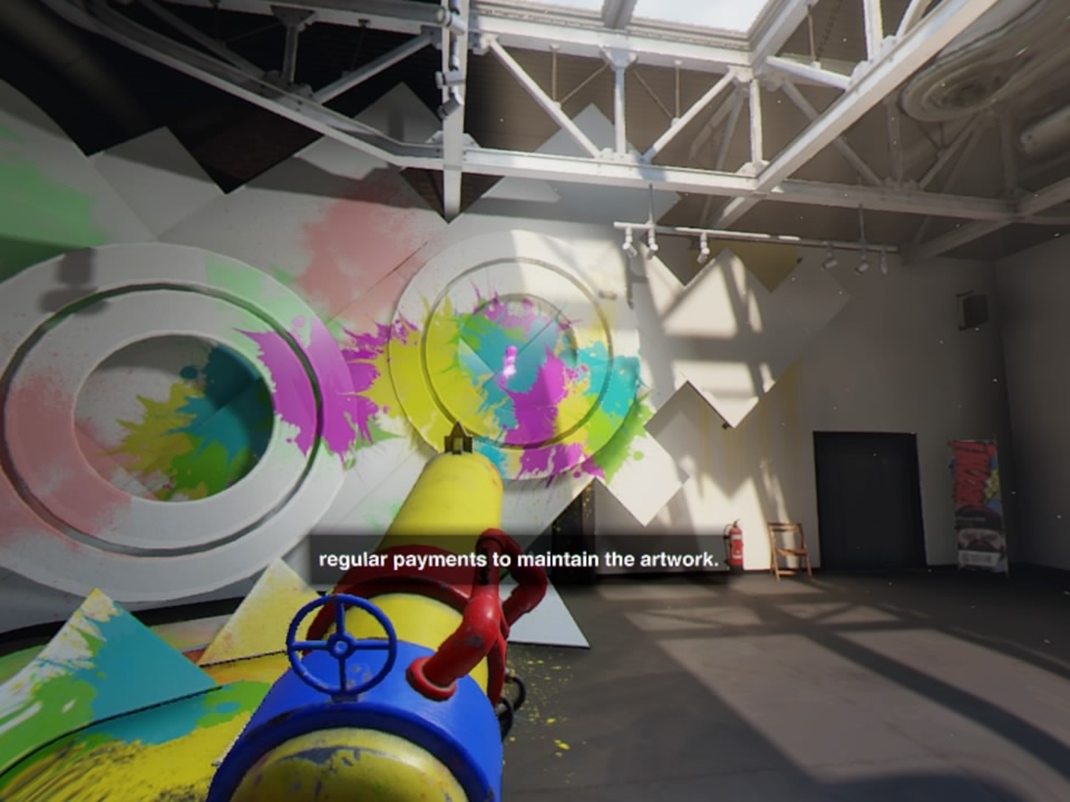 Still, I will return to the gameplay, which is about shooting, but where-there are moments where you have to put the weapon sideways and throw on a finer work. Ryan always has his holster with important tools like a detonator, pliers, screwdriver, lighter or stick. When you have no choice but to play with the classic controller, it does not matter, because the authors tried to optimize all the tasks for this way of control, which they managed to the extent possible. But if you can play with PlayStation Move controls, you take the experience to a whole new level. Shooting is much more natural, reloading is not just about one button, but about the actual pulling the magazine and its insertion into the weapon. If you want to put down your weapons, you can't put them in one button, but you have to put them in the holster. Of course, if it is a larger weapon, it has its place on its back. When overcoming the safety system and using the tool, the movements are also much more natural and you do not have to be limited to static buttons that are not as accurate.

Games for PlayStation VR usually have one more minus - a short game time. The price of this title is about 40 euros, for which you can buy a lot of bigger titles today, where you can spend several tens of hours. Luckily, Blood & Truth is not an exaggerated short piece and by default you spend about six hours. It is, of course, a rough time in which I do not expect you to die once. The game is not difficult, if you take an automatic weapon, you can conquer whole waves of enemies. So if you die, it is more likely that your enemies surprised you at the wrong time or slipped while climbing. In the game you will climb often, either on the ladder, but also on the walls or climb the pipes. And what kind of action game would it be if you didn't look into the ventilation shaft? I have not encountered mistakes often in the game, but they have not been pleasant once they have arrived. Once I got stuck in the aforementioned ventilation shaft and the second time the enemies were simply immortal. The bullets simply flew over them and all that helped was a restart.

Blood & Truth is definitely one of the more successful PlayStation VR games. It offers a comprehensive action experience, which is enriched by the story. Although not very bright, but fully sufficient for the needs of the game. Blood & Truth succeeds in fulfilling what the VR title is to be accomplished without much tripping. Of course, playing it on a B action movie is not an approach that could be an example for other studios. But if you want simple entertainment that offers you a comprehensive experience, this title is most likely to fulfill this wish. 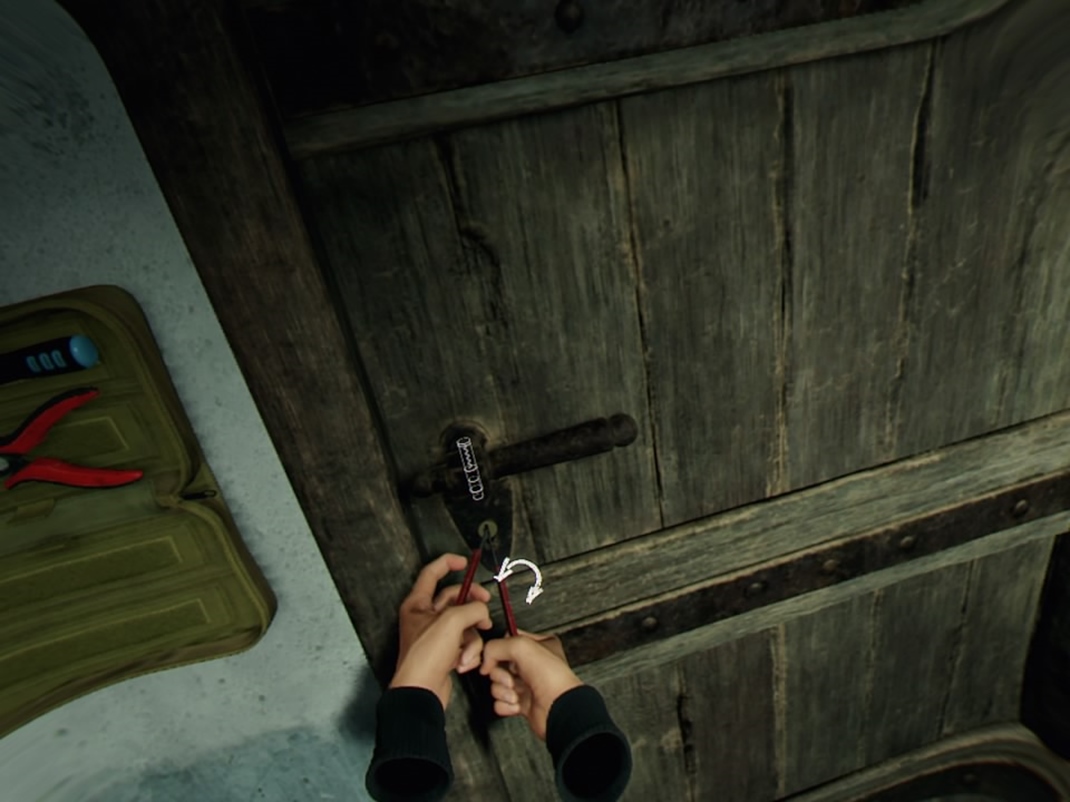