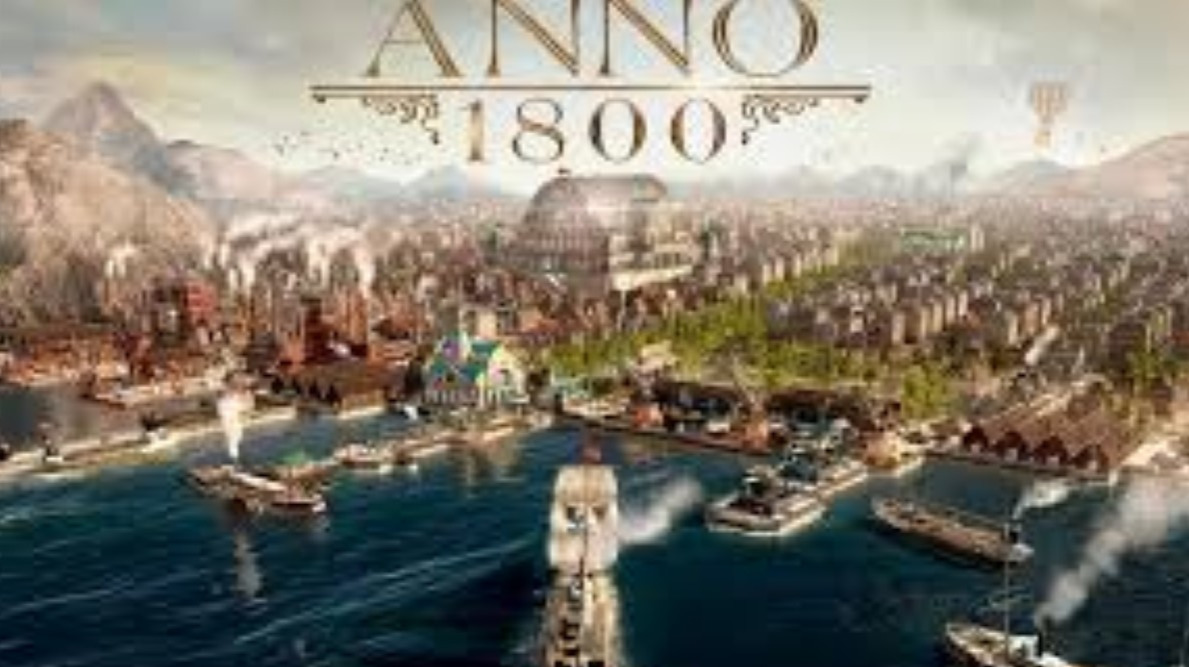 If you still enjoy the construction of towns and harbors, you will be busy and you will probably feel very comfortable in these waters - even if you experience hard times and fierce battles at sea.

Although here you will find the characteristic elements of the series, the creators in the game tried something new. Gameplay will be familiar to you, but at the same time you have to get used to some slightly different practices, especially in terms of management and construction. I personally had a little mixed feeling at first. But when I got used to it, I appreciated the dynamics and swift progress with a very good overview of key items.

The game offers two main modes. Of course there is a sandbox with unlimited possibilities, where you can comfortably pipate with houses and boats. But it's worth running a campaign that is surprisingly complex in terms of the genre. In a very clever and non-violent way, it complements the construction and development of settlements with a decent story, which is about clearing your father's name, finding the true culprit and restoring lost confidence in the royal court. This can only be achieved by demonstrating your colony development skills, looking for clues, communicating with your neighbors, confronting important figures, and sometimes firing ships. It means quite a variety of tasks that you perform based on your progress and when you take the time to do so.

You do not have any time limits for the main assignments, and you simply do it when you feel ready. And then there are optional tasks that you perform for your refined neighbors, but also for the ordinary people who live in your cities. There you have to watch the time, but you usually comfortably enough to meet the requirements. You will escort ships and protect them from invaders, promise to deliver timber or other raw materials to someone, save goods, or transport immigrants. Later, you will have a shipping expedition for which you need supplies and include text options to guide you further.

Tasks also include specific things, such as finding an explosives expert or even lost cows, eliminating firebreakers or crocodiles that have approached dwellings. And there are tasks where you have to take pictures of a particular situation or people. The picture can then be delivered to the newspaper. At the same time, you literally drown in the streets and look for the right person to be labeled among hundreds of vicious people. The reward is a pleasant sum of money that will often help you in need. Or an expert or a unique item that brings some bonuses when placed in a specific building. For example, it will increase population productivity or make the neighborhood more attractive.

Construction of the town is quite simple. It is based on a port, dwellings for residents of different classes, a market for the distribution of commodities and warehouses where raw materials and goods are transported. Everything you have produced and grown is accessible in every warehouse. Capacity is increased by adding a port at the port, where other useful extras can be added, such as a visitor pier, a repair facility, artillery towers for defense or a shipyard.

Initially, most buildings are made of wood, for which you need a house for woodcutters and a saw to make boards. You soon build mines, mine ore, clay, gold and other minerals, produce bricks, steel, fish, grow cereals, corn and other crops, breed sheep, pigs or cows. There is more and more and the range varies by region. So in a new world where you can set up distant colonies, you grow bananas instead of grain and not produce beer, but rum and the like. You can transport individual commodities from one place to another using ships along the shipping and business routes you set up. Whether between their own islands or business partners. It is nice that you can see all production chains neatly in the construction menu at the bottom of the screen. So you always know what it takes to build cannons, for example.

Buildings are made available gradually and their range also depends on the population classes. The lowest caste (in the old world) are farmers. You can upgrade their houses to workmen if people are happy and provide them with enough fish and clothes with access to the market. This will unlock a new tab with more advanced buildings in the construction menu. Higher classes require more, such as sausages, soap and education. And make other buildings available. Houses are made immediately when you have enough raw materials, or show up as translucent objects when you plan to build them, but you don't have everything yet. And it must be kept in mind that they must be connected by roads. You also get some material from the ruins you can find on the islands. Each of your islands has its own economy and resources, but the finances are shared.

All utility buildings need workers, and if you have enough of them, the icons at the top of the screen show where you can see the employment of each class. If reinforcements are needed somewhere, red numbers are beating your eyes. Then you know that it is necessary to add or improve dwellings, or to stop or limit production somewhere. The order is taken care of by firefighters and police and when citizens are satisfied, their numbers increase. And if they are happy as fleas, they will organize a festival in your streets in your honor. And this is really great and the joy to watch when you see crowds of characters with banners and confetti marching happily through the city.

Sometimes, tax revenues from citizens and trade may not be enough for you, and one way to improve your business is to buy shares of islands that belong to your competitors. For large sums, you cut a piece of cake and then receive regular split returns. However, the owner of the island will probably try to recover this share. And you can buy shares of your islands.

The economy and population satisfaction can be pumped by influencing the newspapers under your control. In addition to positive articles, you can keep the negative ones, which are democratic, but it will make your prosperity or stability of cities worse. So you probably try different methods, such as propaganda or distraction, and replace those bad things with artificial contributions that idealize everything and hide the cruel truth. However, this may affect your influence and diplomatic relations with your neighbors.

Much is also happening at sea, where you directly control the ships you make in the yard or buy. Several types of vessels have different equipment, ideally enough work and storage space. That you can withstand naval battles and transport raw materials and specific items. Waterfights are unpretentious but impressive, especially when dozens of ships face each other and cannonballs and fire missiles fly.

The game also includes multiplayer, where you can set detailed parameters, factions and conditions of victory. Despite repeated efforts, however, I was unable to join other participants, although matchmaking searches were for free matches. Although titles of this kind usually prefer to play solo, but once there is this option, it will surely make it unreliable.

The Anno 1800 is very well viewed and also on UHD monitors, although the menus and watershed scenes are not customized. It looks good from above and even better when zoomed in, where you can see detailed houses and streets, but also thousands of people doing their jobs. And you can enjoy, for example, a view of the festival parade or boat battles. In the wild, you can see bison, deer, bears, foxes and other animals, so everything looks credible and lively. To do this you have quality music and dubbing. You can also start the game with DirectX 12, but there may be some flaws - I always missed it while minimizing the desktop and a fps drop.

We praise the user interface. The bar at the bottom of the screen clearly shows the range of construction with the already mentioned production chains. After switching, you have quick access to the ships and an overview of their location in the area. The selection can also be made by calling the circular menu with the mouse directly in the field. The depiction of the world and regions is toggled in the lower left corner, right in the minimap, where the raw materials on the selected island can be seen and the diplomatic window opens a bit.

The Anno 1800 is a stylish building and maritime strategy that has a lot to offer to fans of the series. It is more than just snooping with houses, coordinating production processes and navigating the sea. The game includes a well-implemented, though not exceptional story, tasks and interesting add-ons such as expedition management and news story correction. A defective multiplayer can disrupt the cool experience, and newcomers seem to be harder to get into the game due to lack of instruction. Otherwise, this trip is very impressive and entertaining.