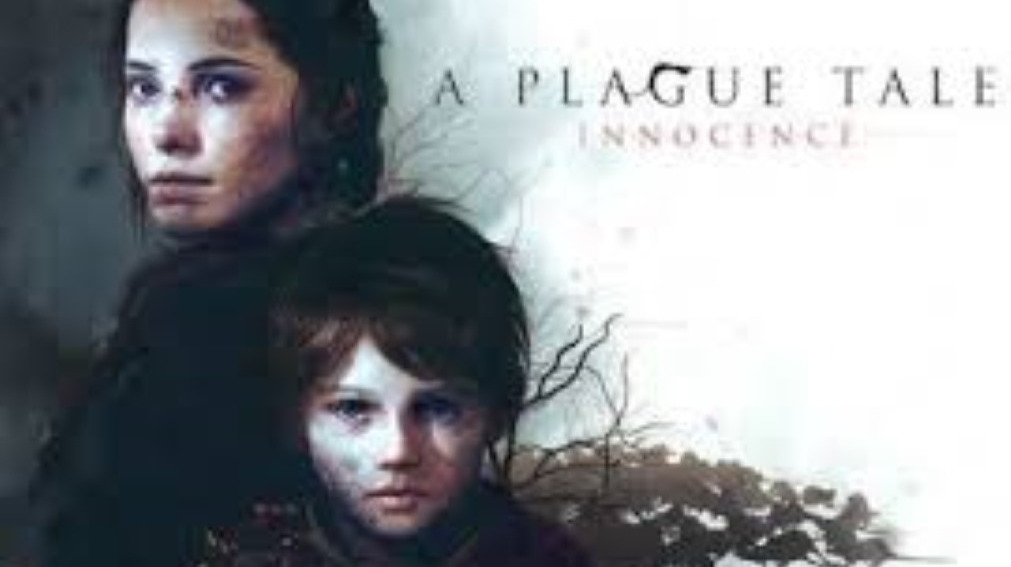 You may have noticed this game before it was released thanks to the rats. They are one of the hallmarks of a gloomy adventure and occur almost everywhere in the thousands, perhaps millions. And there are two siblings in the midst of this overgrown garb, whose fate will be in your hands. Definitely a good reason to go to medieval France in the 14th century, where it all takes place.

Shortly after the introduction, the drama of two children, who come from a natural family and are persecuted by the Inquisition, begins. Why? You won't know until later. In any case, it is important to avoid guards, but also mistrust villagers from settlements affected by the sea and, last but not least, to rats that have flooded the country in huge numbers.

The central character is 15-year-old Amicia. Thanks to her father's trainings, she is physically skilled and therefore takes care of her little brother Hugo, with whom they are on the run. Although he doesn't really know a sibling afflicted by an unknown disease because the boy was separated and supervised by his mother. And it is the building of the relationship between the children who must work together to survive that plays an important role in the story. When you seek refuge and remedy for Hugo, you will experience disagreements with them and moments of belonging, and everything culminates in an impressive conclusion. 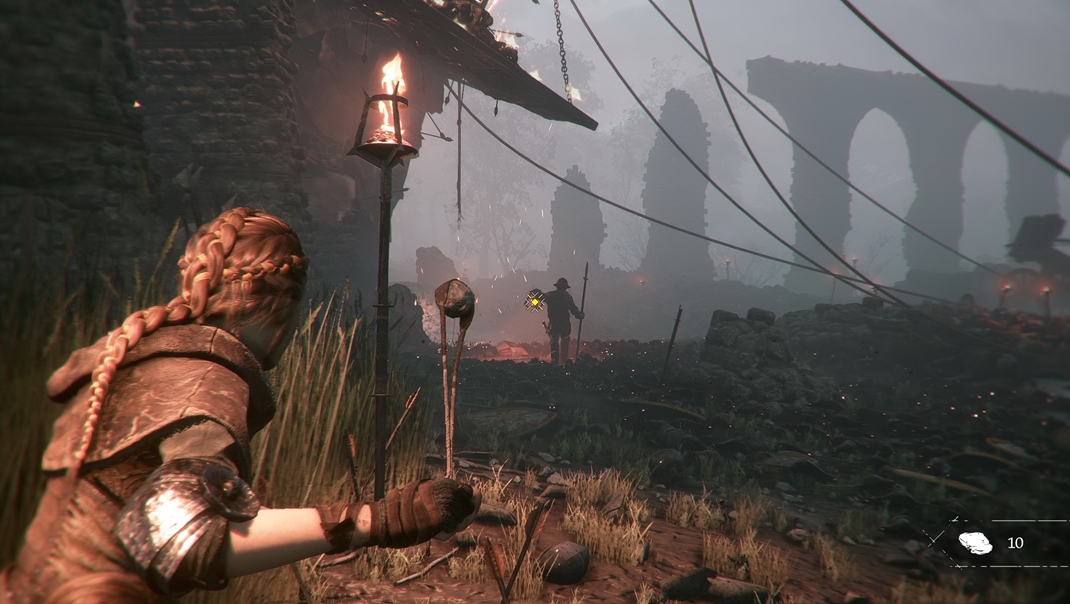 Actually, the story itself is nothing special, it doesn't go deep or offer any unexpected twists. However, it makes sense for the children to act and empowers you with tasks that lead to denouement and the final challenge. The strong point of the title is mentioned gradual convergence of children and excellent playability. It is based on stealth and simple but impressive puzzles and situations in which rats and fire are most often involved. Rats are afraid of light and fire, and you will often use it to get further or get rid of soldiers.

With the exception of the selected arcade, you will control only Amicia in the game. The girl has no chance to face the guards, but thanks to her sling and cunning she can cope with them. The slingshot, in which he collects the collected stones, after a short aim can eliminate ordinary soldiers from a distance. However, if they have armor, it is a bit more difficult. But when Amicia gets the recipe for the so-called Devorantis, she forces the enemy hit in the head to put his helmet down and then finishes the work with the stone. A slingshot can also shoot through chains or ropes, lowering the drawbridge, dropping a cage - even someone's head, or a piece of meat to throw rats and make way. A hussite piece is to hit a lantern that holds a policeman to repel rodents. When the light source goes out after a precise shot, the unfortunate literally ate the rats.

In many places, Amicia makes use of the fact that rats obediently give way. Sometimes it is only sticks that burn for a while, enough to pass a short section and ignite the focus, where there may be other sticks. Other times, it is necessary to move fire metal containers with fire hung on chains or attached to the siege machine that you need to print. Occasionally, reversing headlights help. And later, you will also get recipes to ignite outbreaks and flares from afar, an explosive that destroys rodents within range or a mixture that the rodents throw immediately when you smell it somewhere.

All this and something more can be made by Amicia herself, but she gets to the individual preparation instructions gradually. Usually someone will provide it. The girl can use usable things at any time directly in her circular inventory. But it needs a workshop table to manufacture and improve twine, bags, pockets, ammunition bags, equipment and then containers and tools. At least initially. Tables are constantly appearing everywhere, and everything requires raw materials and materials. You collect leather, twine, tools, sulfur, and other things from where you go. And it is up to you whether you spend them on ammunition and specialties, or to improve equipment that increases the amount of items to be carried, shortens the time of slingshot and so on. 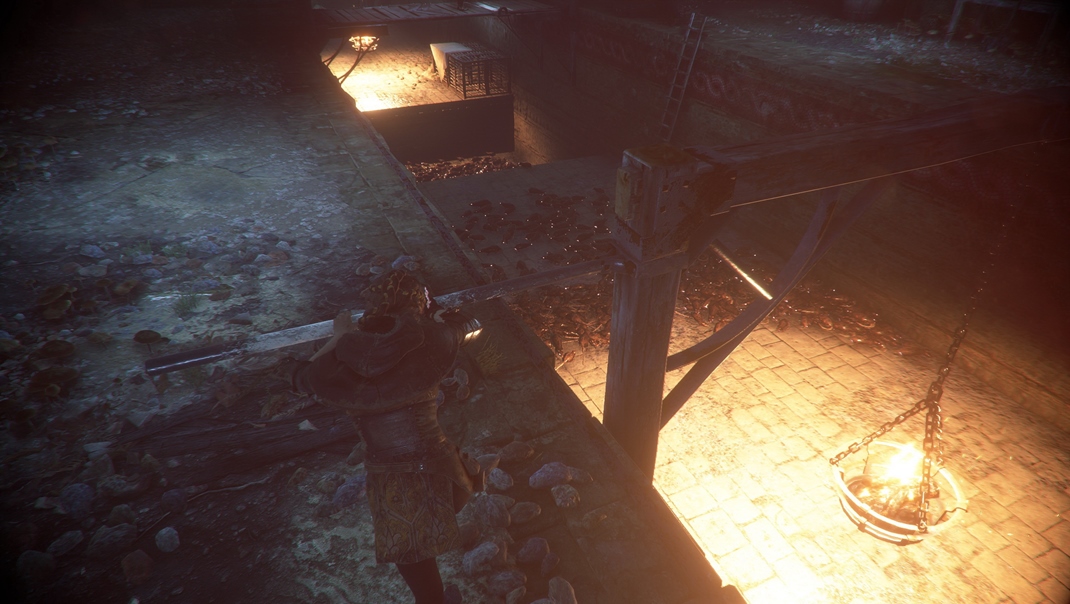 Even if you can kill soldiers occasionally, they should be avoided more often and try to get around them. Here stealth elements come to the fore. You need to crouch down to make no noise and try to pass the guards behind your back when they don't look in your direction. This can be achieved by firing a slingshot into metal objects that catch the attention of the patrols and go to see where they heard the sound. Similarly, an earthenware can be used to make a racket when broken. You can hide behind objects and in tall grass. This is usually enough for you to slide over dangerous sections.

Amicia, however, seldom gets through all this alone. At first, there is Hugo with her, which you do not control directly and you have to protect him. When climbing through walls and windows, Amicia automatically helps him and if necessary instruct the boy to wait somewhere or to join you again. Or to crawl through a wall hole and open a locked door from the other side. Later you work in a similar way with other characters. The thief unlocks the locks on request and the young blacksmith, on command, falls from behind the guard. It happens that even more characters walk at your side and sometimes a group of people have to work together at the same time, for example when pushing the door or pulling the levers. Assisting different characters is a big plus of the game.

The whole procedure is linear, you move in confined spaces, where you can not run far. But it's a good idea to look around and collect gifts, peculiarities, and flowers for Hugo's herbarium, which she likes to put into her sister's hair. These items in the Code are not deeper in meaning, but you can at least gain achievements and make your way a little different. Sometimes, you can decide how to overcome other pitfalls and, for example, whether to kill a guard or deal with it without violence. However, this does not affect the next storyline. At the same time, it would be interesting to observe the altered development of events if you were to act differently in a key situation.

The game is saved automatically and checkpoints are densely distributed, so you will not go far in case of failure. Moreover, the difficulty is not very high. You can start individual chapters of the story from the game menu, for example, if you want to collect items from the code additionally. Other options the game does not offer, which is enough shame. The story will take you about 12 hours and you probably want a little more. Creators might consider additional episodes mapping the fate of non-party characters. 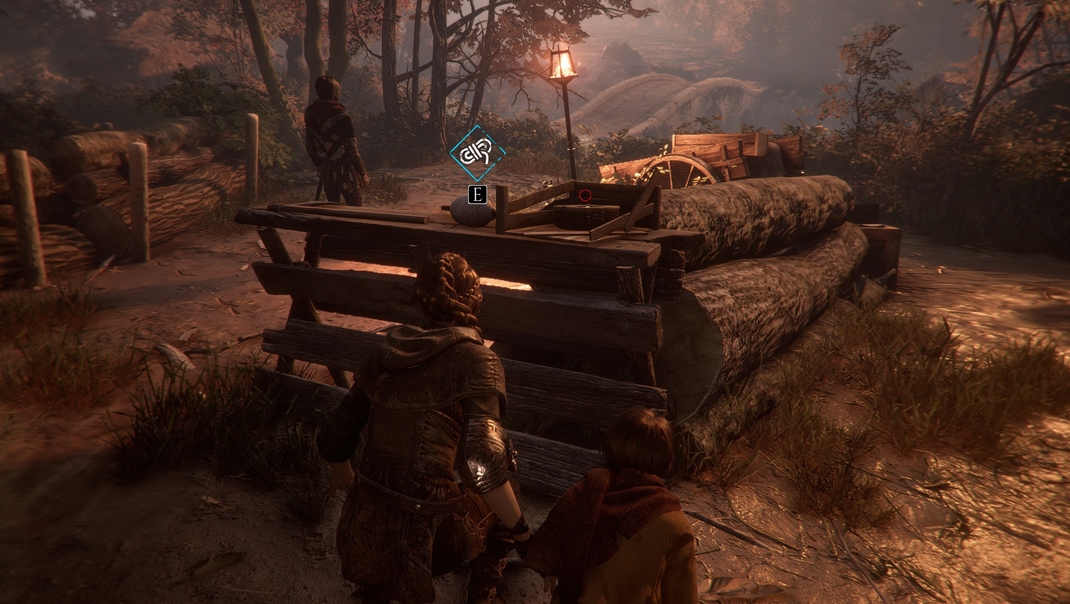 A stylish visual is enough to give a credible demonstration of the different corners of contemporary France. It means medieval villages, castle, dungeons, camp, battlefield with rotting corpses or university. And you will also believe face expression during interviews. Amicia can remind you of Sansa from the Game of Thrones and other characters are quite interesting. And the glowing eyes in the darkness full of rats are rightly menacing. For the great atmosphere, however, the game is mainly due to the unique soundtrack with period melodies, prepared by Olivier Deriviere.

A Plague Tale: Innocence is a nice game despite the hordes of rats and distressing atmosphere. Pleasantly surprised by its gameplay based on the cooperation of characters, unpretentious stealth elements and hordes of rodents to which the fire pays. We are satisfied with the content of the game, but due to its length we find the price tag too high. But whether you wait for a discount or not, embarking on this adventure is definitely worth it. It offers an impressive experience that leaves a deep impression on you.