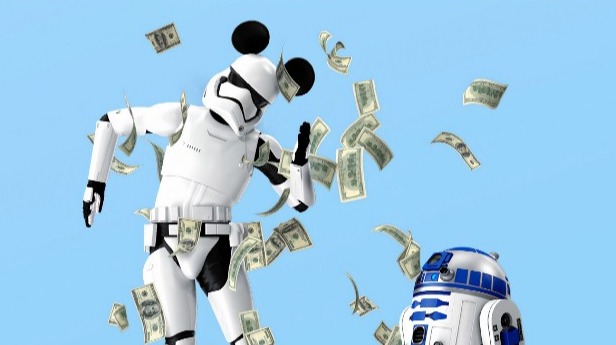 The Atomic Wallet has gotten a bit of bad press lately. They’ve suspended their Air Drop program and the price of their token had dipped beneath the $1 threshold it held for a long time after the Publish0x.com writing contest that launched their app into the cryptosphere. I’ve written quite a few pieces dealing with Atomic Wallet and frequently lament the fact that you can’t get out of the AWC token once you’re in it, but as the team grows and develops I fully expect not only to see this change, but the price to increase.

Still, the main reason to download and use Atomic Wallet has less to do with the native currency and more to do with the staking availability they provide. My favorite plays at the moment are BAND Protocol (BAND), Cosmos (ATOM) and Tezos (XTZ). I’ll explain the experience I’ve had staking each of these high-yield crypto assets via Atomic Wallet in this article.

To stake BAND is to earn a 17% return, paid in BAND, on your investment. The price is about 50% of the all time high it set last month, currently, which looks like a snack to me! I scooped up a bunch of it after trading most of my BAND for LINK when prices were higher. Then I noticed something: PROBLEM! I couldn’t stake my BAND because it was the ERC20 token type!

I’m not sure if I missed the fact that I could have sold my BAND and converted, via Atomic Wallet, from a different token to the BAND I actually wanted. It may have been an option all along, or there may have been something stopping me from doing it. Either way, I held unstaked BAND for a few weeks there and kept thinking to myself that it would be nice to be earning staking rewards on this investment.

I did well at the classic game, buy low and sell high, with BAND for awhile, but then I found a workaround that would put the correct BANDchain tokens into my wallet and finally allow me to stake it!

I registered for a burner account at the BitMax exchange and waited 24 hours, then deposited my tokens. Then I sent them to Atomic Wallet (the fee for doing so was absurdly low… .001 BAND!) and staked them and I’ve already earned a few fractions of a BAND for my efforts!

What it looks today like I should have done, however, is just to buy some XTZ or XRP or other non-ERC20 token (to save money on fees for sending/receiving the coin) and sent it to Atomic Wallet. Then I’d have been able to stake and earn — but, and here’s the silver lining, I had initially gotten into BAND during the Chainlink (LINK) boom back in August. I’d never had the chance to pay less than $10 or $11 per token!

My unforced error cost me some money I could have made staking my tokens for a few months, but it made me some money to discover that I could stake at a time when the price was low. That’s lucky. The 21-day unbonding period and 50% price crash that came with it would have been very upsetting if I’d just staked a bunch of BAND. Still, the cap for BAND is only $170M as of the time of writing, so here’s to hoping it stabilizes as it continues to grow rapidly.

Cosmos (ATOM) is my baby. I traded sideways into it from Tezos (XTZ) back in June or July when the prices were more or less identical. My reasoning wasn’t long-term and it wasn’t particularly well informed. I just thought hey, these two tokens have the same price, but that one pays up to 11% if you stake it! And so I switched and watched as Cosmos took off and Tezos stayed about the same for the next few months.

I don’t only make money when Cosmos appreciates, however. I also earn (passively) around 15 ATOM per month just for holding the ones I hold. If it goes back to $8, that’s $120/month from a fairly small initial investment!

ATOM and BAND both take 21 days to “unbond” your tokens if you decide to sell them, though, so be careful of that. The good news on this front, however, is that if you do see a fast market action you can’t act on, there are other players in the same boat. So it’s sort of like an insurance policy that pays you. You agree to hold long, or HODL (hold on for dear life) and give up the ability to day trade, but the overall price seems somewhat more stable as a result, making it okay to HODL. I’m sure there’s a term from game theory for this dilemma, but the point is that it seems to be a decent mechanism via which to stabilize the price somewhat.

Tezos and I have a colorful history together. It was the first token I invested in, and I immediately doubled my money in February of this year. For real. It was like I bought a ride on an elevator to a higher floor in the money place. Then, the crash back in March hit, and I lost a bunch of money (I’d invested more following my early beginner’s luck win). Prices eventually stabilized somewhat, but I had the chance to day-trade my way back to about where I’d started before the next growth cycle took place and I rashly (but brilliantly) made the jump to Cosmos.

I haven’t had great luck with actually receiving any rewards from Atomic Wallet when staking XTZ, but you can stake them via Coinbase for a slightly reduced rate and I’ve made over a dozen XTZ this way. I’m not sure if the problem on Atomic Wallet is that I’m selling my XTZ before 30 days are up pretty much always or if I need to choose a different baker, but at the rate that the Tezos Foundation is setting up new STOs (Security Token Offerings) it seems inevitable that there will be a massive surge in the value of XTZ at some point. I want to be there for it, but it’s tough to sit in XTZ while other coins with smaller market caps bounce 2x, 3x, 10x, etc.

At the moment, I’m thinking the plan ought to be to stake as much BAND and ATOM as possible, but channel some of the rewards into XTZ in case it gets crazy. And XTZ can cover me in terms of liquidity needs as well as in terms of possible asset appreciation. I follow Algorand (ALGO) sometimes as well, and it offers a similar setup, but I believe the long-term appeal of the financial future envisioned by the XTZ team is of great value.

Well, that’s it for this little tour of my Atomic Wallet portfolio and system. It seems to be working out very well thus far, so I hope you got some value out of the article here. Between the election and the ETH2 launch that will be happening (or conspicuously not happening) over about the same timeframe, we should be in for quite the bumpy ride.

Volatility is opportunity, but you don’t want to lose your long term game for some short term benefit. I hold many, many different tokens but use Atomic Wallet and their staking functions to keep my earnings safe and ensure they’re returning as much value to me as possible — and funny enough, ATOM is still my most successful trade to date. I guess the message there is that I shouldn’t day trade at all!

Nothing in this article constitutes financial advice. Content provided only for entertainment and informational purposes. If it were financial advice, it would probably be terrible because its author is a philosopher and a bit of a scientist, but by no means any sort of authority on anything financial at all. All investments carry risk and the author of this article assumes no responsibility for any gain or loss incurred by a reader under any circumstances.

Thomas Dylan Daniel is a philosopher and biophysicist. Connect via his website or Facebook, or have a look at his books. Find him on the blockchain at epicdylan.eth!

I’m happy to have your support if anything in this article was valuable to you. These links to services will earn us each a bit of crypto and help you get into the services you need to get started building your yield-farming portfolio.

Coinbase: Buy and sell crypto with your bank account.

Ternio BlockCard: Buy things with crypto wherever you are.

Hi! I’m a philosopher, writer, and scientist from Texas. I’ve currently got two books out: https://www.cambridgescholars.com/formal-dialectics And Further From Home: A collection of philosophical short fiction https://www.amazon.com/dp/1976951