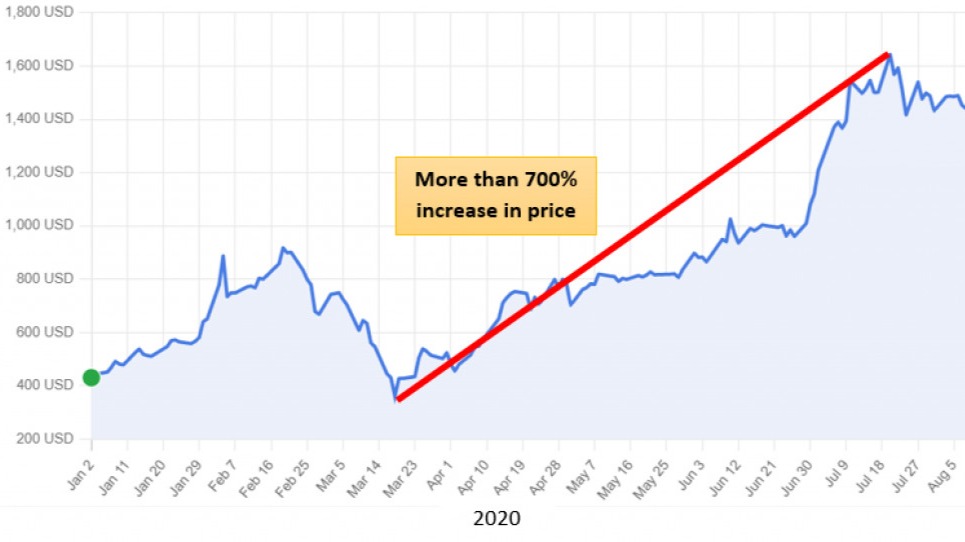 ASML and why you should Own Some!

WHAT DOES IT DO?

ASML makes lithography systems for the semiconductor industry, and it has the world's only "extreme ultraviolet" system necessary for advanced chips.

WHY SHOULD YOU BUY IT

If you like searching for the latest and greatest new technology, you'd be forgiven for thinking semiconductors are a thing of the past. There has been a grand total of two semiconductor IPOs in the past three years, and one of them (dedicated to making Bitcoin-mining chips) is now in penny-stock territory. Start-ups in the sector are a rarity.

And yet semiconductors are more important than ever. Just about every investing buzzword you can think of — artificial intelligence, Internet of Things, software as a service, robotics, machine vision, big data, and dozens more — is built on the back of microchips. So it's little surprise that while there are relatively few new companies looking to join the incumbents, semiconductor volume continues to head higher.

Think of it as a pyramid: At the bottom is every application that relies on computational power — your phone, your car, every piece of software you use, every app or website you interact with, and so on. In the middle are the companies that design chips, duking it out in a high-pressure, incredibly cost-sensitive battle to meet their customers' specs. Above them are the companies that do the manufacturing — owning the expensive "fabs" necessary to actually produce chips in volume. But what is near the top?

I'd argue that ASML has a strong claim to being King of the Hill, with little chance of getting pushed off the peak.

ASML makes advanced semiconductor photolithography systems. Photolithography is the process by which microscopic circuits are etched onto wafers that ultimately become individual chips. Literally every one of the billions of chips in the world today were made by this process. No matter who was the manufacturer, they needed a lithography system.

Only a handful of companies make these systems, and because this is essentially an optical process, camera companies like Nikon and Canon are among the players. But they are dwarfed, in terms of both technology and market share, by ASML. As one former Intel  employee put it recently on the question-and-answer site Quora, "ASML has indeed been the best-reputed manufacturer of [deep ultraviolet] tools for a couple of decades ... in terms of throughput, defect density, resolution, and maintainability." Indeed, he continued, Tier 1 fabs often buy competitive equipment from Nikon or Canon only so "they don't become beholden to a single supplier (ASML) for what is already the most expensive type of capital equipment in semiconductor manufacturing."

That viewpoint is reflected throughout the industry, and it is backed up by the numbers. The company has more than 60% market share by unit volume, but because it sells more expensive systems, its revenue share is more than 85%. And so far, we have just been talking about deep ultraviolet lithography, which is used to make older chips with larger transistor sizes.

But you may have heard of 7-nanometer (nm) chips, the kind used, among other places, in Apple's core processors since the debut of the iPhone XS. Making chips with features this tiny requires a different process called extreme ultraviolet (EUV) lithography. And ASML is the only company in the world that makes these systems.

Why I'm Excited About ASML

Even within just the status quo, ASML is in a strong position. Global chip volumes are expected to rise roughly 10% annually over the next five years or so (although the short term might be much more volatile, as we'll discuss later). That means that mere business as usual should keep sales growing at a decent clip. ASML is agnostic as to who is designing or manufacturing chips; the need for lithography systems is universal.

I do expect a continuing shift toward 7-nm (and smaller) processes, where ASML has a monopoly. Smaller process sizes increase the density of chips, giving them advantages in power and energy consumption. That can be critical for mobile devices like phones. Apple was the first company to launch a commercial 7-nm chip, but it has already been followed by competitive products. Indeed, Samsung and Taiwan Semiconductor Manufacturing have already begun experimental production of 5-nm chips and announced plans for 3-nm chips, all based on ASML's EUV.

ASML's lead is unlikely to be overcome in the foreseeable future. It took a lot of time, investment, and risk for the company to develop the first commercially viable EUV process. ASML actually started working on EUV around 2000 and shipped the first EUV prototype in 2010. In only began selling production-ready systems in 2016, and didn't see the first high-volume production of chips on EUV until 2018-2019. That's a nearly two-decade-long path that Nikon and Canon have departed from.

While ASML has been working on EUV for a long time, it has only recently become a commercial reality. I expect the semiconductor market to increasingly move toward 7-nm-and-under processes as yields improve and it becomes more cost effective. Intel, which has suffered some challenges in advancing its semiconductor processes, plans to introduce 7-nm chips in 2021. In May, NVIDIA revealed its new 7-nm architecture. According to market research firm Market Insights, the EUV lithography market is expected to grow at a 28.2% annual pace from 2019 to 2025 — with all that benefit going to ASML.

An EUV system costs around $120 million — far more than a traditional deep ultraviolet system. Given the high price tag and ASML's monopoly position, we expect to see gross margin, already in the 45% to 46% range, to rise to more than 50%. And because the company doesn't have to knock itself out with sales and marketing (anyone in the market for a system knows the company and its products), net margin is consistently well above 20%. We expect that to improve, too, as the market shifts toward EUV.

I am talking about what I am expecting to happen over the next several years at a time when it's hard to predict what will happen in the next few months. Research firm Gartner started the year targeting global semiconductor market growth of 12.5%; it now expects the market to shrink 0.9% in 2020. That's a big change of expectations in an industry that is already cyclical. While we don't expect the impact of COVID-19 to linger forever, it could certainly derail some of my short- and intermediate-term expectations. Given that ASML sells a small volume of very expensive systems, quarterly results can be lumpy at the best of times. A single lost or delayed sale could make a material difference.

Moreover, while I'm expecting an increasing number of chips to move over to EUV processes, where ASML has a monopoly, that certainly doesn't describe the way the whole industry is moving. For many chips, cheapness is more important than density, power, or efficiency. And if more designs shoot for low cost, ASML could fall short of our expectations. For example, GlobalFoundries — a top-five global chip foundry that had once been a backer of EUV — made a strategic decision in 2018 that it would not move to 7-nm manufacturing and would focus on refining older processes, which are very much still in demand.

Still, it's worth pointing out a couple things that aren't realistic risks. One nonrisk is that a new technology will displace photolithography in semiconductor manufacturing. While we can't say that will absolutely never happen, there is nothing anywhere on the horizon that would allow manufacturers to make chips by any other means. The second is that ASML will lose its monopoly in EUV. While that's more realistic than the former scenario, it is still very unlikely to happen and should be visible long before it comes to pass. Nikon and Canon are the only realistic competitors at this point, and both have given up on the technology.

Why ASML Is Worth It

The name might not be familiar, but ASML is in an enviable position. Its photolithography systems are an absolute necessity in manufacturing any kind of semiconductor chip, and when it comes to newer, denser chips, the company has a monopoly. That means it can take more share of a global market that continues to grow steadily, while also increasing margins and profits. That's a winning hand, and one that comes with relatively low risk.