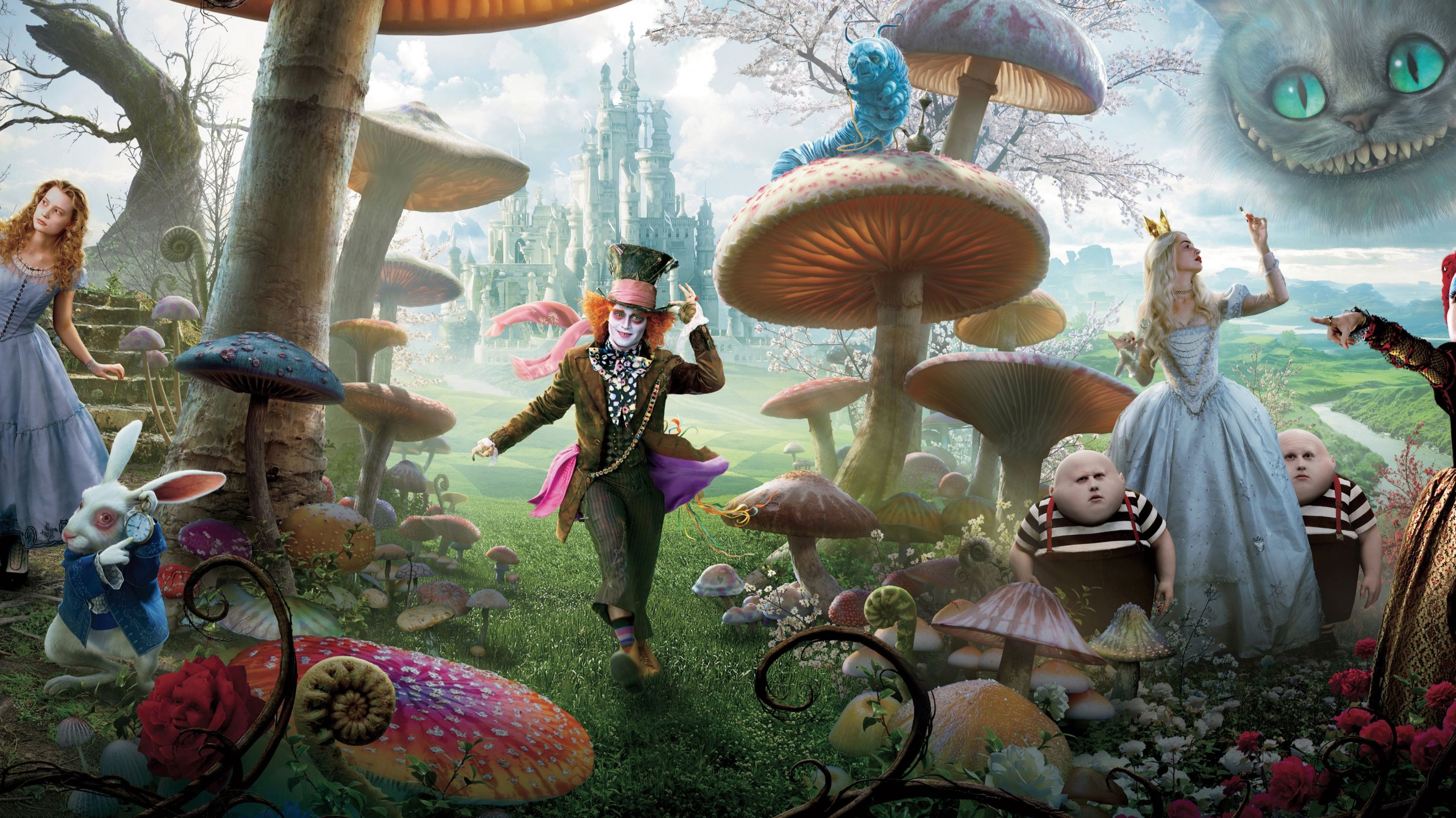 “If something sounds too good to be true, then it probably is.” We have all heard this saying many times before, but in the Crypto world, is this always the case? Today, I’m taking a look at Wonderland, a DeFi project which is advertising a stunning 85,000% APY.

APY or Annual Percentage Yield is simply the rate of return over the course of a year taking into account compound interest. In the case of a 85,000% APY, a $100 investment would theoretically turn into $85,000 after a year. Note that APY differs from APR because it is exponential. This means the return for 6 months is not $42,500 (half of $85,000).

To be honest, a 1,000% return on investment after a year already sounds ridiculous and too good to be true, let alone 85,000%. Besides, we know that scams and rug pulls are quite common in crypto. But before we dismiss Wonderland as a scam, let’s actually give them the benefit of the doubt and try to understand what the project is all about. Maybe there’s an opportunity here for a free lunch.

First off, Wonderland is actually a fork/copy of another DeFi project, OlympusDAO. Since everything built on blockchains are open source and transparent, anyone can take a project’s code, fork/copy it, and create a new protocol while modifying some parts of the code like what Wonderland has done.

The idea behind OlympusDAO is to create a decentralized reserve currency for the world. What does this mean? Well, if you think about what’s available today in crypto, a true store of value doesn’t exist. There are currently stablecoins like USDC which are always equal to $1 USD. But if there was ever high inflation for the US Dollar, you would actually be losing your purchasing power holding stablecoins. This is where OlympusDAO comes in. Their token, OHM, will better retain value because it is backed by a treasury of other decentralized assets. If this is confusing, just think of it as you giving someone gold bars and they give you back a token in return. You can always return this token to get back gold, hence, why this token has real value.

The key innovation behind OlympusDAO and one of the reasons why we are seeing many forks like Klima, RomeDao, HectorDao and of course Wonderland, is this idea of protocol-owned liquidity. Instead of the traditional DeFi method where a project offers rewards when people provide them with assets/ liquidity, OlympusDAO introduces “bonding”, where they actually buy these assets/liquidity from people at a discount and stores it in its treasury. At a high level, this is an improvement because when traditional DeFi projects lower their rewards, people would move their assets/ liquidity away into other projects.

Now that we understand the core ideas behind OlympusDAO, let’s see how Wonderland compares. First, Wonderland is a fork on the Avalanche blockchain. Right away, this means the barriers to entry of trying out Wonderland is a lot lower. With OlympusDAO being on the Ethereum blockchain, it would cost you roughly $300 in gas fees just to participate. If you only had $100 to invest, then you would already lose your entire investment at the start.

The goal of Wonderland is also different to what OlympusDAO is seeking to achieve. Wonderland was launched in September 2021 by Daniele Sesta, someone who has a strong reputation in DeFi from building two other reputable projects - Popsicle Finance and Abracadabra. According to him, the plan is to build up a treasury with assets, set up a DAO (decentralize it), and then eventually become a VC fund that invests in Gaming and NFTs. Whether this turns out to be the case or not, given Daniele’s reputation and attachment to the project, I think it’s safe to say Wonderland is credible enough to not be a rug pull.

Next, I want to spend some time going over the Dashboard to understand how the returns actually work and if it’s sustainable. The first thing to note is the APY you earn comes from staking the Wonderland token - TIME. Staking here simply means locking up your TIME tokens on Wonderland to earn “rebase rewards”. This reward is compounded automatically and distributed in TIME tokens, meaning if you stake 1 TIME token today, you would have 849.79 TIME tokens after one year. This is one of the conditions we have to keep in mind when calculating the real return. Since you are receiving TIME tokens as reward, the price of TIME would need to be constant at $8,983.69 for you to achieve a 85,000% return.

The price of TIME in the future is hard to predict. But intuitively, it should always have a higher value than $1,700, which is the current “backing per $TIME”. This backing value comes from the Treasury Balance, which is like the gold bars we mentioned earlier. You might be tempted to think that if the price of TIME corrects back from $8983.69 down to the backing value of $1,700, then you would lose a ton of money. But in reality, the price of TIME actually becomes irrelevant in the long run even if you paid a premium at $8983.69. This is explained by the example from their discord:

From the picture above, there’s currently 4 different assets people can use to bond/ mint TIME. Since this is basically buying TIME at a slightly lower price, the ROI is the discounted TIME price (bonding takes 5 days to complete). Generally, bonding/minting does not make sense unless ROI is higher than buying TIME at market price on Trader Joe for staking. This is because currently the 5 day ROI from staking is 9.68%, meaning you make more buying TIME straight up than bonding. All the assets from the bond sales go directly into building up the treasury for Wonderland.

If you are a fan of Economics, you are probably familiar with the concept of Game Theory. To create a successful project and token, it’s really about using Game Theory to create an incentive system that rewards certain behaviours and Wonderland is no different.

The most standard example of Game Theory is the famous Prisoner’s Dilemma. At a high level, the idea is you have two parties who must make a decision. If both parties cooperate and work together, they will end up with the most optimal choice for both (highest benefit). However, because each party wants to take the action which is most beneficial for themselves, the game ends up with both parties making the least optimal choice for both (lowest benefit).

Similarly, in Wonderland with three actions: staking, bonding, and selling, Game Theory is used to align incentives for all participants to choose the most optimal group outcome. Essentially, the outcome we want is the Top Left (🎩, 🎩) in the picture below. Everyone benefits as long as everyone is staking their TIME instead of selling and this is how the project will succeed.

For a project like Wonderland, it’s fitting to use the phrase “Don’t invest more than you are willing to lose”. I’d consider this a high risk, high reward play. Given Wonderland is still a relatively early project, I do expect to see Wonderland continue to grow in the foreseeable future. They should be able to sustain this insane APY until their treasury gets big enough for them to start lowering APY. We saw OlympusDAO, which launched in Feb 2021, also start with insane rates but is now cut to about 7,000% APY today. Even so, if you held 1 OlympusDAO (OHM) on Day 1, you would have 36.55 OHM today. For Wonderland, 1 TIME on launch day is only at 3.89 TIME today. This isn’t to say Wonderland will catch up to OlympusDAO, but I do think the risk and reward here makes sense (not investment advice).

How to Buy & Stake TIME

To Get Even More Returns (Advanced)

If you found this helpful, feel free to check out https://myfreelunch.substack.com/!

Exploring crypto projects and opportunities in search for a free lunch.