What is the best hardware wallet on the market ?

Well this is one of the first question that comes to a crypto newcomer who just bought a slice of bitcoin. This is, maybe, the second question after “how to buy bitcoin”. But that is not exactly the question I want to answer to, here.

It was sometime near the end of last year and I was checking my twitter account when I read a twit about the Ledger data base dump. This guy had his data leaked : emails, phone numbers, and even physical addresses leaked. The good news was that there were no password in the database. But still, he was really pissed off. And of course it was very understandable. It’s unforgivable for a company in charge of the security of your crypto not to be able to manage the security of its data. He was very angry with Ledger and, after a load of un-peaceful adjectives, he concluded his post this way : « now that I am going to leave Ledger, what hard wallet would you recommend ? what is the best alternative to Ledger ? ». Interesting question I thought. And after a while I came with this response : Ledger of course !

If you think security is expensive, try a commercial database leak

Come on, you don’t mean it ?!? Yes, I do mean it : they have been hit hard by this double trigger failure. Bad articles in the press, anger on the social media, lost of customers, … In a way they now have the experience. They know now the price of the security of their data. They know they have to drastically improve. They know they need to be audited. Now they have had an industrial accident, they probably understand better this famous Stelios Haji-Ioannou quote “If you think safety is expensive, try an accident”, where we could change safety with security.

They should now be more robust to hacking, more than others that haven’t experienced this kind of industrial disaster … And because of that, I just bought my new Ledger nano X … and maybe also a little bit because my personal data were not in the leaked database.

Happy to read what you think.

Newcomer in the crypto world, living in France, BTC and ETH hodler. 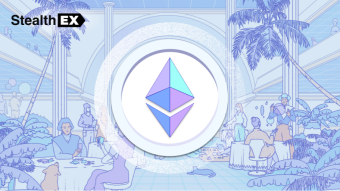