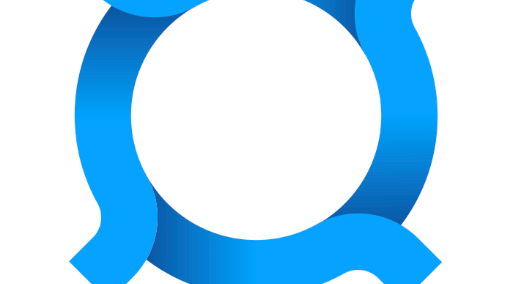 Lara Logan put it well recently when she said…

If you use them, they make money from you using them. How can you claim to be against them but still help them destroy us and the planet?

Yes they often have the best features - because money is no object. They were set up by the global intelligence agencies to entrap you. They do not operate by the same rules as peoples competitors. They suck you in with features and the bells and whistles and make you forget the underlying agenda… some of which is to control and censor you when necessary, to spy on you and to sell your information.

You are at the whim of the cancel culture of the control freak globalist psychopaths.

Quite simply if you use the globalists social media then they profit, and they are in control. We need to spend out time and effort helping to build new platforms that may not have the best features or bells and whistles but keep your data private and will not censor you.

This post will be about Bastyon, which I joined about 6 weeks ago. A friend recommended it. A feature that I am attracted to is that Bastyon is independent of centralised servers, as it relies on peoples computers - “nodes” to relay and store information.

This feature may well be important as it gives more resilience to corporate / deep state attack or takedown of the internet servers. The powers have be have already simulated /practised a cyber attack and we all know that they appear to run simulations before all their false flags and operations.

As with most of these community social media, they are works in progress.

It is not particularly easy to understand the rules, partly because they are confusing, partly they have not been kept up to date and partly as they are not even that obvious to find. Try to locate the “about us” link and FAQ links. These are found in different places on the app and the website but both iirc are tiny and at the bottom of some pages.

Even when you find them they are not easy to understand.

At first you are only allowed to make 5 posts and 15 ratings of others posts ie 1 to 5 stars. This amount of posts is not many if you are trying to get your “reputation” ie star points up quickly, to be able to unlock greater abilities - to post videos for example. I believe this system is to weed out bots.

You get more facilities on getting 100 points and 100 high reputation users to upvote you so it says.

This is wrong, as on reaching 100 reputation points, most of which were given in twos, my posting was enhanced from 5 to 30 and ratings (giving stars) from 15 to 200. So at this stage the 100 high rep users upvoting you appears to be irrelevant.

This screenshot was my abilities/limitations on reaching 100 reputation star points.

You get reputation points by people voting on your posts. Quite why they have one system of numbers for rating that in reality is changed to another for reputation is lost on me.

People are only supposed to vote you down if your posts are poor quality or if it is not related to the tags - see the rather cheesy titled Bastyon Code of Honour.

However at least 2 individuals for some reason voted me down multiple times for high quality posts but presumably because they disagreed with the posts. I suspect one did so as one preferred Ukraine and lies to the truth, and I am not sure about the other. If two people are targeting you voting you down with 1 star ie minus 2 points when they can, and you are only allowed 5 posts a day, then it is not easy to build reputation.

My recommendation is to block anyone who votes you down. If they were decent human beings and voting you down for the right reasons then they would explain to you what they were doing wrong. Even if I knew how to complain, then experience tells me that complaining about people when you have zero power rarely works out well.

As Bastyon is run on peoples computers then it limits what can be posted, especially for beginners.

I did upload one video just to check/see and it works fine. I think there are limits as to quality and length depending on pocketcoin/ reputation.

I believe also that non popular videos are removed after a certain period of time, unless they are backed by a certain amount of pocketcoin. Whilst this is understandable as the platform is run on peoples computers, then it doesn’t give much incentive to upload for the vast majority whose videos are not popular or who do not yet understand or are set up for crypto.

Since blogging is my speciality, having blogged on child abuse and illuminati for 8 years and have built a good reputation on wordpress and now substack, I would have hoped that blogs “long posts” received a bit better promotion on Bastyon.

I did try and post one about Odysee but on the timeline it appears strangely in different format to normal posts, expanded in size with logo inside it but due to the larger size, it appears different and squashed between other posts.

Its not even obvious/intuitive to find long posts yet alone your own long posts. I have just spent 5 minutes failing to find the one I have posted. I dont think it got any views or stars. Even when you find the long post section, there is not a visible repost button. There appear relatively few blogs as yet, but I will try and post more on Bastyon to see how they go, and of course this one will appear on there.

Having just tried to post this post on Bastyon itself, there are several problems. I cannot seem to embed videos, not amend photos once loaded, nor get back to draft after a preview, nor add a link on a photo to guide where readers will go on clicking it.

These factors make it very difficult to continue to blog on Bastyon. Either the features are not easy for me to find or are not present. If you are reading this on Bastyon, please bear this in mind why the post is substandard.

I now have 281 reputation points but I am not even sure that when I upvote people if my votes count. Have I yet passed the qualification that my points count yet? Certainly I don’t see peoples points going up when I vote. Maybe it takes time. Have I reached 100 different people yet that have voted me up? Is this rule still in force or did it change or will I soon pass on the “2 months rule” that I think I read that when two months pass, only 30 people need to have upvoted me. I am pretty sure I must be passed that.

But its confusing. Some rules are not implemented as they are written and this leaves me and others in a state of confusion. What are the real rules? No social media platform should leave new users in a state of confusion. If this is really to stop bots then some people are definitely under the impresssion it does not work and say there are many bots. IDK but there are certainly accounts who blatantly break the Code of Honor, actively harming others - those who are vulnerable as they are new and have less ability to avoid these attacks. As I said before I block ALL people I see giving 1 stars unreasonably. As far as I am concerned they are power freaks and not helping anyone. I have 18 blocked at the minute.

All this, I should imagine, is fairly easy to sort out. I hope Bastyon developers do as they are doing themselves no favours.

Unfortunately I have had to delete the app twice, as it started randomly switching on on every 3 - 5 mins, very annoying. I have not yet bothered to upload it for a third time.

The app having a mind of its own is of course a big worry and I hope next time I download the app it does not randomly open. If it still does, then this one factor wholly negates for me the benefit of being able to use Bastyon when servers are down, as I wont have the app.

One person also told me that they have had trouble with the app “Now I've got it I can't log out of it. It actually shows up with this giant "BASTYON" watermark like thing on every single browser I open. It's like it's infested my entire computer”

Other Sources of Information on Bastyon

This is a couple of minutes of a video interview of the Bastyon developer, Daniel Satchkov, which I took from Jerm Warfare’s telegram and so as to be able to show it here, I uploaded to my Odysee.

Daniel states that Bastyon is decentralised as its non corporate, its open source, its public domain and its run on computers around the world. He is not a programmer but says he is a maths geek and he is the designer.

Scott’s videos are very comprehensive, he knows his stuff and they are presented well. He has made one on Bastyon.

People may know that videos are usually not my favourites as they take so long to watch compared to reading text/pics but Scott also writes a blog on Bastyon, published on Publish Ox -The guide to Bastyon [2] Very useful.

Bastyon’s crypto is pocketcoin. I have got about 0.38 and there are about 1.40 to the US Dollar. I haven’t even got to understanding this yet or the relationship to Pocket, and I have never used Pocket as it always seems to ask me to jump though many hoops to access it. Scott covers it as he is an expert on crypto.

There are however many annoying aspects to it for me - the lack of clarity in the rules being major when you start off especially, the difficulties in easily finding the rules/faq, the bullying of small accounts by a few larger accounts, blogs being a poor relation and the app having a mind of its own.

But of course Bastyon has relatively small team compared to the control freak giants. 30 developers is tiny compared to youtube, facebook, twitter etc. So I will stick with it for now, but hope notice is taken to improve the experience.

1. Community Social Media - Odysee Recently banned from twitter, I am regrouping and looking at what I have called community social media sites. By that term I loosely mean those that reward creators with points/tokens/crypto for their content, are decentralised and generally free of centralised authoritarian control - replaced mainly by blockchain accountability which helps build up lik…

1. Community Social Media - Odysee Recently banned from twitter, I am regrouping and looking at what I have called community social media sites. By that term I loosely mean those that reward creators with points/tokens/crypto for their content, are decentralised and generally free of centralised authoritarian control - replaced mainly by blockchain accountability which helps build up lik…

I blog on illuminati, child abuse, and just starting series on Community Social Media from an tech idiots point of view ie mine...

I blog mainly on child abuse, iluminati and mind control.