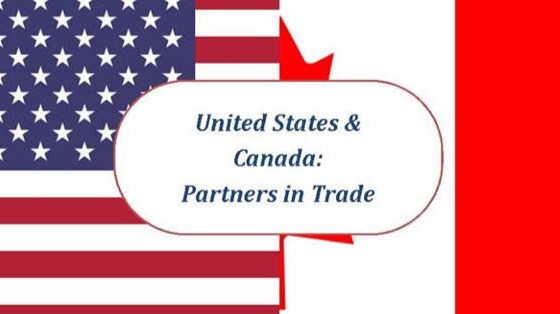 Another key event that preceded the introduction of the Euro currency, was the North American Free Trade Agreement that came into effect on Jan 1 1994 exactly five years prior to the Euro.

NAFTA has had an overwhelmingly positive effect on the Canadian economy.

Under NAFTA, total trilateral merchandise trade, as measured by the total of each country's imports from its other two NAFTA partners, increased more than three-fold since 1993.

But at the time of negotiating the trade agreement in the mid 90's this agreement was fiercely debated especially between Canada and the USA.

Some hardcore debaters were concerned about the benefits of such an agreement between two countries with very different size in population and the protectionist approach in trades from the United States.

However the United States politicians and trade experts had to recognize that their neighbour to the North was and still remains to this day their largest and most important trading partner sharing the longest and most peaceful border in the world.

Given that the Agreement is over 27 years old, there are many clarifications and technical improvements that could be made in all trade areas covered by NAFTA, such as labour, the environment, or culture, for example. NAFTA would also benefit from the inclusion of new trade areas, such as electronic commerce, that are not currently covered, to ensure the agreement is aligned with today’s economic realities.

NAFTA’s provisions ensure greater certainty and stability for investment decisions and have contributed to enhancing Canada’s attractiveness for foreign investors while providing more opportunities for Canadians to invest in NAFTA partners economies. Under NAFTA’s investment-friendly environment, Canada and the U.S. developed one of the world’s largest investment relationships, while the Canada-Mexico relationship increased dramatically since the Agreement entered into force.

It is without any surprise that other countries in the world would carefully consider uniting and join forces to compete in a global economy.

At the turn of Y2K, the trend of globalization was in full swing with the addition of the European Union.

Stay tuned as I will tackle the heart of the matter in my next article on the FX TRADING.

Your invitation to discover Torum & Cryptos