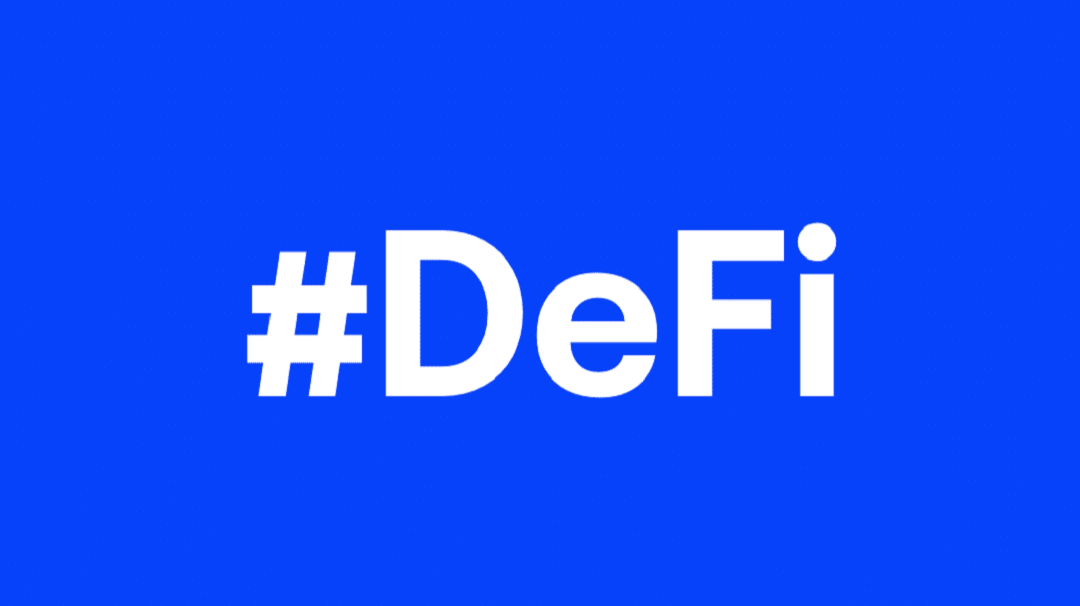 Sharing economy becomes an increasingly acute paradigm of today’s. Coming to wipe off a years-long dominance of capitalism and centralized market model, it forever transforms the way human interaction enacts in the business acumen. As a result, an ever-growing number of people start practising individual provision of services – which, from the definition, removes the need of an intermediate party. This already occurred in automotive, hospitality and real estate industries - let’s recall such names as Uber, Airbnb, and WeWork.

The phenomenon of a sharing economy further spilt over to the traditional financial system, which gave a nascence to the field of decentralized finance. Collectively labeled as DeFi, this evolving branch of the economy already brought into existence numerous market participants, which only gain in public recognition as years go by. These days, DeFi even went as far as to develop its own distinctive metrics – Total Value Locked (TVL) – which provides a comprehensive measurement for the compound amount of value locked in the entire field of decentralized finance.

Maintaining on the level of $800M for an extended period of time, TVL managed to surpass the benchmark of $900M only in June. Soon afterwards, it was prompted all the way up to the rank of $1B, which is considered as an unprecedented breakthrough in the field of DeFi. Currently, TVL sustains not far from $2B frontier, which is an explicit sign that DeFi is gradually and persistently gaining in power. 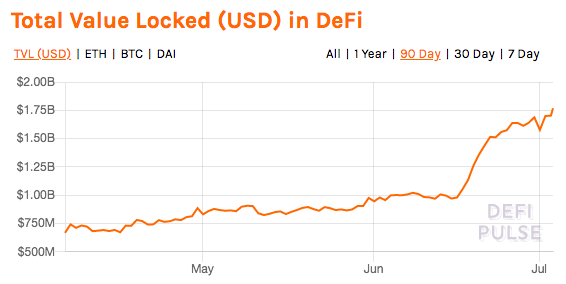 Where does this growth originate from? In fact, an ever-growing plethora of companies are interested in tokenizing their business activities and trading them on the open market. This is why each new year sees a whole range of utility tokens coming into life to satisfy a growing investor appetite.

These digital tokens are entirely based on decentralized protocol and can be used together with decentralized applications (dApps). And that’s specifically what makes them distinct in comparison to cryptocurrencies like Bitcoin - their value is capitalized on innovative technological solutions (in this case, dApps) that offer advanced features thanks to decentralized protocols they are built on.

Now, let’s investigate what decentralized protocols actually are. In essence, they represent the underlying technological basis on the top of which various applications can be constructed and managed. As a rule, the technology itself (or its application) brings some specific service, on whose value digital tokens are capitalizing.

There are plenty of noteworthy solutions that emerged in recent years. One of them is TimeCoinProtocol – the decentralized protocol which allows developers to build their decentralized applications (dApps) alike to Lyft and Airbnb. The main purpose of this protocol is to eliminate the unfairness of fee distribution by directing all earnings flows straight to the service provider instead of an intermediary platform.

The platform builds its value on “time tickets”, which are in essence the business hours users decide to transform into tokens. Later, these tokens can be purchased or exchanged on the provision of another service, ranging anything from coaching to fortune-telling. Overall, that’s how Cointelegraph describes the whole principle behind TimeCoinProtocol in its dedicated piece:

“TimeCoinProtocol, which has been built on the EOS blockchain, aims to offer more competitive fees than centralized rivals and eliminate opacity. Buyers can rest assured that they’ll get a high-quality service from the provider by checking up on their track record in past jobs. Likewise, sellers can also perform checks to ensure their clients are trustworthy.”

Due to a high promise they hold, decentralized protocols earned high esteem combined with expectation of taking the leadership role in a full-scale tech transformation of multiple sectors of the economy. This is exactly why the price of their tokens is only ramping up and continues to increment day by day.

One more offbeat solution leveraging decentralized protocol is called SelfKey. This blockchain start-up allows full independent administration of control over personal data, without the threat of loss or data breach. By creating their own blockchain-based digital identity, the platform opens up a possibility of self-governance for each individual or organization – SelfKey-owned marketplace offers services from loans and bank accounts to corporate entity registration.

This also gave a rise to an escalating movement of individual tokenization. It allows the community of investors to make major life decisions for the issuer - anything ranging from the purchase of a car to marrying a spouse. That’s what Alex Masmej, a founder of DeFi start-up Rocket, already did by participating in a round of ICO during which the $ALEX token was launched. This brought $20,092 to the owner, which he is planning to spend on a cruise across the Atlantic.

World In The Aftermath Of Covid-19 – Can DeFi Offer A Solution?

Recession is making a more visible presence in the world hit by a Covid-19 pandemic. While a large number of corporate players were damaged by bankruptcy, governments are coming up with bailout plans that eventually leads to a risk of triggering higher inflation. In a situation like this, a powerful antidote to the current financial system is decentralized finance, which mitigates its weaknesses by bringing the element of non-control and independence. Despite DeFi not being properly regulated yet, it does not prevent it from being another big thing in the forthcoming years.

Defi can bring into mainstream a number of benefits. Among them are:

These days, DeFi gradually starts building bridges with the real world. The major cryptocurrency exchange Coinbase made public its intentions to get listed on the New York Stock Exchange (NYSE), presumably by early 2021.

Some analysts predict that this move will stir more public interest around cryptocurrency and its instruments, similar to Bitcoin perpetual contracts. An ever-growing number of people will also become aware of digital tokens and their benefits, which will facilitate the positions of DeFi in a global economy struggling to make its way after Covid-19.

Let's meet. I am Andrey, Marketing and Public Relations specialist in the crypto area. I already helped for 34 crypto projects. They collected more than 20$ millions of investments, and I am proud that my help was a significant part of their success. Let

Technology and ideas that make the future closer.