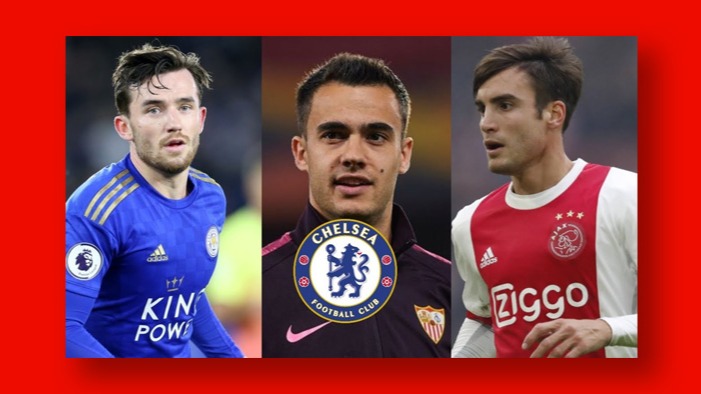 Which Left Back Will Be the Best Fit for Chelsea – Ben Chilwell, Sergio Reguilon or Nicolas Tagliafico?

It is already clear like crystal concerning the areas Chelsea need to reinforce for next season. As so many fans will say, Chelsea’s defense this season has been in shambles and have conceded not only the most goals than the top 10 teams in the premier league this season, they have also conceded the most goals since so many years, probably since the Roman era of the club. With that in mind, a lot of the Chelsea fans are crying out for the club to find a solution quickly for next season by signing some quality players for the defensive positions.

We all know that the defense is the area that Chelsea seriously need to reinforce for next season as they desperately need at least a left-back, a centre back and a goalkeeper before they can begin to see themselves as ready to compete next season. However, in this post, we will be looking at the left-back options that have been linked with Chelsea recently as one of the 3 options will most likely be a Chelsea player next season. Looking at the 3 options identified by the club, a lot of talking points have surfaced concerning these players and which one will most likely be the best fit for Chelsea…

These players have their strengths and weaknesses but the truth is that, among the 3, there is definitely one that will most likely be the best fit for Chelsea. It is all a matter of Chelsea making the right decision in which player they want to be their left-back next season and beyond. According to some of the Chelsea fans, Chilwell price tag is too expensive and are actually not buying into the idea of Chelsea actively pushing for Chilwell’s signature. Reguilon or Tagliafico, on the other hand, are two names that the Chelsea fans are really excited about. The first being the younger of the two, about the same age as Chilwell but will still be happy if Chelsea secure the latter which is about 27 years at the moment.

Reguilon who was regarded as the best left-back in the La Liga is probably the favourites among the 3 according to the Chelsea fans as he has shown that he has the qualities that would suit Chelsea and how Lampard wants his team to play. Tagliafico is the starting left back of Ajax and we have all seen what he can do on the pitch and what he has done for the Eredivisie giants. The only concern the fans have when it comes to securing Tagliafico is that he plays in a much weak league where there are not many quality forwards who can ask and have asked a lot of questions to the Ajax defense – Not like the premier league which is a lot more competitive as harbours some really top quality forwards. Chilwell is premier league proven like we have seen from him these past few years in a Leicester City shirt, but the Chelsea fans still don’t think he is defensively sound to solve the left-back defensive issues at Chelsea.

For me, I think Reguilon could be the best fit for Chelsea both in the short and in the long term as he is still very young. He has the pace, aggressiveness, can score, can beat his man and can defend to an extent – which is what Chelsea needs at the moment if they want to grow from where they are to the next level. With Reguilon, a top class centre back and a quality goalkeeper, coupled with how good the attack is (at least on paper), then Chelsea can say that they are ready for next season and are ready to compete in all competitions at the highest level next season.