Aelf : The New Generation of scalable Blockchains: A hands on experience

Aelf : The New Generation of scalable Blockchains: A hands on experience

In this firsthand experience, there will first be a small introduction on my own views and understanding of blockchain, and then I'll share my experience with using the aelf boilerplate (boilerplate is another word for a template made up from scaffolds to easily apply your own customization).

'Blockchain enthusiast', a term many have seen come by a lot of times even with a small amount of blockchain exposure. My own knowledge could be best described as well by this term, but without a lot of hard technical knowledge. Being in the blockchain world since late 2017 I've come to learn about a lot of old projects, new projects who have improved the old ones, and of course, new projects who're paving their way from the very beginning. After doing a lot of DYOR (do your own research) I was starting to understand what was happening, why things were happening the way they were and how this is trying to improve the future.

Nowadays the ecosphere is more aligned and feel less like a wild-west, crypto wasn't always like this though, the whole environment was shared between a lot of newcomers (including me at the time) who had no idea what was going on and where the far majority was in the game to earn a quick buck. Now, after a lot of governments trying to regulate Bitcoin and other cryptocurrencies, agencies flipping their conservative opinion into pro-crypto, and of course large corporations trying to find a place on the blocktrain, I can confidently say blockchain is here to stay. Maybe the whole blockchain ecosystem will stay small scale for precise purposes, maybe it will be adopted worldwide and every person knows what a blockchain is; only the future holds that answer. Whatever the outcome may be, I'll be here to find out.

Build your own blockchain: personal experience

Aelf - A Decentralized Platform for Cloud Computing, the first thing you'll see when visiting Aelf's site (aelf.io) but what does it mean? Aelf is a crosschain blockchain protocol, there will be one mainchain and a possibility of an infinite amount of sidechains. These sidechains can communicate with each other (crosschain), and the mainchain indexes the sidechains (protocol) keeping track of what happens. The sidechains will each run its own highly customizable smart contracts in parallel to each other. These highly customizable smart contracts offer the possibility for businesses to make their own sidechain to their entire likings, for example, a completely private chain.

When the first working product got released on May 1 under the alias Enterprise 0.7.0 Beta I was eager to start checking out what the development team has created over the past one and a half years. However, as a not so tech-savvy person, I quickly saw how that was not going to be easy without an easy to understand step-to-step guide. This was until the aelf team released an easy to understand guide combined with a video instruction made by our head of content creation Joshua Mapperson.

After installing everything needed as explained, I came across the first problem: the master build was failing in combination to an error where the .NET PATH/directory couldn't be found.

Since my experience with any kind of coding, and thus also Visual Studio, is incredibly limited there were troubles with continuing this written guide. Retracing all steps after uninstalling all necessary programs the same problem still persisted. The problem lied somewhere in the way Visual Studio was interacting with the .NET software, and that some version was missing. Going back to the .NET software download page I downloaded not only the .NET Core, but also the .NET Framework 4.8 Dev Pack. 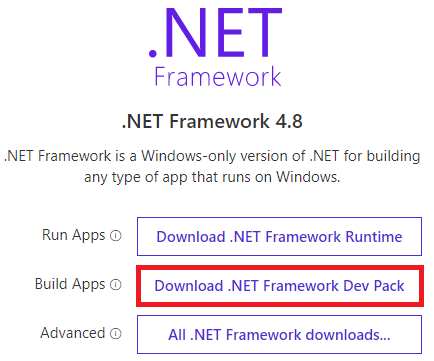 And voilà, a huge amount of problems while trying to run the program disappeared. From here things were smooth sailing, and not even a bit of coding knowledge was needed to complete the tutorial. From seeing a simple "Hello World" message on the browser, to having a wallet explorer integrated into chrome, to seeing a 'Bingo Game' work over the blockchain. But these are just small things which hide the real achievement and point of this event, the fact that your computer turns into a local blockchain that's running a live aelf node.

This is where the real developers come in though, and this is the part where the fun stops for me. If you've got coding experience you can go to the launcher project and config the blockchain by changing the code.

Overall, the BYOB event is a great point on the road to mainnet. Because with this event the community which has supported the aelf project for a long time can now see the tangible results and work on it. One point of improvement could be to add a part to the video / graphical guide on where to exactly make code changes. This would have been a great extra task, for example: change the code in such a way that blocks are twice as big or take twice as long to be created. Other than that there is very little feedback coming from my perspective, not because there are no more points of improvement, but because of my own lack of better technical knowledge. I'm curious to see what the real tech-savvy developers have to say about the aelf enterprise version, but as a semi-layman, the current release works and looks great.

I'm eager to see what aelf has in mind for the future, but in my own humble opinion, I think aelf will be one of the market leaders in terms of innovation and mainstream adoptability. Not only do I say this because of the things aelf has released in the past, but also because I've personally seen the team grow due to the unique position I've been given from the first day as a moderator/ambassador. The project has gone from a new startup to a real team which knows how to delegate certain tasks to the right people, how to tackle problems and the sheer dedication shown by all the team members and the large group of community ambassadors behind them. 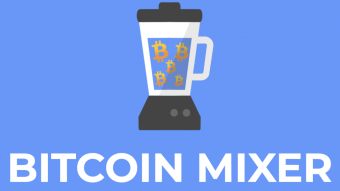