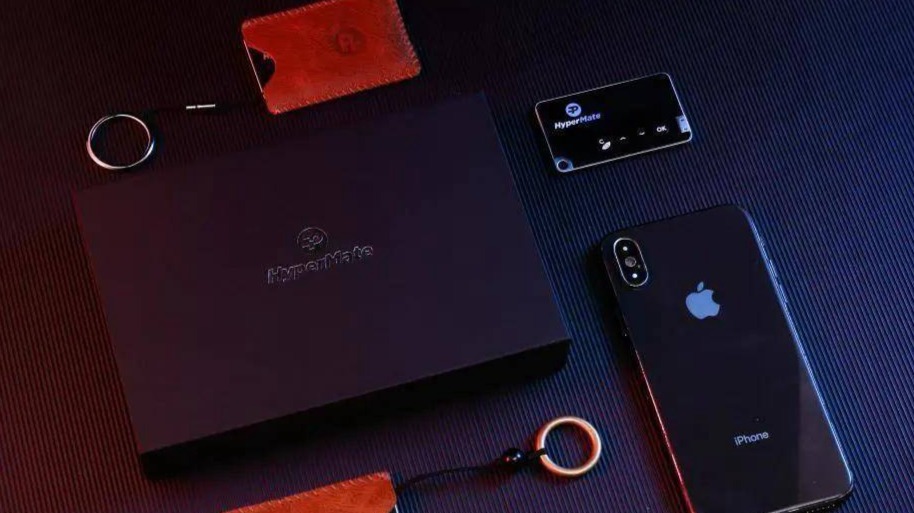 In the crypto world, the importance of security cannot be over emphasized.

As the global market value of cryptocurrencies continues to grow, asset security has become the most concern of investors. Since 2019, numerous hacker attacks in the cryptocurrency industry have caused losses of up to billions of yuan. Once the crypto assets are lost, it is difficult to find back.

According to the bitcoin exchange guide, a recent report by market research organization Research and Markets shows that the market for cryptocurrency hardware wallets has grown by more than 300% in the past 5 years.

There are currently four well-known hardware wallet brands in the world: HyperMate, ColdLar, Trazor, Ledger. Today, I will give a comprehensively evaluation of these hardware wallets for the ease reference for you to choose your hardware wallet.

It also needs to be noted that the four hardware wallet evaluated here are HyperMate, ColdLar pro 3, Trazor, and Ledger Nano S.

First, let’s take a look at the design of each hardware wallet.

HyperMate looks very like a MP3, small and portable. It is only one-third of the size of iPhone, and the thickness is only 2.3mm, so it looks very delicate. There’s only a few buttons on the bottom area, which is very simple and easy to operate.

It is also worth mentioning that there is a small hole in the lower left corner, so it can be directly stringed on the keychain or mobile phone chain and put in an accessary protective cover. 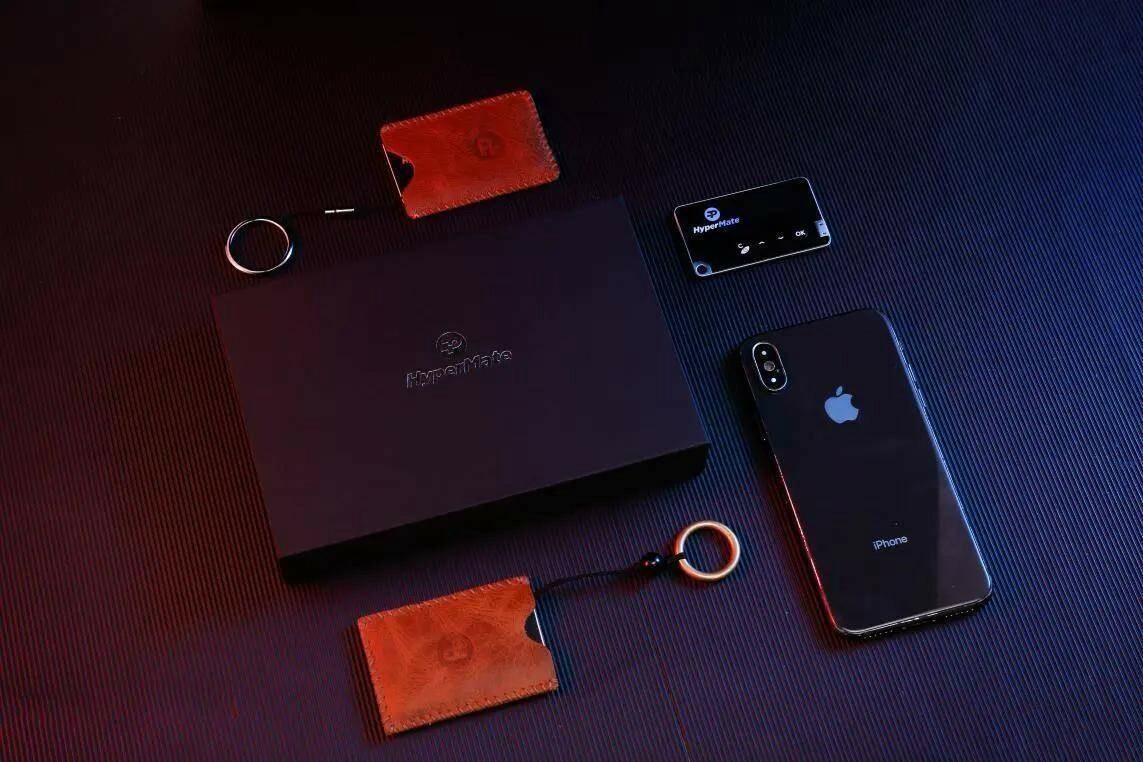 ClodLar Pro3 is like a mobile phone, whether it is seen from its appearance or physical buttons below the screen and on the right side. It’s very fancy, so obviously its cost is more expensive.

Trazor looks like an older MP3, and also like a car key. In the middle set a screen, an attached string on the upper left corner, and there are two buttons, very simple. But its main material of the shell is plastic, which looks slightly cheap and lacks some texture.

Unlike the above four, Ledger Nano S looks just like a U disk. The shell is made of plastic, which is a bit light. The texture is not as good as the previous wallets, but it looks smaller and more exquisite.

Next, let’s compare the user experience of the four wallets.

HyperMate is very thin, only 2.3mm, and the sides are curved, which is perfectly matched to the hand structure. As a hardware wallet of HyperPay, it can also work in sync with HyperPay App by Bluetooth at any time you want.

In addition, HyperMate also supports Bluetooth firmware upgrades, and you can enjoy the update service without replacing the hardware. At the same time, HyperMate’s battery also has a large capacity and supports long standby.

HyperMate is also very convenient in operation. After booting, it will prompt the user to create a wallet or restore the wallet. The user only needs to remember the mnemonic words, and then HyperMate only verifies 5 of the mnemonic words, which can not only guarantee the correction, but also shorten the creation time.

HyperMate can be seamlessly connected with HyperPay wallet by Bluetooth, as shown above. The pairing code is issued by HyperMate, which can ensure the security of the connection.

When using HyperMate to transfer, HyperMate adds an extra confirmation process that let the user to check whether the transfer address is consistent. Only after the user confirms again can the transfer be continued. This design I think is fantastic.

It is very convenient to create multi-signature wallets in HyperMate, operated in HyperPay and verified on HyperMate. In all respects, HyperMate’s user experience is quite excellent.

ColdLar Pro 3 seems to be a mobile phone, it not only has the appearance of a mobile phone, and also has the function of a mobile phone, that is, fingerprint unlocking and a touchscreen, which perfectly fit people’s operation habits, making the operation more convenient and faster. The physical buttons control the screen display and power on/off. The charging interface is Type-c which is fast in transmission and charging. When working with ColdLar APP, the functions of transfer, data update and searching are completed through scanning QR code, which is relatively complicated.

Trazor is more cumbersome to use compared to the other hardware wallets. First, you need to download and install the TREZOR Bridge software on the computer’s Trazor official website, then you need to connect the Trazor to the computer with USB to carry out subsequent wallet-related operations, for the TREZOR device itself does not have a battery, and should use computer’s power.

One thing has to be mentioned about Ledger Nano S that it only has English version, so it is unfriendly to Chinese users. And it can only used by connecting to the computer through a micro USB cable. There are 24 mnemonic words need to be memorized, and only after confirming by pressing the right and left button together can the next word be displayed, which is quite uneasy to operate.

The number of currencies supported is an important factor for users to choose hardware wallets. 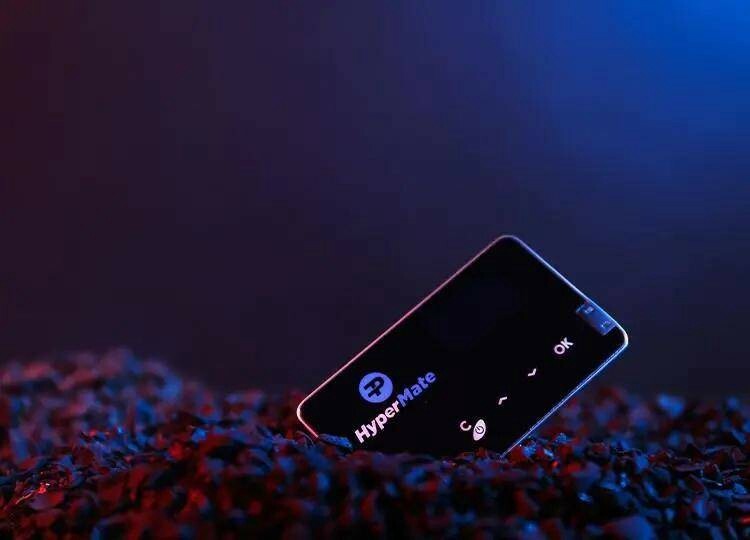 HyperMate has a built-in CC EAL6 + military-grade security chip. CC EAL6 + is not only a security level for military use, but also means that the HyperMate security chip has passed the necessary tests and evaluations o f CC security certification.

HyperMate has also passed the European CE safety certification, which represents a passport for HyperMate to open and enter the European market.

Another very important point is that HyperMate cooperates with well-known security agencies such as Feitian, SlowMist Technology, Beijing Chainsguard, and Chengdu Chainsguard to enhance HyperMate’s safety in another way.

ColdLar Pro3 uses cold and hot segregation. It, as a cold wallet, is completely offline, to be worked with a hot wallet, that is, ColdLar app. ColdLar Pro3 is mainly used to do the creation of the transaction and the signature. The signed information is sent to the Blockchain through the APP by using QR code to encrypt the communication, which can effectively prevent the attacks of network hackers.

In addition, ColdLar supports multi-signature algorithms, allowing multiple devices to have an address. It also has done a lot of work to improve users’ awareness on security.

Trazor is equipped with an ordinary ARM chip, which has a high degree of security, but not as high as ColdLar and HyperMate. Specially, Trazor can perform dual-screen comparison, and the PIN code cannot be intercepted by the PC, preventing transaction forgery.

The private key of Ledger Nano S is saved by an independent secure element and locked by a PIN code to protect your private key from unauthorized use. At the same time, the chip is certified and evaluated by Common Criteria and EMVCo third-party evaluation agencies to prove its safety.

Ledger Nano S does not need to use anti-counterfeit stickers protection,as when the new machine is used for the first time, there’s a Root of Trust can check whether the device is genuine. Moreover, the encryption chip will check the integrity of the device every time it is turned on.

Despite all the security measures, it was reported that Ledger Nano S had a serious vulnerability discovered by a hacker before. Fortunately, the hacker did not attack, but gave the wallet a kind reminder. The security of Ledger Nano S still needs to be improved.

Every product has its own features, which is the main factor for choosing the wallet.

②HyperMate firmware can be upgraded directly via Bluetooth link, and the upgrade can be performed directly in the HyperPay App. Through upgrading, more currencies will be supported. HyperMate is seamlessly connecting with the HyperPay, so it can also use rich functions in the HyperPay, including off-chain and on-chain wallets.

④HyperMate adopts the single-chip design, without adding any chips for auxiliary calculation or information storage in the design circuit. All the components such as buttons, screens and Bluetooth are directly connected to the security chip to avoid data transmission between multiple chips, completely eliminating any possibility of tampering with data.

⑤As a binding platform of HyperMate, HyperPay is a feature-rich asset management platform that supports on-chain, off-chain and hardware wallets. Thus, user assets can not only be safely stored in HyperMate, but also can be used to participate in wealth management, loan, PoS Staking, and one-click transactions and other applications aggregated in HyperPay, so as to conveniently and quickly participate in all aspects of theBlockchain ecology.

⑥HyperMate adopts the randomly arranged keyboard for PIN code entering, minimizing the probability of passers-by peeking at the PIN codes and stealing private keys. HyperMate also has a built-in self-destruction program. When the PIN code is entered incorrectly 10 times in a row, HyperMate will automatically destroy the stored data, which can effectively prevent the hardware wallet from being violently cracked by hackers.

①ColdLar Pro3 uses QR code communication + NFC transmission method between the cold end and the hot end (optional, of course, the mobile phone needs to support NFC first) to ensure that the private key never connect the Internet, completely eradicating the risk of private keys being stolen by hackers.

③ColdLar Pro 3 pioneered the collection of environmental information as an entropy source to ensure the randomness and uniqueness of the seeds and greatly improve the password strength.

Trazor has only one feature, that is, Trazor supports PC.

The official price of HyperMate is 489 yuan. With a cheap price, HyperMate’s overall performance is quite expensive, and it has obvious advantages over products of the same price in terms of functionality, comprehensiveness and security.

ColdLar Pro3’s official price is 4288 yuan. To be honest, not everyone can afford it.

Trazor’s price is 128 EOR, equivalent to 993 yuan, lower than ColdLar’s but still higher than HyperMate’s.

Ledger Nano S is priced at 499 yuan, which is also a very acceptable price, although its cost-effective is relatively low. 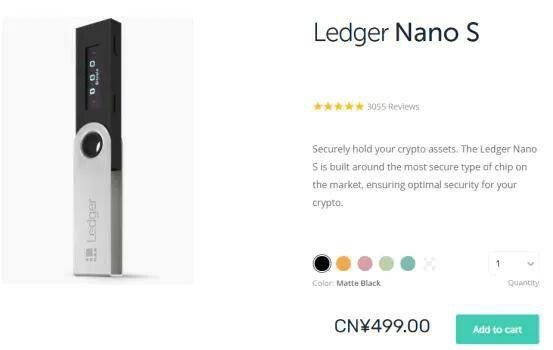 In conclusion, HyperMate is the most cost-effective among the four hardware wallets.

HyperPay is one of the mainstream wallets in China the head wallet with the second largest number of domestic users after token. It is divided intohas three types of entry modes: off-chain wallet, on-chain wallet, and hardware wallet. In the crypto Block chain wallet industry, the wallet possessing with both on-chain and off-chain modes has more obvious advantage amongare more attractive to users, while the wallet with only on-chain mode sets a higher threshold for users. HyperPay's registration home page 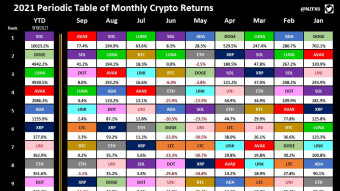 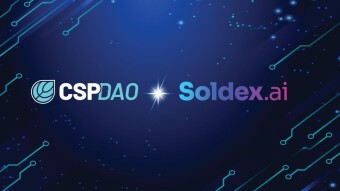