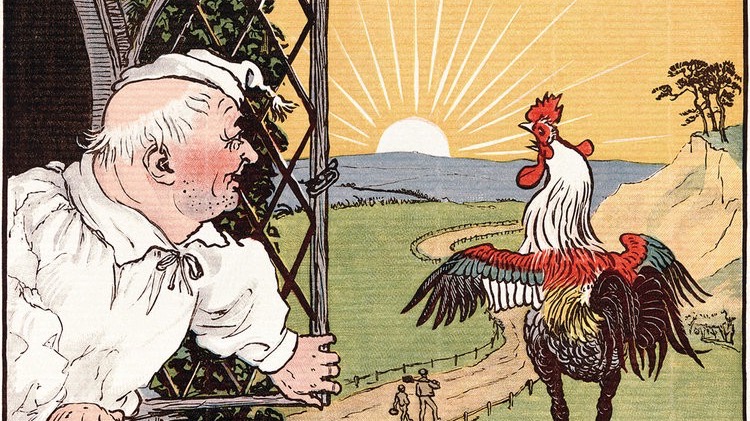 Glass Steagall and FintechLast week, we messed-up The FR’s release time. Our apologies. Here’s our new edition, delivered freshly to you at the regularly scheduled time.

AXA chief Denis Duverne’s explanation for ousting AllianceBernstein CEO Peter Strauss (the man who hated ETFs) and most of its board was simple: “We are not here to challenge what has been done in the past. We want to adjust the company to the new structure of the industry.” In last Monday’s hastily arranged call, Duverne and AB’s two new leaders, chairman Robert Zoellick and CEO Seth Bernstein, underscored the importance of innovation to AB’s future. In reality, AB has been at the forefront of doing things differently, which has meant moving away from commoditized products and adopting more innovative pricing methods. Still, it has been operating in a standard manner during times that are anything but standard for asset managers. That’s why we think that this move, while poorly orchestrated, could be a good step towards building better products and client service at a lower cost. Our only question relates to the personnel added to shepherd this new era, which will rely on a heavy dose of fintech and imagination. That’s because the new board largely consists of executives linked to AXA and who appear light on technology knowhow and moxy. Perhaps AB will appoint additional board members and senior staff to round out AB’s perspective, but so far — and despite the many tech and fintech executives who would have leapt to join AB — it seems that the new people look a lot like the old people. And that doesn’t fit with the ‘change-faster’ thesis that was used to justify the Sixth Avenue sacking.

In 1933 FDR became president, Gandhi was sentenced to prison and Newsweek magazine published its first edition. On March 15th of that Depression-scarred year, investors were so hopeful about the incoming administration that the Dow Jones Industrial Average soared by a whopping 8.26 points, closing at 62.10 for a 15.34% gain (the Dow’s biggest single-day advance). Although much has changed in the last 84 years, some influential people across the political spectrum have contracted a bad case of nostalgia with their support for a return of the 1933 Glass-Steagall Act. In our view, the chances of splitting investment banking from commercial banking are as likely as the Dow revisiting 62.10, but that’s besides the point. The current clamor for breaking up America’s big banks should serve to remind those institutions to carefully manage the newfound freedom they will enjoy if Dodd-Frank gets defanged. It should also spur them to continue to seek out new risk-detection and monitoring technologies to avoid the kinds of systematic problems that sparked neo Glass-Steagallism in the first place. Regtech and cyber security startups in particular should be happy that the future conduct of major banks will remain under a big microscope, as even the most respected banking brands are viewed with suspicion.

Recently, WeWork and IBM reached a landmark deal that saw IBM agreeing to take every desk at a WeWork location in New York’s Greenwich Village. Now, a visible real estate start-up has filled its coffers to help landlords beat back WeWorkization. In a $68 million Series C round backed by Brookfield Properties, The Durst Organization and others, Convene added ammo to help landlords offer a suite of lifestyle hotel-like services to their tenants. “We think the massive shift toward amenities and flexible space is something landlords have to respond to,” said co-founder, Ryan Simonetti.

Does voice trading have a future?

It’s easy to believe that with the growing role of IM/chat messages, computer on computer communications, sophisticated algos and machine learning, the telephone is destined for oblivion when it comes to trading. But in a new survey conducted by Greenwich Associates, “voice” was reaffirmed as an important element to building trust and detecting nuance between trading counterparties. That’s good news for start-ups like Cloud9 Technologies and a reaffirmation that sometimes tech doesn’t replace humans, it just augments their capabilities.

In 2001, 17 developers codified the Agile method of software development. Years later, Jeff Bezos famously issued his “two pizza” rule, asserting that “communication is terrible” when a team is larger than the number of people who could be fed by two pies (or perhaps one if it’s Chicago deep dish). Today, those principles, which have been utilized by tech companies for years, are finding their way into the workstreams of waterfall-loving banksto varying degrees. ANZ, for example, is the latest bank to announce that it would shift to Agile teams of about ten as a way to “blow up” bureaucracy. It’s also a core emphasis at Barclays, which has linked building more agility into teams as a way to prepare for the MiFID II tidal wave.

Apple should buy Canada or PayPal.

Apple Pay adoption has been “disappointing even to conservative expectations,” said Gene Munster. That assessment sums up why Tim Cook may want to make a big acquisition if he’s serious about payments. So instead of creating a money transfer service from scratch, Apple should consider scooping up Venmo and the rest of PayPal with it (and/or Square). These fintech fantasy targets have seen their stock prices surge, but that shouldn’t matter. As has been reported widely, Apple ended its quarter with an obscene amount of cash. More, in fact, than the cash reserves of the UK and Canada combined. So if a deal is struck to bring that cash home, and if Apple wants to become an end-to-end payments powerhouse, it should open up its Apple Pay and pay up. Because while dividend hikes and buybacks are nice, Apple was built to change the world, not be another Exxon.

Where the fintech unicorns are.

If you’re interested in drinking a unicorn, our advice is to hit your neighborhood Starbucks. But if you want to drink in the wisdom of fintech unicorns, we think your best bet is to register for the second annual Future of Fintech conference hosted by CB Insights. Founders and CEOs of prized start-ups including Palantir ($20 billion valuation), Paytm ($5 billion valuation) and Credit Karma ($3.5 billion valuation) will be on hand to talk about the changing business and competitive environments they face. They will be joined by many of today’s leading fintech VCs and incumbent financial services power players who are putting their capital and weight behind disrupting the financial world’s status quo. Tickets for the event, which will take place from June 26th to June 28th at New York’s Lincoln Center, are moving fast. To secure your spot, please use The FR’s discount code below when making your order.

We’ve been pounding the table on the life insurtech category because we look at the opportunity (life is a multi-trillion dollar market), see the trends afoot (millennials are finally beginning to start families) and have observed that other insurance verticals are attracting more investment capital and buzz. That leaves us bullish on Ladder, which is fast at work at reimagining term life as a refined digital offering which is free of application friction, long decision times and costly intermediaries. Currently licensed to issue policies in California, Ladder has already written over $100 million of coverage in its first 100 days and has partnered with Hannover Re and Fidelity Security Life to ensure that it has the financial strength necessary to handle growing demand. Another attractive aspect to Ladder is its emphasis on dynamic coverage. Customers can choose to decrease their coverage — and payment — anytime they wish and can also apply for more instant coverage when they want to (up to $8M). “We created Ladder to provide consumers with an instant, simple and smart solution to life insurance,” said CEO Jamie Hale. “People can get fully-underwritten coverage in minutes, and they can adjust over time as their lives unfold.”