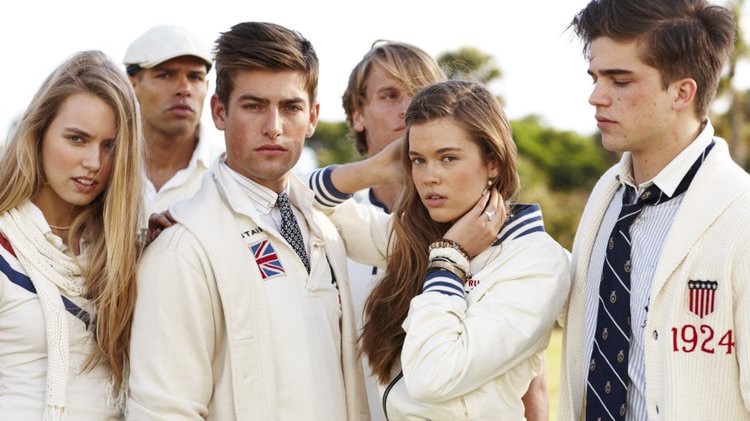 Weekly Briefing №73 | Goldman’s Robo Ambitions and Populism vs. the Wisdom of the Decentralized Crowd

Last week, the equity market started to shiver and a big hedge fund announced that it’s closing. Still, the financial innovation world remains constructive. Here’s the (mostly positive) excitement of the past week:

Ralph Lauren (the business) has done an amazing job in segmenting its brand. Its reasonably priced line, Chaps, is sold in mass-market big box stores. Alternatively, Black Label, a line within the exclusive Purple Label brand, is tailored for trendy urbanites with lots of disposable income and zero body fat. Whether you love or hate the company’s clothes, there’s no denying its marketing genius. That genius should be examined by Goldman Sachs leaders, who must now segment their brand as they continue their push into the mass affluent prestige (i.e., “masstige”) market.

The first step came last year when Goldman announced its acquisition of Honest Dollar, which put the firm squarely in the small business and self-employed IRA sector. Then came Marcus, Goldman’s online lender geared towards borrowers with strong credit but not much liquidity. Now, thanks to a vigilant Reuters reporter, we’ve learned that Goldman Sachs Asset Management is looking to build an “automated digital advice platform” that addresses the “mass affluent market.” Although the clue was a humble, vaguely worded job posting for an associate, the implication is clear: Goldman wants the investment portfolios of Chaps customers. Because Goldman has been radio silent about the posting thus far, reaction to its move has been muted. However, Jon Stein of Betterment told us he was “not surprised” by the announcement, adding “we knew that if we were successful, we would see every institution eventually look to replicate the type of offering that we created.” Goldman, though, is not just another institution and it will be interesting to watch how the firm, a Purple label at heart, adjusts to the big box.

If you have a spare hour, we suggest you check out Ray Dalio’s new, quantified examination of populism. According to Bridgewater’s high priest, “populism’s role in shaping economic conditions will probably be more powerful than classic monetary and fiscal policies (as well as a big influence on fiscal policies).” That’s troubling, as Dalio points out, because populism usually gets messy and fails to deliver its intended benefits. Still, one shouldn’t give-up on the wisdom of the crowds, or at least those crowds that are willing to bet through decentralized prediction markets such as Augur, Gnosis and Bitcoin Hivemind. Although operating in a gray legal area, this Wired article reminds us that these blockchain-driven platforms, especially the Friedrich Hayek-influenced Augury, are gaining traction, institutional backing and one day could be used as a digital market for facts. So using economic incentives to determine the truth amid a sea of populist-fueled emotions via permissionless technology? Isn’t fintech great?

“Since 2000, the number of listed equities in the US has decreased by 46%, or about 3% on average per year.” This diminishing supply, coupled with the rise of “Do It Yourself” investing, is more than a small factor to be considered when analyzing the “serial correlation” in stocks. That’s the view according to Dr. Jimmie Lenz, an experienced financial professional whose career spans trading, risk and technology. In an opinion piece written for The FR, Lenz discusses the current environment and suggests that portfolio modeling needs an infusion of innovative thinking to better account for the way risk and reward is quantified and assessed today.

According to figures released by Allianz Research, China was responsible for about half of the 4.4% global growth in total insurance premiums last year. China’s premium growth, in turn, was driven by a continued rise in life insurance sales. Granted, life insurance in China is coming from a low base, but as Allianz illustrates, the 30% growth in China’s life insurance market (China Life, Ping An and People’s Insurance are the top three) is an astounding number that puts the nation out of step with most of the world (including the US), where life insurance sales have been in decline since the 1980s. Of course, the Chinese market is vastly different than the US, but as the life sector searches for ways to reinvigorate itself, perhaps it would be useful to check out the world’s one booming market.

How start-ups can avoid a date with the terminator.

First came Arnold. Then there was Ollie The Terminator, the gluttonous trading assassin for Gordon Gekko in Wall Street who put 500,000 shares of an unnamed stock “in the bag.” Now, there’s Marty Pichinson, co-founder of Sherwood Partners, who is known as “The Terminator” (among other sobriquets) for his prowess in liquidating the bag of assets associated with failed start-ups. So how does a company avoid a rendezvous with this terminator? Get ready for it…. Make money.

The Bitcoin battle translated into Brooklynese.

A potential Bitcoin forking has been more dramatic than a primetime telenovela. And like the Latin soap operas, you don’t really need to speak the language (i.e., Bitcoinese) in order to understand it. Here’s the gist of the Bitcoin drama using the view from our office: the Brooklyn Bridge. Right now, it’s jammed with cars 24–7 (i.e., unconfirmed transactions). Some miners want to fix this issue through Bitcoin Unlimited, which would be like creating a new span at the onramp (i.e., hard fork) with a toll. Many drivers (i.e., Bitcoin owners, node operators, developers, etc.) prefer a series of technical improvements (i.e., soft fork) to create better traffic flow on the existing bridge. As the fight for Bitcoin’s soul has worsened, more drivers have flocked to alternatives, such as the Brooklyn-Battery Ethereum Tunnel.

TellusLabs, a Boston-based spaceborn intelligence company, is utilizing decades of publically available satellite imagery to determine long-term environmental trends. The company’s process combines machine learning with scientific models built by the company’s experts in remote sensing, meteorology and geographic data. The output of this effort has generated a favorable reception from CTAs and commodities hedge funds, asset managers and sell-side research departments, many of whom are interested in deriving insights into weather patterns. Led by CEO David Potere, we suspect that in time, the company’s API and web app will also get a nice reception from real estate funds, insurers and agribusinesses.

Note: The FR is a proud sponsor of FinTech Sandbox’s Demo Day on April 20th. In conjunction with our participation, we will be featuring FinTech Sandbox companies, such as TellusLabs, in our Company of Note section leading up to the event.

Comings and Goings: David Contney, a former banking commissioner in Massachusetts, has joined the board of Cross River Bank, an originator of online loans for several marketplace lenders. In his new role, Contney will guide the bank’s regulatory framework, which is sure to be a busy area considering the OCC’s new fintech charter and a fluid federal and state banking regulatory environment.

Spark: David Rockefeller’s recent death at 101 provides an opportunity to examine the extraordinary life of one of America’s great bankers and philanthropists. Under his leadership, Chase was transformed from a wholesale bank to one of the world’s most important financial institutions. A key to his success was his focus on relationships as opposed to networking, and a non-transactional style in business dealings. In an era of abundant meet-ups and business networking tools, many of us could use a reminder of David Rockefeller’s legendary long-term approach.