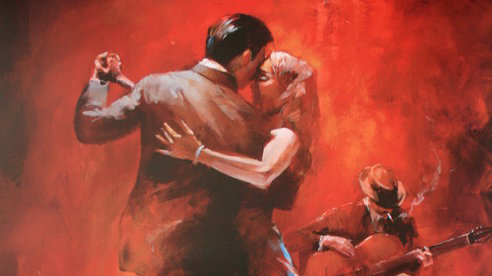 Weekly Briefing No. 66 | Care to Tango with an Algo?

This Sunday, tickets to the oddly named Super Bowl LI have reached a high of $22,000 on StubHub. If your budgetary philosophy won’t countenance that kind of outlay, please rest assured that The FR is still free — so there’s that. Here’s what’s on our gridiron this week:

Care to tango with an algo?

This week was one of intrigue for fintech watchers. On Monday, AI took a bold step forward when Carnegie Mellon student Noam Brown and his professor, Tuomas Sandholm, confirmed their victory over four renowned Texas Hold’em players. The fact that the victory required two CMU brainiacs and three distinct AI techniques requiring nightly calibration was besides the point: AI defeated human masters in a game of imperfect information, psychology and intuition (Doc Holliday is rolling over in his grave). But fear not for humans. The following day, Betterment announced an expansion of its services to include human advice options. Then, on Thursday, Wealthfront announced it is doubling down on full automation with a new retirement feature entitled “Path.” In a supporting blog post, Co-Founder Dan Carroll said, “we believe if done right, software can be a far more powerful motivator than the human conversation.” Perhaps for some people, but we respectfully disagree that the right software is always primed to win. Our evidence: just watch two people dance the tango. Observe the unspoken cues, power exchanges and the importance of coordination. With heavy tweaking, human-powered bots might be able to out-bluff poker players, but when it comes to the weightiest of issues (i.e., love, death and financial security), we think that empathetic humans remain positioned to be the lead with a decent portion of the population. Besides, would you want to watch two bots dance?

In addition to exchanging Twitter trash talk with Arnold Schwarzenegger, President Trump initiated his efforts on Friday to terminate two landmark regulations impacting the financial services industry. With Blackstone Group’s Stephen Schwarzman by his side, Trump announced that he had signed an executive order to weaken longtime fintech friend, Dodd-Frank. In addition, the president formally moved to delay implementation of the highly contentious DOL fiduciary rule. All eyes will now be on White House National Economic Council Director Gary Cohn, who is tasked with pitching the rationale that bolstering incumbent financial institutions and advisors by loosening the reigns on them will help the economy. He and Trump are sure to face fierce pushback from progressives, consumer advocates and some fintech executives. Our take is that Team Trump is taking a big gamble here. If the economy does improve significantly, the administration will be able to point to financial deregulation as a factor. If the economy goes south or if a new major banking scandal occurs, the GOP could face major blowback in the 2018 mid-term elections. Cohn, meanwhile, might want to start scoping out property in New Zealand just in case that happens.

In addition to his other accomplishments, French mathematician Blaise Pascal devised the concept known as “Pascal’s Wager.” The theory contends that while it’s impossible to prove that God is real, one should always bet on the side of God’s existence. If God doesn’t exist, then the wager is irrelevant. But if God is sitting in heaven, the gambler who bet on God is rewarded with an eternity in paradise. Pascal came to mind during recent discussions we’ve had with those starting to quietly question the transformative impact of some blockchain applications. Officially, many involved in blockchain/distributed ledger projects are keeping the Pascalian faith. After all, vacillation isn’t beneficial to capital raising or in the advancement of FOMO-driven proof of concept deals. Nonetheless, we’ve seen creeping doubts emerge as practical challenges to blockchain tech have proven formidable. One such area of note surrounds so-called centralized blockchains, which, in the eyes of the author of the attached article, “aren’t any better than the databases now in use.” What a heretic.

Rebels with a cause. This week, SoFi’s grand ambitions rolled onward as it announced its acquisition of Zenbanx. Founded by former ING Direct CEO (and six-time company founder) Arkadi Kuhlmann, Zenbanx is a respected online banking services provider for “digital nomads” and has a banking partnership in place with 185 year-old WSFS bank and trust company. That partnership should come in handy given SoFi’s well telegraphed intention to play a more central role in the financial lives of its members. Another important consideration: the two companies seem to have similar rebellious streaks in their DNA. “I’ve had the good fortune to be at the forefront of a couple revolutions in personal finance,” said Kuhlmann. “I see a kindred soul in SoFi’s CEO Mike Cagney and his team.”

Oh Snap. Nowadays, it’s conventional wisdom for hot Silicon Valley start-ups to stay private for as long as possible. But Snap, which publicly filed on Thursday, is taking a different tack. Ask anyone who trades anything for a living and they’ll tell you that the brave soul willing to go against a crowded trade at the right time often emerges on top. As Bloomberg’s Shira Ovide points out, Snap understands that by going public before other WASSUPPs (exploiting its IPO scarcity value), it is positioning itself to follow in Amazon’s footsteps: “Amazon is a public company without the unpleasantness of catering to its owners.” Hey Snap, nicely done.

Squeezing signals from social media is on the rise again. Traders have been using social media, most notably Twitter, to identify signals for several years. The attached article reaffirms Twitter’s popularity as a trading tool and points to the widening use of sentiment analysis (as well as President Trump’s prodigious use of Twitter) as two driving factors — especially in Chicago’s trading rooms. But as Beni Gradwohl, CEO of Cognovi Labs, pointed out to us, using Twitter for sentiment analysis isn’t telling the whole story. New technologies, which can provide insights into people’s true emotions and intent, may provide significant predictive power when combined with fundamental analysis, he says.

The indie film hit “Dallas Buyers Club” might never have been made were it not for a Houston trader named Joe Newcomb. In a legendary move, Newcomb rescued the film by ponying up his American Express card at the eleventh hour. We realize that most seasoned Wall Streeters would never admit to aspiring to be like Newcomb (See Relativity Media’s bankruptcy), but honestly, who wouldn’t want a side hustle as a film financier? That’s why we’re highlighting Slated, an LA-based film-funding platform and analytics provider that has released a study showing how its data-centric methodology can predict a film’s success in the development stage — which is way before Rotten Tomatoes (the closest thing to a movie ratings agency) produces a score. Ahead of this year’s Oscars, Slated is marketing itself as the go-to source for predicting film success. If its model holds up at the Oscars, we wouldn’t be surprised to see institutions increasing exposure to the film “asset class.” The uncorrelated return potential and glamour may prove too tempting to resist.

Comings and Goings: Sequoia Capital, which can lay claim to backing about 20% of the NASDAQ’s entire market value, has a new “Sequoia Steward.” His name is Roelof Botha, a South African PayPal alum who graduated from the University of Cape Town with the highest GPA in the history of its Actuarial Science program. That distinction might be even more impressive than the list of companies he’s backed.

Spark: In a poll taken at our Brooklyn-based WeWork, 70% of those surveyed had never heard the rationale of why 1980s supergroup Van Halen stipulated that there could be no brown M&Ms in the M&M bowl they required backstage. We want to reduce that percentage because there was a method to Van Halen’s madness that remains highly relevant in today’s business world. Let David Lee Roth explain.

If you don’t stick to your values when they’re being tested, they’re not values: they’re hobbies.