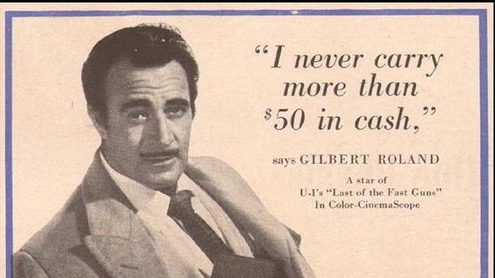 This week, word “leaked” that Airbnb is in advanced talks to acquire Tilt, a group payments/social network hybrid start-up that helps people split the cost of rent, dinners and events. Whether or not this deal happens (it probably will), the rumors support our view that of all the next-wave tech giants known as WASSUPPs (WeWork, AirBnb, Slack, Snap, Uber, Pinterest and Palantir), AirBnb is the most aggressive in embracing fintech as core to its business. Our reasoning comes from the American Express playbook, which holds that travel and financial services are a powerful combination. Airbnb is now moving beyond being a capital-efficient (and profitable) hospitality platform by emphasizing travel experiences. That aim, in turn, seems to have led Airbnb to the doorstep of Tilt. But down the road, we see other fintech tie-ins (and start-up acquisitions) that could make sense: travel insurance, P&C insurance, loyalty programs, remittances, credit lines, micropayments and blockchain-powered travel applications all fit the bill. The connection is that you can’t have fun on vacation, peace of mind on a business trip or a successful travel-related business if you’re dealing with massive financial friction. American Express understood that as far back as 1891 when its president, JC Fargo (the brother to Wells Fargo’s co-founder), introduced travelers cheques to make obtaining cash around the world easier. Today, AirBnb seems well positioned to play a larger role in taking Amex’s wisdom into new realms that reflect the changing nature of travel.

A new blueprint for bank innovation.

Recently, QED Investors and Fifth Third Bank announced a partnership whereby QED would advise the bank on its fintech innovation strategy. If QED were a banking consulting firm, the announcement wouldn’t be groundbreaking. But QED is a respected fintech investor, so this type of advisory role is notable. In commenting on the relationship, QED’s Frank Rotman explained to us the potential win-win proposition for everyone involved. For the bank, it will gain the benefit of QED’s deep ties within the fintech start-up community. For start-ups looking to partner with Fifth Third, QED will be able to leverage its newfound mandate. “We speak bank,” Rotman told us. And by having the ability to “pick up the batphone,” QED hopes to expedite the process for start-ups seeking to partner with Fifth Third. Fintech VCs and banks looking to ignite their innovation game should watch this partnership closely, as it could serve as a smart, new blueprint.

This week, Two Sigma announced it will build a 9,200 square foot “Collision Lab” within Cornell Tech’s soon-to-be opened campus on Roosevelt Island. The lab will be housed within the Bridge, a real estate “experiment” being developed by Forest City Ratner to foster unstructured interaction between the academics at Cornell, entrepreneurs and corporate executives. In explaining the fund’s rationale for taking a primo space at the Bridge, Two Sigma’s CTO Alfred Spector was quoted in The Wall Street Journal as saying, “We think a connection between a firm like ourselves and really bright faculty and students at Cornell Tech allows us to recruit that talent and be near ideas.” Given that the fund is a leading expert in using algorithms (such as Random Forest) to forecast economic and market outcomes, we expect it will take full advantage of the random interactions that are being teed up by Big Red’s new tech hub.

Are you a fixed income professional who’s tired of the equity folks having all the fintech fun? If so, consider coming to Overbond’s upcoming New York event that will focus on exciting innovations emerging throughout the bond market.

Financial Advisors: Act now to avoid a Kodak moment. This week, Harvard Management Company said it would outsource most of its investment activities and cut half its staff. In doing so, Harvard showed a willingness to make a tough, bold decision in recognition of the changing investment landscape and in contravention of its own legacy. Harvard’s action came to mind when we read the attached piece for financial advisors written by Graig Norden of Freewheel Marketing. In his piece, Norden points to George Fisher’s tenure as CEO of Kodak as an example of how not to prepare for the digital age. Financial advisors must take bold action now, says Norden.

A regtech focused accelerator for Wells Fargo? This week, The Wall Street Journal reported that Wells Fargo branches nationwide were tipped off prior to “surprise” audits. During that time, managers would issue code-reds that saw employees feverishly shredding and forging documents. The response from Wells Fargo brass was familiar: “We’re sorry. We’ve ended the practice and hired outside firms to monitor us.” That approach is getting stale. Instead, as the bank continues to fix its culture, perhaps it could also launch a new regtech vertical within its accelerator program. By doing so, the bank could fully embrace predictive analytics and machine learning innovation as a way to nip retail branch malfeasance in the bud. An unrealistic idea? Perhaps, but it would show that the bank was thinking boldly and technologically in its efforts to restore trust.

Has “Peak Millennial” arrived? According to The New York Times, the golden age of densely-packed cities full of Macbook-toting Kombucha-guzzlers may soon be over, as millennials succumb to the suburbs. While the article doesn’t make explicit mention of apps, the prospects for the app economy’s continued and torrid growth is hovering behind each paragraph. After all, if you use one of the many useful budget apps available, it won’t take long to realize that renting a $5,000 per month shoebox doesn’t make much conventional financial sense. If this article is correctly forecasting a trend, we wonder how many of the financial apps out there will be able to make the leap to suburban users. That’s because urban density, and all of the things that come with it, seem like an implicit component to many app use-cases.

Cadre makes for strange fintech bedfellows. Currently, the roads of politics, fintech, real estate, power and irony all meet at one place: the New York office of real estate platform Cadre. It’s not only because the hot, two-year old start-up was co-founded by Joshua Kushner and his brother (and Trump consigliere) Jared Kushner. Neither is it just because the company’s cap table reads like a who’s who of the world’s powerful. To us, the capper is a report indicating that Trump bête noire, George Soros, is backing the start-up with a $250 million line of credit. If it’s true, and we think it is, that means some Trump family members and George Soros will share at least one cause in common: Cadre’s prosperity.

The folks behind Prattle are not given to inconsequential chit chat. In fact, the company — based in Boston and St. Louis — walked the walk this week when it closed a new round of financing courtesy of backers including GCM Grosvenor and New Enterprise Associates. To date, the company has been known by elite buy-side institutions as the go-to source for tradable sentiment analytics on the language used by central bankers. But we think the company’s core technology holds the promise of being able to help traders predict the market impact of earnings calls, company presentations and other corporate communications output. There’s a growing market for tools that can turn unstructured data into insights on company performance, and we think CEO Evan Schnidman and his team are well positioned to take advantage of this trend.

Comings and Goings: Coinbase co-founder and ex-Goldman trader Fred Ehrsam recently announced that he will be leaving the company. He hinted that his future plans involve the “crypto space.”

Spark: If you didn’t grow up writing code, but want to learn a computer language applicable to finance, which one should you learn? Based on our research, we have an answer.

QUOTE OF THE WEEK

I don’t want to tell you how much insurance I carry with the Prudential, but all I can say is: when I go, they go too.