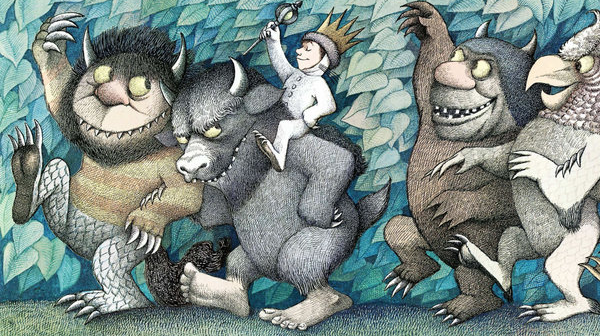 Weekly Briefing No. 63 | Fintech Truth in the Wild

Welcome to the wild winter wilderness of mid-January. Here’s the latest in our neck of the woods:

Fintech truth in the wild.

With advertising-based business models under duress, it’s easy to see why journalism is in a wild crisis (again). Is Facebook the future of journalism? Is truth so subjective that the labels “real” news and “fake” news are meaningless? Are bloggers (ahem) journalists? We don’t have the answers to those questions, but we believe that no matter how journalism evolves, fintech is going to be increasingly involved in evolving the Fourth Estate.

Some evidence. Recently, we learned that Medium, the highbrow/hot mess of a publishing platform, is going to pivot towards “a model for writers and creators to be rewarded.” Our interpretation is that this new model will be less reliant on advertisers and will involve micropayments from users. This pivot can only work, though, if payment mechanisms allow for small transactions to be completed economically. The second development speaks to finance’s longstanding challenge: consumers don’t love their financial services providers like they do their iPhones or trips to Disneyland. With love comes margin, brand loyalty and better valuation multiples. That’s why we’re highlighting Betterment’s shrewd decision to warm customers’ hearts by sponsoring a new podcast about money and finances hosted by trader-turned-journalist Jill Schlesinger. By doing so, the roboadvisor is joining Goldman Sachs, Andreessen Horowitz and others in using journalistic content to foster a deeper emotional connection with targeted audiences. Don’t be surprised if other fintech companies follow suit. Because providing original content around financial literacy is one way New Journalism can work for the betterment of everyone. And that’s the truth.

When you get your car washed, do you file a claim with your auto insurer? Of course not. However, in the massive, byzantine world of health care insurance, routine doctor visits and low dollar items are claimed. Over the next few years, this insurance model is going to change as high deduction plans start defining the cost of health care, as opposed to being a small contributor to solving the problem. That radical prediction comes from Denny Weinberg, CEO of Hixme, a benefits platform that offers a company’s employees access to customized, individual health care insurance plans and financial services. Weinberg, who spent 20 years at WellPoint (now Anthem) in a variety of leadership roles, has seen just about everything in health care financing. Now, with the backing of Propel Venture Partners, Kleiner Perkins and others, he’s on a mission to bring more choice and greater transparency to the price of health care. His company’s ambitions are certainly not small, but the goal is worthy given that health care costs are eating the world. The FR’s Gregg Schoenberg recently spoke with Weinberg to learn more about Hixme. In their revealing discussion, Weinberg spoke candidly about his competitors, health care’s redefinition to meet social agendas, why he’s not worried about milion dollar hospital stays and the recent election’s impact on his company’s plans.

Will blockchain tech whack the mob?

In a big week for blockchain tech, DTCC announced a partnership with IBM, R3 and Axoni to launch a distributed ledger project focused on post-trade processing of credit default swaps. Later, SWIFT announced that it would be testing a blockchain solution that could one day free clients from having to stockpile cash around the world. As notable as these announcements were, our thoughts kept drifting back to an article in last week’s New York Times discussing the continued influence of the mafia at New Jersey’s ports. Imagine if there were an immutable ledger to track the international flow of goods, an activity which continues to be preyed upon by organized crime despite the efforts of government authorities. Mobsters know how to prey on institutional vulnerabilities. So what if the vulnerable points in international trade were eliminated? Where would the vig be found? Sure, capos could recruit Python developers (they have their ways), but the more likely reality is that, five or ten years from now, wise guys may find themselves in a similar conundrum faced by back office professionals who today process swap transactions. Indeed, technology makes for some strange bedfellows — or Goodfellas.

Recently, Innovate Finance, the trade body for Britain’s fintech industry, established a new ‘fintech bridge’ with Brussels following similar deals with several ASEAN nations. Those deals lead us to suggest that our UK colleagues shouldn’t forget their cousins to the west. Sure, US fintechs offer plenty of competition, but look past that. After all, our nations are tight and our VC’s are huge backers of UK fintech start-ups. Take Funding Circle, for example, which raised $100 million this week led by the Yanks at Palo Alto-based Accel Partners. There’s more capital where that came from for great start-ups based on your isle.

The student loan mess/opportunity takes on a new wrinkle.

They are disaffected. Uncertain about their future. Worried about the job market. Lying awake at night. They look at the amount of student debt they are facing and think that there’s no possible way to get a handle on it. Of course, the group we’re referencing are people in their 60s who have been helping to finance the education of their children and grandchildren. On the back of a recent report from the CFPB on the topic, Business Insider wrote a helpful summary of this growing trend.

BlackRock quants in the red zone.

BlackRock has “one of the largest and most advanced quantitative analytics platforms,” and its quant team “will be a key component in the future of our active equity franchise.” That statement, made by BlackRock spokesman Ed Sweeney to Bloomberg, makes it clear that despite BlackRock’s trouble in getting its quant fund game up to par, the $5.1 trillion colossus isn’t throwing in the towel. We wouldn’t bet against the firm, which announced on Friday a nine percent hike of its dividend on the back of record inflows. Clearly, the firm has plenty of dry powder.

Is Bitcoin’s recent volatility a sign of the cryptocurrency’s fundamental flaws, or is it another “necessary” step in its adolescent development? We’ll go with the latter, but will concede that Bitcoin’s wild price swings as of late don’t instill confidence (it declined by 35% at one point during 2017). Still, some potentially stabilizing news hit on Friday that China’s major Bitcoin exchanges have curtailed their lending activities after guidance from Chinese authorities. A curtailment of excessive leverage can be a good thing, regardless of the asset class.

The late, great Robin Williams once famously joked that Canada was like a loft apartment over a really great party. In the case of Canalyst, a Vancouver-based enterprise fintech start-up, the loft is a cool one. The company, whose recent round was led by Vanedge Capital, seeks to save asset managers time and money by streamlining the process of building financial models from company filings for US and Canadian stocks. That’s especially useful for examining small and mid-cap companies where quality sell-side research is often in little supply. “We can save analysts 15 to 20 hours of work every time they look at a new name or help them save on the implied costs of calling the sell side for a model,” said Canalyst’s Co-Founder and CEO, Damir Hot.

Comings and goings: Bankable, a UK-based payments solutions “factory,” has hired Richo Strydom as its new COO. Previously, Strydom was CTO for Solutions and Risk Technology at Credit Suisse in London. He also has worked at Deutsche Bank and Valtech (with Bankable CEO Eric Mouilleron).

Wisdom: The FR is launching a section on its web site entitled “Spark,” where we will provide career insights and strategies through original content and recommendations on helpful books, videos and podcasts. But be warned, if you’re looking for top ten lists on the favorite snack foods of unicorn CEOs,, you won’t find it there. We’re not going to be peddling magic potion — only relevant, useful sparks.

A genuine leader is not a searcher for consensus but a molder of consensus.