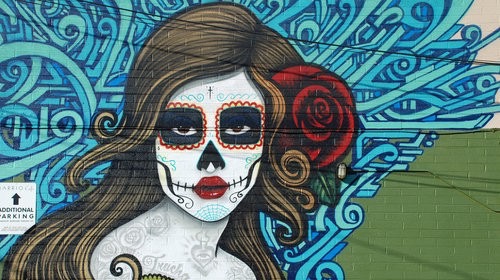 The Financial Revolutionist celebrates its first birthday this week. To those who have been readers over the past months, we say thank you; to our new readers, we say welcome.

Given that we’re entering the spooky season of Halloween and other holidays, we thought it would be a fitting time to look at a scary ghost haunting today’s economy. We also feature an interview with Max’s CEO Gary Zimmerman and highlight a Harvard smackdown of pensions and endowments. Also on the docket: Overstock’s blockchain plans, Amazon’s brick-and-mortar ambitions, “data vapor” and Digital Reasoning, a cognitive computing powerhouse with major Wall Street backing.

A ghost from 1942 haunts today’s economy.

As we fixate on scary spirits this week, let’s look at an apparition still haunting the US economy: a ruling by the War Labor Board in 1942 to provide tax breaks for employer-sponsored health insurance. While intended as a temporary measure to circumvent the war’s wage and price controls, the decision has led to nearly half of all Americans receiving health care insurance through a middleman who also happens to be their employer. The ensuing economic distortions of that dynamic are enormous and have led to a system as efficient as a Steampunk machine. In fact, the Organization for Economic Co-operation and Development estimates health care now accounts for 18% of America’s GDP (and rising fast) and will cost an American family of four over $30,000 annually by 2020. Think of the crowding-out effect these costs will continue to have on retail spending, retirement savings and home ownership. With Obamacare failing to provide an affordable alternative for many individuals, our sense is employer-sponsored health plans will continue to play a foundational role in the system for years to come. That’s why we are happy to see companies likes Hixme enter the scene at this year’s Money 20/20 conference and join other fintech/health care start-ups including Collective Health, pokitDok and Zenefits in attacking the inefficient and costly processes through which health care benefits are offered to employees. To be sure, we are rooting for individual health insurance providers like Oscar and would love to see the entire system reimagined. But we’re realists, and the reality is the WWII-inspired health care system in place today isn’t going anywhere. As such, we hope to see more start-ups brave the frightening challenges and work to make health care coverage a bit less spooky.

Max is a fintech start-up you should know.

“A lot of young companies go out and raise a large amount of capital and run very fast in a direction without necessarily knowing whether it’s the right direction,” Gary Zimmerman told us. “We took a different approach, building a lean company and spending perhaps more time than most trying to figure out what that right direction is.” That’s the insightful view offered by the CEO and founder of Max, a start-up that is looking to breathe new life into cash management solutions in today’s market. In a recent one-on-one with The FR’s Gregg Schoenberg, Zimmerman discusses the pure and lucrative arbitrage Max makes available to anyone lucky enough to be sitting on a bundle of cash. But our enthusiasm for Max isn’t just because of a great idea, of which there are many. We were impressed by the strategic vision and maturity of this former high-flying banker, who traded in big deal-making for basis points.

Pensions and endowments receive a flunking grade for innovating.

In this blunt piece featured in HBR, the authors make the case that the success of institutional investors is “socioeconomically vital.” However, after surveying and studying large endowments, foundations and pension funds, the authors concluded that there is a big disconnect between the need for more investech and the same old, same old approach used by these investors, who sit on $70 trillion globally. In fact, few have any plans in place for engaging with the startups that are creating next-generation investment technologies. And as for the start-ups themselves, they don’t earn a passing grade either. “Too few startups are thinking earnestly about the ‘boring’ world of institutional investment, even though it is an industry ripe for massive disruption.” We understand that selling a solution to a big pension fund is hard, but as this editorial makes clear, there’s a big opportunity awaiting the patient.

Overstock’s blockchain plans rev up. During the Money 20/20 conference this past week, Overstock CEO Patrick Byrne announced the company plans to utilize its blockchain-based platform (t0) to power a rights offering. This should come as no surprise to anyone who has followed Utah-based Overstock (the first major retailer to accept Bitcoins and which pays employee bonuses in Bitcoin) and its CEO. We suggest you keep watch over the company’s so-called “Wall Street plans” and its colorful CEO who despises naked short-selling but loves the idea of using blockchain tech to disrupt stock exchanges and central banks alike.

Blockchain naysayers still exist.Notwithstanding Patrick Byrne and many other fintech and financial services professionals who have been pounding their shoes on blockchain tech, not everyone is yet sold on the technology’s potential. A notable skeptic we just came across is Xero’s Rod Drury: “When it comes to money — centralised vs. decentralized — centralised normally wins because it’s so important to maintain the control of the entire system.” See more of Drury’s comments here.

Every retail bank should be watching Amazon. While many retail banks are tripping over themselves to shrink their branch network and bolster their digital presence, Amazon appears to be going long on physical locations as a way to get closer to its customers. First, the company launched a few physical bookstores and indicated it would make a big push into pop-up stores. Now, it’s indicating that it plans to open up lots and lots of physical grocery stores, too. Our takeaway: even for the mighty Amazon, a company brave enough to disappoint investors in the short-term to achieve longer-term aims, there’s a limit to what can be done online.

New York’s leap back to the 1970s. New York Governor Cuomo signed a bill that effectively bans AirBnb throughout the state. But amidst the acrimony that has followed, the controversy is ignoring a “weird open secret” discussed in this article: New York doesn’t tax AirBnb transactions; if it did, it could collect about $110 million in revenue. To us, that says the new law didn’t have to do with fairness as much as protecting the local hotel industry. Meanwhile, upcoming travelers to the Big Apple can expect to pay $318 per night, on average, for a hotel. This compares to $164 a night for a stay in San Francisco and $121 in Atlanta, according to Orbitz. What will a reduced supply of rooms do to those already high New York prices?

Can “data vapor” equal money? We liked this recent post by Stuart Lacey, CEO of Trunomi, who is raising uncomfortable truths (for some) about the monetization of consumer data by large tech and financial services firms. His core point is that if corporations are able to profit from the so-called “binary vapour trail” that customers “emit”, then so too should the customers themselves. As financial institutions and start-ups alike look to capitalize on data streams, they could very well find increasing resistance to sharing data “for free,” especially if they hide behind terms of service agreements that are written to be incomprehensible.

In recognition of the upcoming Country Music Association Awards, we thought we’d highlight Tennessee’s own Digital Reasoning. With an aspiration to make cognitive computing as smooth as Tennessee Whiskey, the Franklin, Tenn.-based company is pursuing its mission with the backing of NASDAQ, Credit Suisse and Goldman Sachs, among others. Through its patent machine learning technology, the company’s solutions have financial services use cases including regulatory compliance, employee monitoring and prevention of internal data leakage. See more here.

Think Finance, a Texas-based online provider of software and analytics in the online consumer sector, has hired Tom Carter as vice president of business development. In his new role, Carter will be tasked with building momentum for the company’s newly launched Cortex platform. Prior to joining Think Finance, Carter had been a vice president at Prosper and Vyze and held senior positions at Dell Financial Services and KPMG.

“Failure is not fatal, but failure to change might be.”