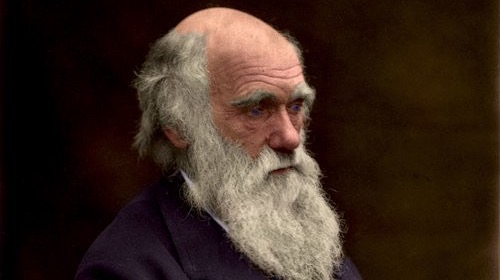 Weekly Briefing No. 51 | The Origin of the Financial Species

This week, we look to Charles Darwin to help us determine whether financial incumbents will join the ranks of the extinct. Also on the docket: The SEC’s growing interest in Silicon Valley’s practices, prospects for a cashless US future, BofA Merrill’s nod to the gig economy, recent insights from an Insurance tech conference, fintech’s coming quantum computing craze and a career reinvention inspirer from the telecom industry. Finally, we highlight Panorama Point Partners, a fintech powerhouse investor on the prairie.

The origin of the financial species.

A recent survey by Blumberg Capital refueled the idea that traditional financial institutions should be on the endangered species list. This trope has become a rallying call for some fintech entrepreneurs and investors who believe that time is on their side. Unsurprisingly, the survey’s results confirm that average Americans agree with the fintechs. Some morsels include the following: 1) 80% of Americans agree that financial institutions need to focus more on helping average consumers and small business owners; and 2) 57% percent of Americans believe traditional banks will cease to exist within their lifetime. So is it game, set and match for fintech? Our guess is yes and no. By yes, we think the findings from Blumberg remind us (just in case anyone forgot) that most Americans think our financial system, to use a technical term, stinks (hear that Wells Fargo?). But extinction, although it makes for catchy headlines, probably isn’t in the cards. To appreciate why, consider that this week marked the 181st anniversary of Charles Darwin’s trip to the Galapagos Islands, which served as the basis for his theory of natural selection. Natural selection, of course, holds that those species with superior adaptive traits survive, while those who can’t adapt go to the museum. Consider Barclays, which was founded in 1690, The Man Group, The Bank of New York Mellon, State Street and JP Morgan, founded in 1783, 1784, 1792 and 1799, respectively. Somehow, these firms survived technological innovation, war and busts. As such, we think they and others will do just fine in the era of chatbots, robos and machine learning. So while we are including Blumberg’s recent survey here as well as this “scary” article about traditional asset management, we’d suggest you also take a look at this little book. It may be an oldie, but its point is not at risk of extinction.

Washington is coming to Silicon Valley.

Since we’re not especially interested in the details of the Theranos trainwreck, which looks like a straight case of malfeasance, we’re highlighting this Techcrunch article as it affords us the chance to make an obvious reference to Jamie Dimon’s ominous “Silicon Valley is coming” warning. But more to the point, as Silicon Valley continues to move America’s economic center of gravity westward and as the line blurs between public and private companies (courtesy of the JOBS Act, private share trading, etc.), the SEC is likely to cast a sharper gaze on how business is done in the nation’s tech epicenter. Practices related to growth hacking and promotion may be de rigueur in the Valley, but the SEC may not appreciate the ways some tech companies look to turn the perception of traction into actual traction. Just as greater Wall Street took notice when Dimon uttered his famous warning, so too should Silicon Valley take notice of the SEC.

That’s the veiled question we’ve heard debated more than once since Kenneth Rogoff released “The Curse of Cash.” In the book, Rogoff argues that paper money has crippled monetary policy and that in a world devoid of large bills, central banks would have an easier time driving interest rates significantly below zero. Isn’t that reassuring? There are all sorts of good reasons to reduce cash in our system (just like the Swedes are doing), but freeing central bankers to drive rates to -3% or -4% doesn’t seem like one of them. Still, with everyone from Apple to Sweden’s fintech darling iZettle on the cashless toboggan, it’s beginning to feel like cash is being used as a scapegoat of sorts for our current economic ills. But if you happen to believe in cash, you’ll like this new survey from Cardtronics, which points to a bright future for cold, hard Benjamins. We doubt the ATM industry will be able to beat back the tide forever, but perhaps they’ll be able to tamp down (just a bit) the rising Swedenification of the US.

Tell us something we don’t know.

Want to make a compelling point about fintech? Have an opinion about the impact of financial innovation on our economy? If so, consider writing a guest opinion post for The FR. For more details, click here.

BofA Merrill’s nod to the gig economy. We’ve been watching Modo, a Texas-based payments company, for some time and were interested by its newly announced partnership with BofA. Under the deal, BofA’s clients will gain access to Modo’s payments hub, a so-called digital Swiss Army Knife, which allows users to transact across the spaghetti network of global payments systems. In explaining the partnership, the growing and globalizing gig economy was mentioned as a core rationale. At first blush, this looks like a smart, forward-thinking deal all around.

Gems at InsureTech Connect. If you didn’t have a chance to attend the recent InsuranceTech Connect conference, fear not. Andrew Simpson provides a great overview of the key insights here. Our favorites: 1) Canaan Partners partner Brendan Dickinson said P2P lending models may not be applicable to insurance; 2) Brian Duperreault, CEO of Hamilton Insurance Group, said he came out of retirement to run Hamilton so he could do to insurance what Two Sigma has done to hedge funds; and 3) Parametrics is going to be a big deal in insurance according to InsureTech Connect’s founder, Caribou Honig.

An above average blockchain article… It’s hard to find anything new to say about blockchain tech these days. That’s why we are highlighting this article in The Guardian, which puts blockchain tech in the context of the sharing economy. Its core point is that humans have always been the sharing economy’s weakest link. However, if smart contract start-ups like Slock.it improve security and ease of use, many more goods will become eligible for sharing.

A quantum computing geek thunderdome is brewing. We think 2017 may be the year when quantum computing becomes a thing in mainstream fintech. But in order to get the buzz on, it’s helpful to have a bête noire, which is where Bitcoin enters the picture. Quantum computing has the ability to undermine the cryptography surrounding Bitcoin’s public and private keys, says Andersen Cheng, co-founder of Post Quantum. Not so fast, says Llew Claasen of the Bitcoin Foundation, who claims quantum-proofing is coming to the Bitcoin network. Read more here.

F-bombing your way to career reinvention? The crazy outfits and foul language may not be everyone’s cup of tea, but there’s no denying T-Mobile’s John Legere, or specifically John Legere 2.0, can serve as a font of inspiration for financial services professionals looking to break free from their rut. Sure, Legere is from a different industry, but his fascinating mid-life career transformation shows that even after a few decades of following the rules of corporate hierarchy, people have the ability to discard their old playbook and begin anew.

Berkshire Hathaway isn’t the only savvy investor based in Nebraska. But Warren Buffett’s profile can easily cast a shadow over everyone else on the plains. That’s why we are highlighting this firm, which takes its name from the highest natural point in Nebraska. From its perch, it has invested in companies including PeerIQ, Banyan Finance, Klarna, Addepar, iCapital Network, Zenefits and Mode Analytics. That’s a thoughtful mix of interesting fintech names. As such, you may want to keep an eye on this firm, backed by the Henkel family, to see where it goes next.

We’ve been supportive of innovative attempts to foster greater healthcare financing solutions. CareCredit remains the dominant elective care financing firm in the US, but it could use more well-funded, smart competition. That’s why we are highlighting Finrise and its recent hiring of Richard Lewis as Chief Risk Officer and Head of Capital Markets. Lewis has served in senior roles at Bank of the West, Washington Mutual, Providian Financial and Ford Motor Credit. He’s also spent time in the start-up world. Net net, Lewis looks to be a smart hire given the complex challenges that are sure to confront Finrise. We wish him well.

“To make an omelette, you need not only those broken eggs but someone ‘oppressed’ to beat them: every revolutionist is presumed to understand that, and also every woman, which either does or does not make 51 percent of the population of the United States a potentially revolutionary class.”