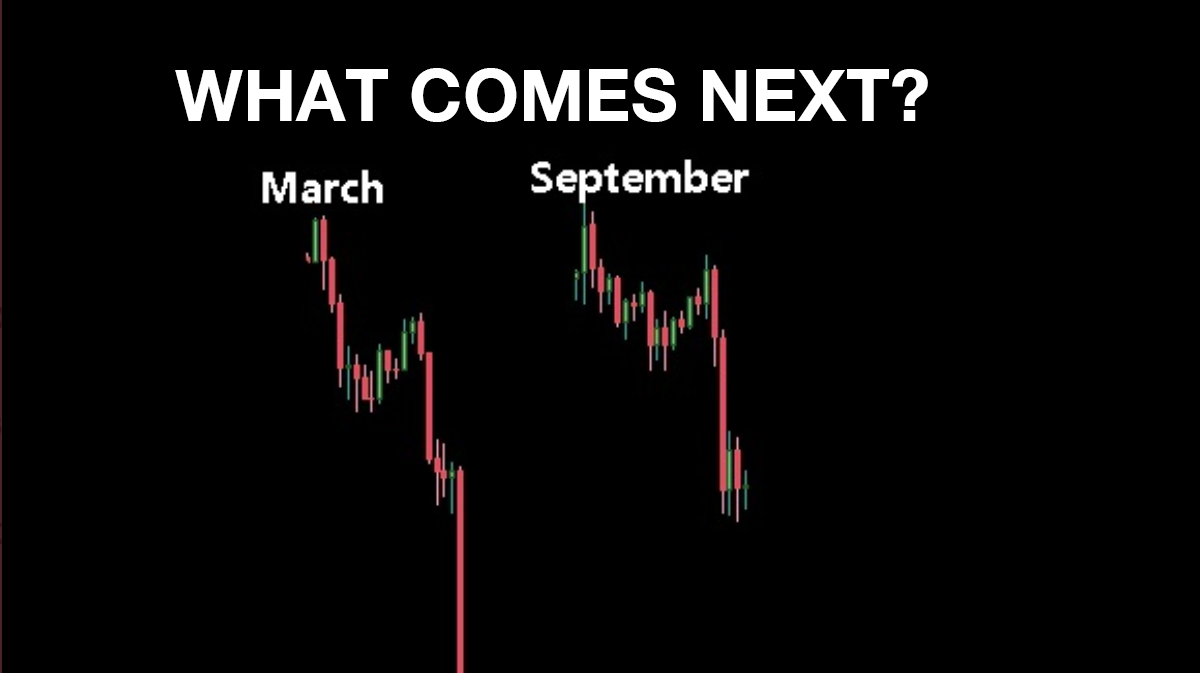 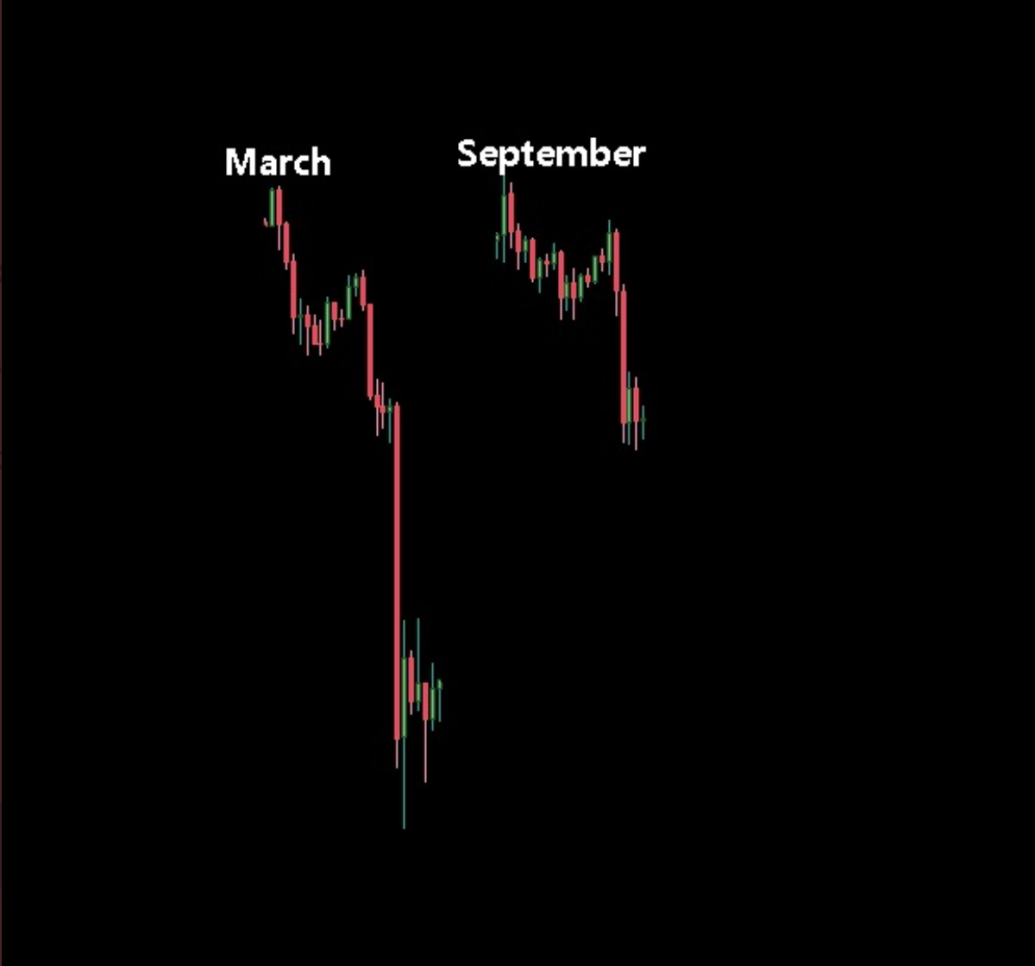 To begin, nobody ever knows where a market will go. If they did, they'd have the power of foresight to such a degree that the world's governments would track them down and lock them in a room as their own personal fortune teller.

The image above implies that this current market retracement is equivalent to the March crash, and will follow the same pattern.

Now, maybe it could follow the same pattern, and by next week we'll be back to seeing red on our portfolio apps and crying on the inside.

But to suggest that our current state of things is the same as March is wrong.

March saw the stockmarkets crashing in the U.S., the worst since 2008. This continued to the world seeing the largest single drops of stocks since 1987. The levels that the crash took were on scale of the great depression in the 1940s. While many have recovered (because BRRRRR), the fact is that these stocks were dropping due to a number of factors. COVID, Trump, unemployment, uncertainty about the USA's ability to handle those crises, an oil war with Russia. These combined into the crash that we saw, and the Fed stepped in to patch the holes with more fiat and emergency measures of the like.

That is not currently happening right now. Yes, there is massive unemployment in the USA, a shaky election that could turn bitter and violent, COVID continues to rage across the world with idiots refusing to wear simple masks as a lowest form of social etiquette. And yes, the DOW has sunk in the past week. But it's not at the level we saw in March. 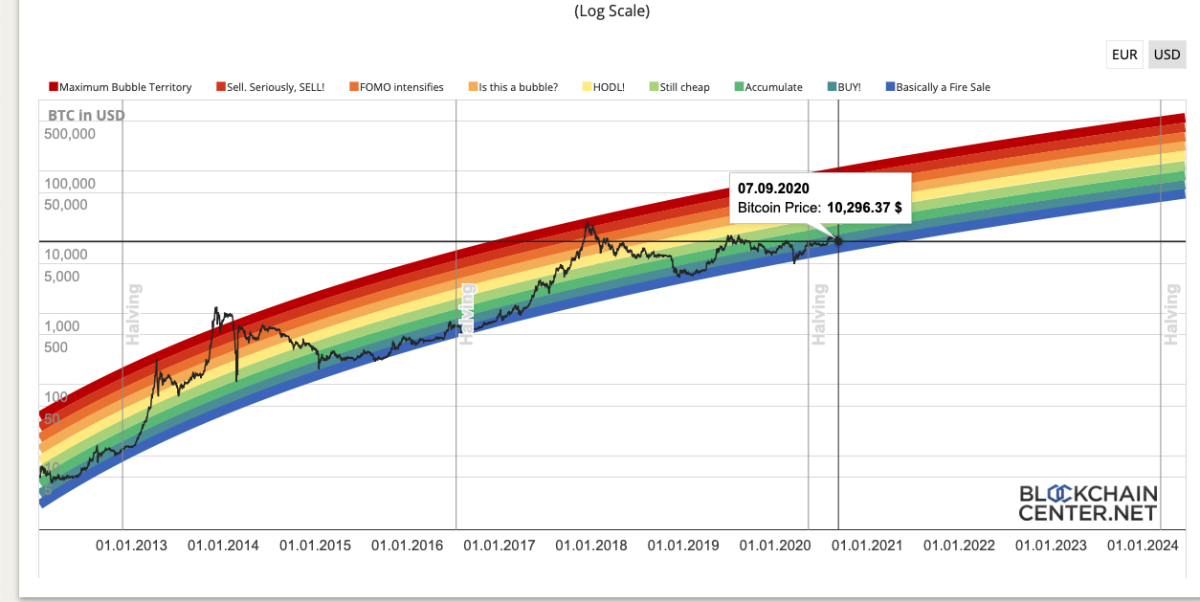 BTC remains in the logorithmic regression chart. It is in a nice buy-zone after a movement of this year approaching the green zone. Keep this mind. We can drop further, yes. But so long as $10k holds, and the price is less than $12k, it remains in a buy zone.

This is a retracement after some great months. Expect stability before testing $12k again.

I do not expect a massive drop like in March.

But again, I'm not a fortune teller. I've no idea. 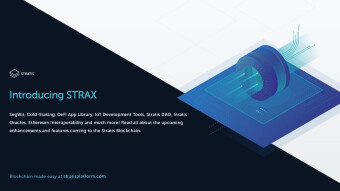