They both met in a restaurant and their love story began in a wonderful way.As the time goes by they decided to marry each other and to live a peaceful life together.

Both the families were agreed at this relation and they got happily married. on the wedding night Mark surprised Stella with their honeymoon tickets. He wanted to go with Stella to his mother land in his grandfather's house.


After the five days of their marriage they both left for their honeymoon.On the way Mark hold Stella's hand and said,

"You are the most precious asset of my life and the one and only with whome I want to live my whole life."

She smiled and said,

"I never imagined my life to being blessed with honest man like you,You are my life and I never want to loss you."

They both arrived at Mark's grandparents house,which was closed for a long time and was full of dust.

They spent their whole day in the cleaning of house and ordered something to eat.After their dinner,Stella went to wash the pots in the kitchen.She heard a screamed from the window of kitchen, she was full of horror and rushed to Mark.

She told him about it but he said has not heard any such voice,it must be her delusion.But she was sure about the sound.

Anyway they both slept peacefully,in the midnight Stella felt the need to go bathroom.She went in the bathroom but when she opened the water tap,she was frightened to see the water which was blood...

She started to scream and ran to wake up Mark.He get up in hurry but when they both went to open the tap again,it was normal water.

She try to convinced him many times but he didn't.

Next morning,Mark wake up early to make breakfast for Stella to surprise her.He went into the kitchen but when he opened the fridge, he found a deadbody there..💀

He was shocked and frightened but could not utter a word.He ran to Stella to wake her up but when he reached in the room,she was not there.

He was surprised to see this,he shouted,

Suddenly he heard her voice from the bathroom where she were locked.He rushed to open the door,when he opened the door,he found Stella dampened in blood.

She was crying,he was startled to see her plight.Now they both realized that there is a spectre of something in the house.

Their honeymoon trip was spoiled by the spectre but it was their good luck that they were saved. 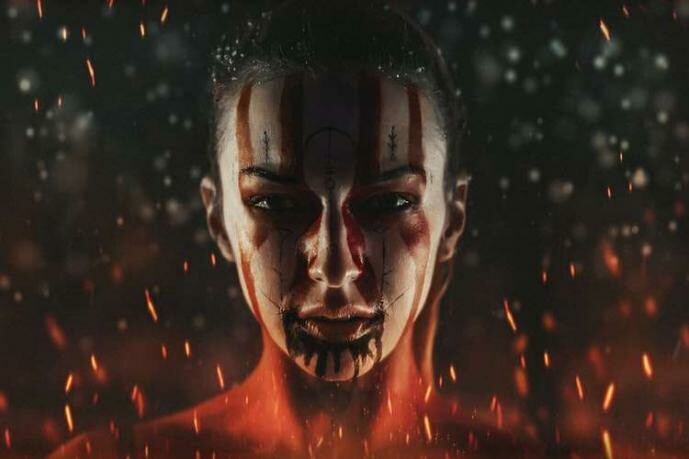 Welcome in Farah's world...🌏 In my blog you can find posts related to creative writing, poetry,personal growth and so many other topics.