Final confirmation is in - L7 Trade is a scam. Is liquidation impacting markets?

By Kamend1 | Exploring the range of crypto opportunities | 24 Sep 2019

The much debated P2P platform for arbitrage trading has finally collapsed proving to be a scam at the end. Some of us (including myself) were participating - I hope all of you who are reading and have taken part in this have previously recovered in full any real contributions from what has proven now to be a classic Ponzi scheme and have not suffered any real losses.

The idea of intermediated arbitrage trading was appealing and the front end of the site was giving an interesting appearance in that regard. As another author here rightfully noted, it was a major red flag in daily volume reported by the site growing in excess of 25 000 BTC and 150 000 ETH and without making any major impact on the spreads on the listed markets. While the platform did not promise expressly a profit and a rate of return, the unchanging arbitrage margin indicated that no real trading was taking place in the back end.

This site went down around 5:00 pm Central European Time on Sep 23rd and will not recover as it is obvious by now.

I find it quite coincidental that price action is strongly negative since around the same time yesterday and I believe it could be helped by the operators of the now proven Ponzi scheme trying to cash out.

Dominant opinion is that Bakkt launch was also lackluster and did not meet initial expectations.

Are there any experienced blockchain analysts who could deduce and estimate what net intake the operators of the site realized in different crypto assets until they stopped paying and eventually closed the web site? Is it big enough to be impacting markets and where does L7.trade rank in terms of the scam records in the crypto space up to now?

Exploring the range of crypto opportunities

I am attracted to the opportunities of crypto assets and the blockchain technology. I have missed many opportunties, however I remain with genuine interest, which has not subsided in the past years. I hope to share and gain valuable insights! 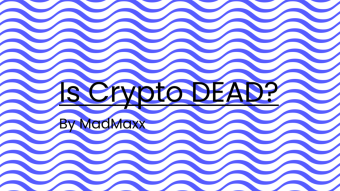