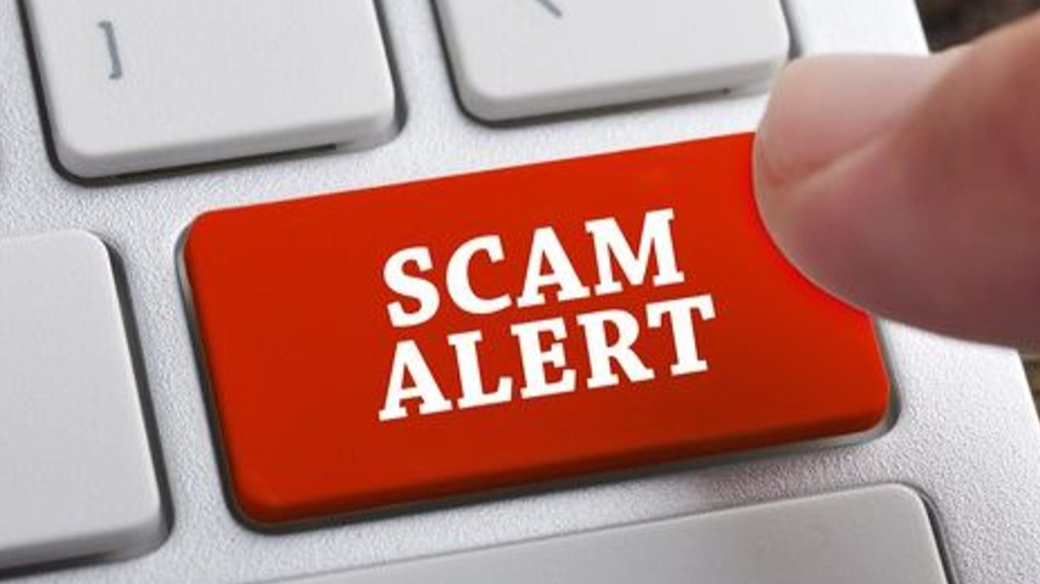 By viraladmin | Everything Cryptocurrency | 16 Sep 2019

The following is merely a simple list of rules so you never get scammed when trying to make money with cryptocurrency.

1. Never send money/crypto first when doing a private trade
2. Never deposit money/crypto to be able to withdraw
3. Never refer others to be able to withdraw
4. Never trust anything that requires you use telegram or whatsapp
5. Never trust an application that claims to exploit bitcoin or blockchains
6. Never trust the words passive earnings or passive income
7. Never trust screenshots or videos of payouts
8. Assume anyone contacting you privately is a scammer
9. Crypto Multipliers are always scams
10. Request proof of mining. Without proof consider it a ponzi

Bonus Advice: If it sounds to good to be true, it is. 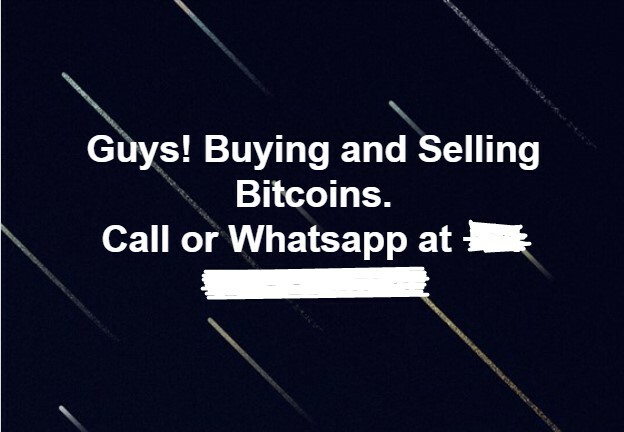 This is the most common scam in all of cryptocurrency. It is not exclusive to bitcoin. In fact it is frequently found on telegram in the rooms of ICO's where people are to impatient to wait for a coin to get listed in an exchange. The scam is rather obvious, you send first, they disappear with your money, block you, and vanish.

If you think paypal is some sort of protection cause you can request a refund, you are wrong. The moment paypal find out it was an exchange for cryptocurrency you will be denied. The banking elites will never help you recover funds on a cryptocurrency trade gone wrong.

If you send bitcoin or some other cryptocurrency, there is no undo or refund button. If you use a third party service, often times elaborate scammers setup fake escrow services and money lending services just to scam you.

If you are going to do private trades, do so through reputable services such as local bitcoin... but even these services come with risks. At the end of the day, the rule is simple and if you follow it you will never be scammed - don't ever send first in a private trade.

Never deposit money to be able to withdraw

This is a scam that has screwed so many people I cannot begin to explain and yet it makes not logical sense to do. Why would anyone have to ever make a deposit before being able to make a withdraw request? It is the most illogical thing that can exist.

The only reason for such a request is because something is an obvious scam. The plan is one of two things, either to steal your money, or to take your money and use it to pay someone else first. If its the second one, that means when someone else pays in, they you get your money.

This is the definition of a ponzi scam.

Never refer others to be able to withdraw

Referring to be able to withdraw is both a time suck and a high potential of destroying your own trust with others.

I recall recently checking out a faucet. I knew it was a scam from the start but wanted to see in its entirety how the scam worked. The faucet was giving out a rather large amount of coins so it wouldn't take me long to be able to have enough to withdraw - perhaps a day at most.

So at the end of the day I went to withdraw, and sure enough it said I had to refer 5 people to be able to withdraw.

No a huge deal to me, so I went to 5 different locations and signed up again and again under different (non-VPN) IP's with different bitcoin addresses.

After I had "Referred 5 people" I went back to my account. What did it say... now I had to help each of those 5 people refer 5 people each to be able to withdraw.

I didn't continue but I know how the scam plays out very well. If I had went through the process of referring 30 people total, I would have then been told "my account appears to have suspicious activity and I would have been denied the ability to withdraw - perhaps even a suspended account.

This is how these scams nearly always play out. Legit cryptocurrency bounties and ambassador programs, pay you for your referrals - not to be able to withdraw those earnings.

Never trust anything that requires you use telegram or whatsapp 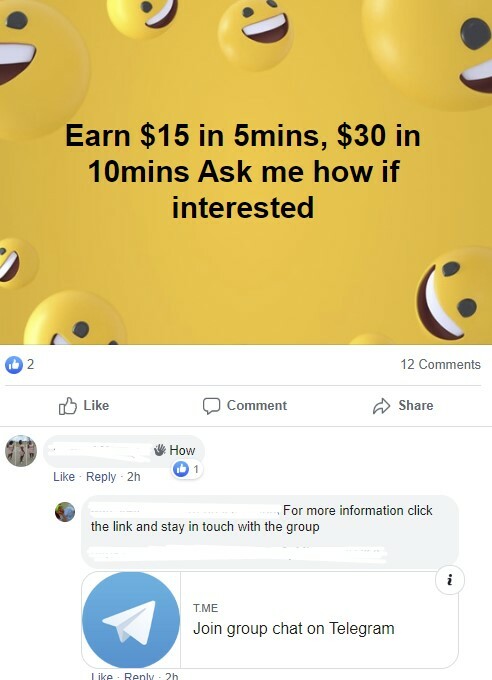 Telegram bots and whatsapp bots seem to be all the rave these days, but the fact remains legit businesses have legit websites. hey don't randomly make posts saying "to get free money you must join our telegram chat, telegram bot, whatsapp group, or any other such nonsense.

The reason people run these programs on peer to peer apps, is because they are impossible to stop the scams that way. No one can shut them down. Any information about them being a scam can easily be blocked and removed from channels.

The truth is at the end of the day, with the exception of rare situations such as an airdrop with details on a projecs website, people don't just give away money. It doesn't make any logical sense.

Never trust an application that claims to exploit bitcoin or blockchains

Even if one did hack a blockchain of an altcoin, what logic would they have to send that hack to others? Why not just use it themselves. Cryptocurrency is for the most part untraceable after all.

In nearly every instance of hacking blockchain software I have ever encountered, what really happens is when you use the software, it will send your private keys or account passwords to the software creator for them to gain access to your holdings.

Just don't trust such things. Even if you do ignore this and try some of these software packages, its your own fault for trying to scam others when you get scammed and lose your coins. 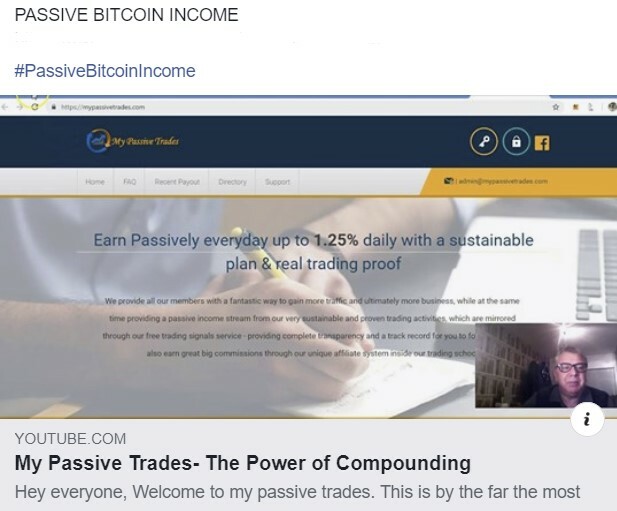 I am not even going to talk about this one a whole lot. I am just going to inform you that EVERY SINGLE PASSIVE INCOME PROGRAM ONLINE is a ponzi scam. There is no such thing as passive income.

If passive income were real, everyone would be rich. Its as simple as that.

Screenshots only require editing the source. Videos are equally just as easy. I have seen everything from people running fake websites on their local computer that appear to be real websites of popular brand even using the url through faked routing to fully writing scripts that will just display fake info on their real accounts.

You should never trust video or photo proof of a payout and use that as your reason to join anything. If you are basing anything on video or photo evidence you have not done enough research.

Assume anyone contacting you privately is a scammer 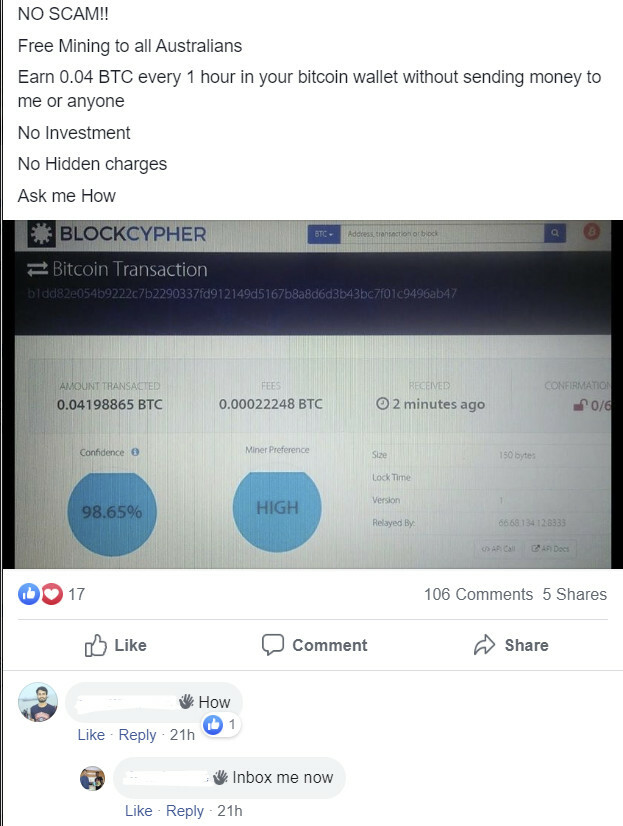 When someone has a legitimate business opportunity they want to shout it from the highest mountains to get as many people in as possible.

Sure they may follow up with you in private and build a relationship in private to encourage you to join, buy they also have no problems naming the business they own or are involved with publicly. 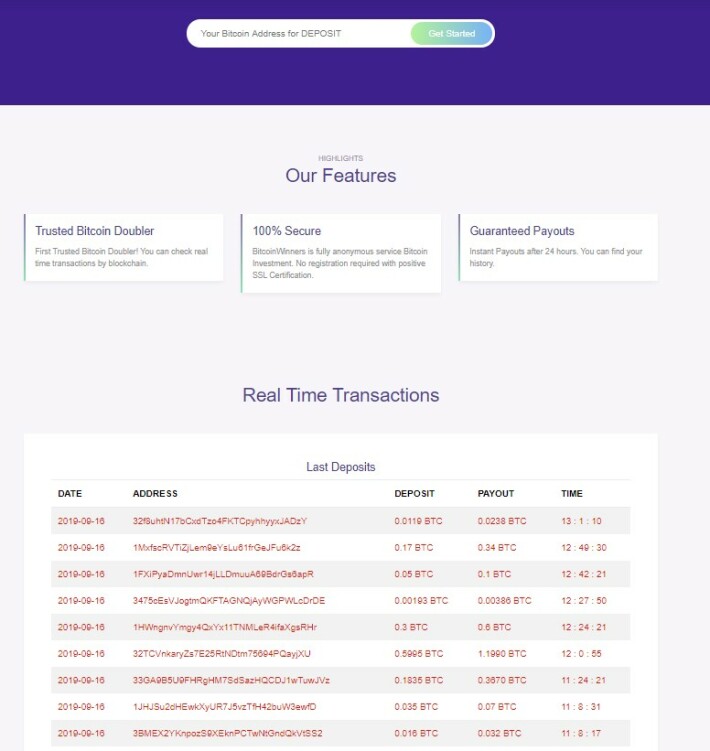 This has somewhat been covered in other topics but these things run rampant so I wanted to stress this with a topic of its own. There are no crypto multipliers that are legit.

There is never a time you will send a small fee to get back larger amounts of bitcoin. It makes no sense. No amount of "proof" in the world should ever convince you otherwise. Stay away from these kinds of websites.

All of them are scams and always will be scams. No one is giving you free money.

Request proof of mining. Without proof consider it a ponzi. 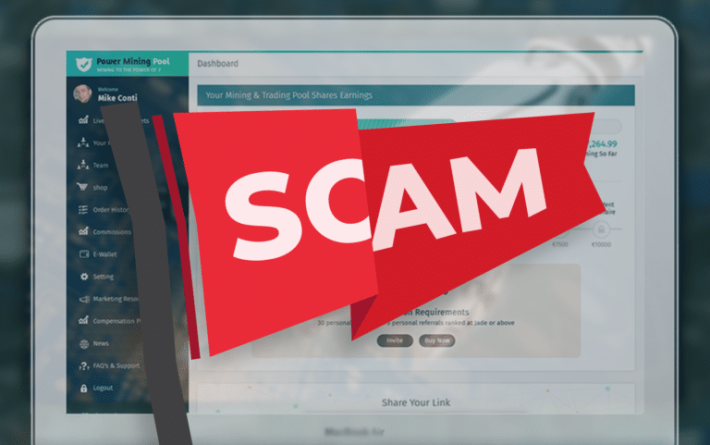 This one is a bit more tricky and perhaps the most dangerous scam of all in cryptocurrency. It is the new tried and true method of running ponzi scams and people fall for them everyday.

Even with "proof" is often very difficult to tell if a mining program is a scam or if it's a legit mining pool.

In general, just don't join any mining pools not directly sponsored by the cryptocurrency you plan to mine with.

Mining scams are everywhere. For more details about avoiding mining scams check the article the above graphic was taken from: https://coincentral.com/power-mining-pool/

This article doesn't cover things such as ICO scams, but it does cover pretty much every other type of scam you will run into in cryptocurrency.

If you follow these 10 simply guidelines the likeliness of you being scammed is pretty much none unless you get involved with ICO's or bad projects.

If you are new to cryptocurrency, use these tips as your lifeline.

If you think I missed any major types of scams, let me know in the comments and I will amend the article.