In reality, when you secure a job after long waiting you build up happiness conciously or unconciously especially if you have stayed for a very long time after your graduation. In the part of country I belong finding job is a difficult thing and is not that the job is scare but if you don't know somebody for somebody to know you, getting white collar job may be very difficult. My engagement online brought note to discovery of so many platform that create opportunities for youth of nowadays how to make some money online, the only thing needed is right information.

In 2016, steemit came into being which create opportunity for every writers to earn why they write and this has helped so many of us and widen our knowledge on writings and make cool money online. The understanding of steemit brought in other blogging platform that follow blockchain technology, though steemit started facing serious issue on reward pool due to the fact that the reward dropped and rae really affected users engagement following the fact that there are many of us that leverage on the steamit payment to sustain that family. This is one of the issue that makes many on steemit place there account on constant power down because that is what they feed on due to inflation rate in the country and the economic met down. Yes! we need to sustain the steemit ecosystem by power up and investment but again, you can't give what you don't have and I must be honest the platform has helped so many of us.

The drop in steemit platform and long waiting on SMT launch has made many fall out of the system and discourage to write and been active but some keep going despite this issue. I thank creator, I too keep going and get reward for doing this. Presently, steemit is rewarding with new approach created by the top witnesses and some top users of the platform.

The top witnesses and some great users has been fantansic has they refuse to relent in getting this done on steemit, though many are still waiting for SMT but for how long? This made them to leverage on steem engine and form steem tribe in which many of steemian are not been making use of. Many don't know the importance of steem engine until this year and let me say some month ago after many community, witnesses and great users of steemit come up with different token you can invest in and make some profit. Let me be clear at little:

Its not a news to many steemians, your SP on steemit platform has power to activate so many things. Just last month, I claimed some PALCOIN airdrop just because I have SP above 10SP and staking of this PALCOIN has activated another token into my wallet. This clearly means that STAKING is one of the important tools in steemit platform and with this you can earn as many tokens you wanted.

This is a new project that still working on its interface as this is linked to steemit platform and is the latest token as far as steem engine is concerned. I received some of the airdrop yesterday and I feel to share this for some of the steemit users right here and those intending to join. The project is based on superquest which can be weekly or monthly. It is the project that release little task for you to claim some token from now till that end of the year. What are you waiting for? Yes you need to join steemit platform to be able to receive this goodies but most important thing is to not allow this opportunity of making some cool tokens pass you by. Sign up on steemit.com and get ready to claim your intrepreur token.

There are so many opportunity attached to this token. You have benefit of getting upvote from the owner and the community itself, though the community is still growing but I must say there are opportunity for you to make some token, the moment you make yourself available and active you will be rewarded.

Do you still need to know more about Intreprenur as far as superquest is concerned.... Join the discord channel right here

Do you have issue with discord channel or prefer telegram app chat me here and I will guide you on what to do.

Togetherness we reach the top... Lets diversify in our dealings and make cool money! One Love.

Hello! Friends, My name is Olapade Samuel from Lagos Nigeria. Its my honour to be here and do my norms as a way of networking, learning and earning. Internet has been of help to many of us that are writers and I am here to share more crypto news. 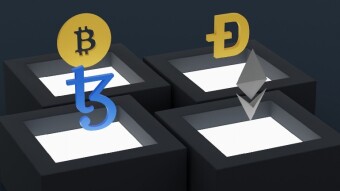 How do Governments Benefit from using Blockchain?