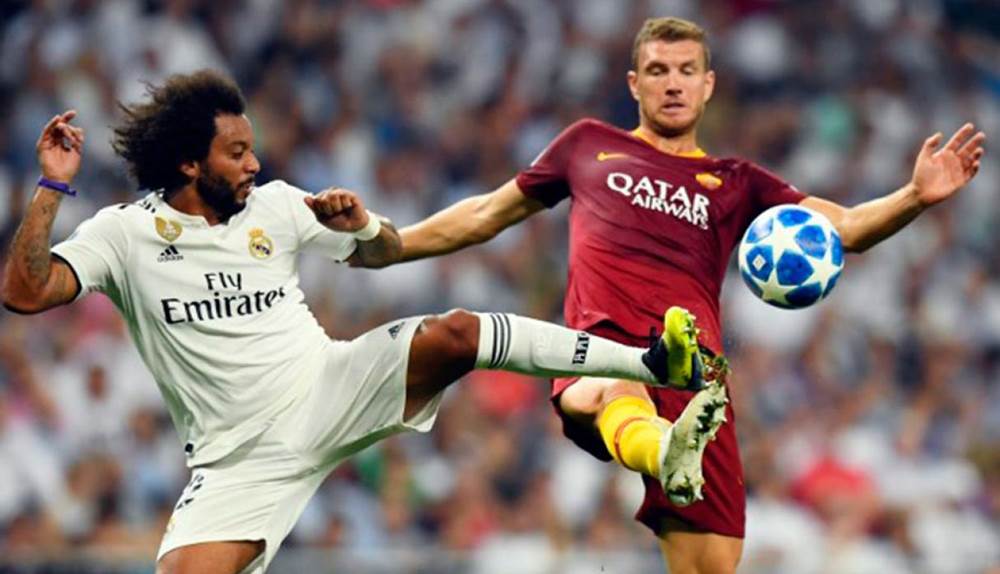 In preparation for the end of the season real madrid face as roma on sunday night. the fight was rash. Real went ahead twice but the game ended with a 2-2 goal. Then the match was made at the tiebreaker. roma goes down there of course. Roma won 5-4 when real shot a miss by real footballer marcelo. Real went ahead with 16 minutes of the match on Sunday night. at this time marcelo scored the goal. However in the 34th minute romero diego perotti scored on an equalizer. In the 39th minute casimirro scored again and took real. In 40 minutes Roma's Eden Jaco scored the goal. This equality ends with the first half. Even the second half did not break this equality. As a result the match was made in tiebreaker. There was also a fierce battle. In that fight both teams were able to score goals from the first four. But roma managed to score their fifth shot but real marcelo missed. real madrid have to leave the field at that rate.