Inching Closer To The Launch of Robbin' The Hood NFT Game

When 2022 came around, I planned this year to be a fun one, to the point of letting go of a couple of clients and taking on more of a consultant role, to be less hands-on.

Half the year is almost gone and I have to say that I am playing more compared to the last decade. I started exploring NFT Play-2-Earn games in January. Although the earnings have not been as I had envisioned, the level of fun and entertainment still remains high, despite the low prices of cryptocurrencies.

Last month, I have decided not to invest more into crypto and NFTs, because my bleeding portfolio depresses me, but at the same time, I mentioned that there are two NFT Play2Earn games that I am looking forward to, which I will be making an exception in my investment decision. One of them is Robbin' The Hood.

Trust in the Project
If you follow my articles, you will know that I got burnt in two NFT P2E games recently. While I don't bother with getting back my capital anymore, it still irks me that I lost quite a bit on them. I only have myself to blame - for not being an early investor and for not doing enough research. If you know me, you know that I rarely DYOR or read whitepapers.

However, Robbin' The Hood will be a different story. I will be in as early as possible, so I am already hanging out at their official Discord BEFORE the game is launched. Also, this time, I have read the whitepaper from the first paragraph to the last sentence.

The price per NFT is set tentatively at US$120 crypto value. This could be adjusted later, just so you know that the price is not already set in stone. However, what has been decided is that for every mint, minters have the opportunity to receive a "cashback" on their spending in the form of Dice Roll Minting Mechanism.

This means for every NFT that you have minted, you are eligible to roll the dice, which determines how much money you will be reimbursed. So far, this is the only project that I know that gives us a discount on the mint price.

Not another P2E
Unlike other Play 2 Earn games, Robbin' The Hood allows us to Stake to Earn at a projected daily reward value of US$6 per NFT. That's 17 days to ROI, assuming that one has paid the full fee of US$120 per mint, without any discount.

While we are earning, we can still utilize the NFT to play - take on missions or quests, level up the NFT and ultimately, unlock Phase 2's Robbin’ The Hood: Tower Defense Game. Do note that merely staking without playing or leveling up the NFT will not give one access to Tower Defense Game. To maximize my NFT, I am ready to put in the time to play!

A preview of Tower Defense Game:

With Sherwood Forest City as the setting, Henchmen breakthrough the kingdom to steal $GROAT (stake Henchmen NFT to earn $GROAT).

If Henchmen escape the Kingdom, they lose $GROAT to Merrymen (unstake Henchmen and pay unstake fee). 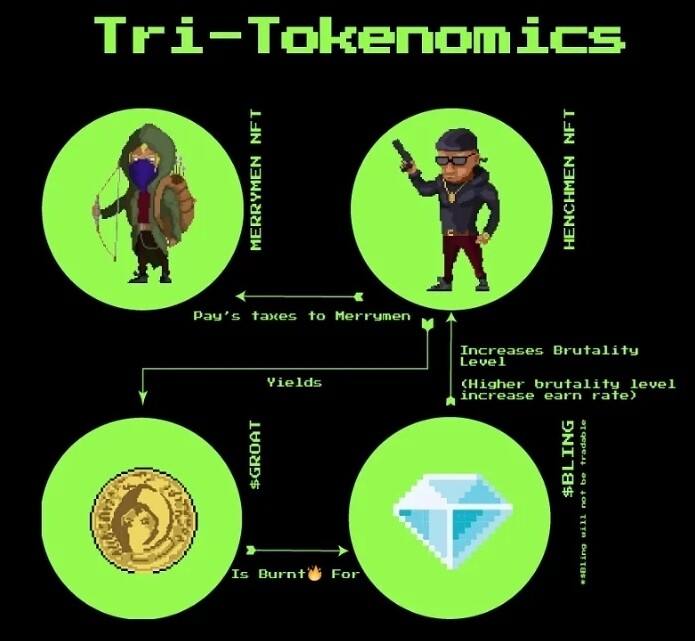 Henchmen distribute the $GROAT they stole to Sherrif's fortune and use some to prepare weapons ($BLING) to level up their brutality to make them stronger. $BLING is obtained via the burning of $GROAT at a 1:12 ratio. 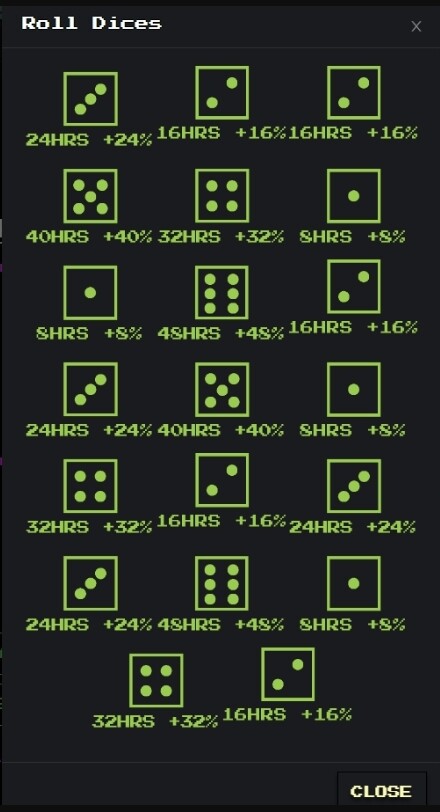 Stronger (higher brutality level) Henchmen earn a greater reward, which is also based on the score of the dice rolled at the time of staking.

Obviously, there's more to the  Robbin' The Hood but if you can follow along until this point, you're good. You can read the entire game eco-system in this official whitepaper.

I find that the game is scalable as the developers have put a lot of thought into ensuring that the token price is maintained. Someone asked if the success of a P2E is based on its token price. While the price is not the be-all and end-all, it does play a major role in game adoption. Everyone wants to play an enjoyable game, and if it's profitable, why not? 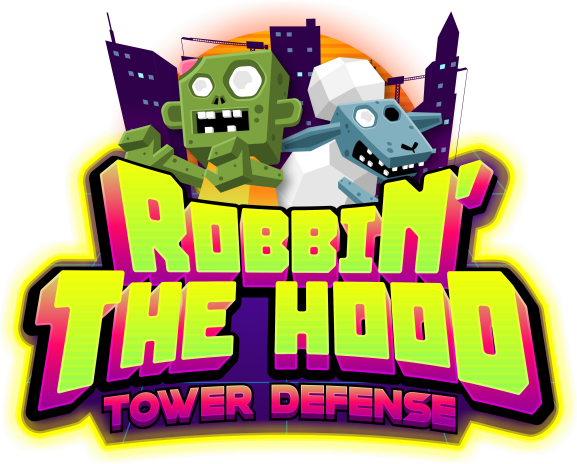 I am setting aside enough for one or two NFTs for now. If you plan to be an early bird as well, DYOR and always only invest what you can afford to lose!

The team is self-doxxed, and everything is transparent at the official Robbin' The Hood Discord server.