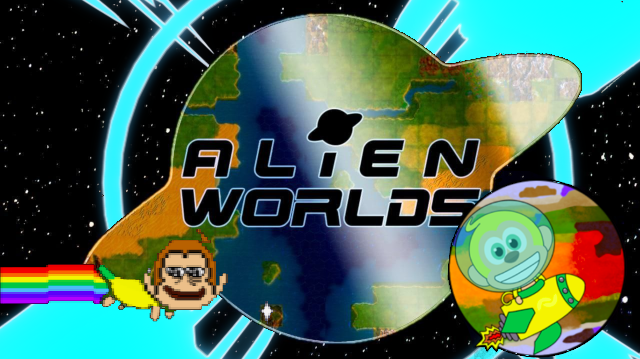 Alien Worlds and the Rise of CryptomonKeys

Trading cards have been a staple of first-world consumerism since their introduction by Topps in 1951. Most Gen-X kids remember these items with the faces of their favorite sports heroes, while millennials and zoomers are more likely to have fallen in love with imaginary creatures like Pokémon. Lately, however, the world of NFTs has brought forth a new kind of collectable, a kind that doesn't require paper at all - only the resources of several hundred computers burning electricity at breakneck speeds. Introducing CryptomonKeys, the WAX-based trading card hailed by Banano users as the next biggest virtual item. 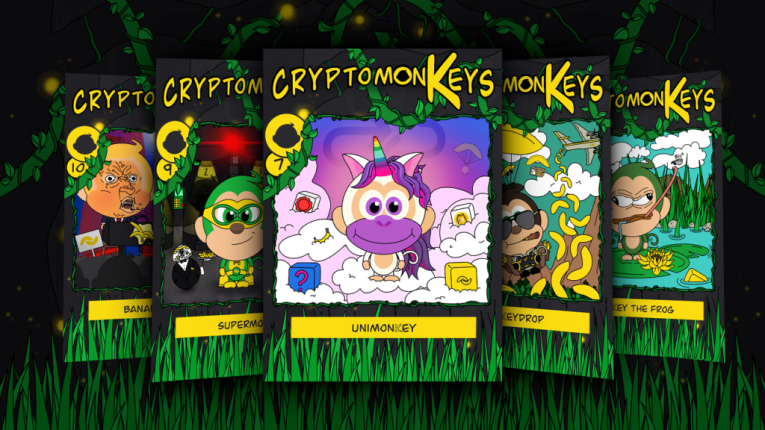 First launched in January 2021, CryptomonKeys are cute NFT trading cards that can be earned by playing the what is currently the biggest Dapp on the internet, Alien Worlds. While CryptomonKeys were invented by the Banano community, they are a WAX-based NFT, meaning you will need to set up an account on wax.io to obtain them.

Alien Worlds is a web-based game which rewards users for their attention in Trillium (TLM), a WAX-based token listed on several major exchanges. Users who sign in with a WAX account are greeted by a simplistic interface which allows them, mostly, to mine TLM and view their inventory. Mining TLM is slow at first (I recommend purchasing some tools on Atomichub before beginning), but can be rewarding if paired with the right strategy and community. 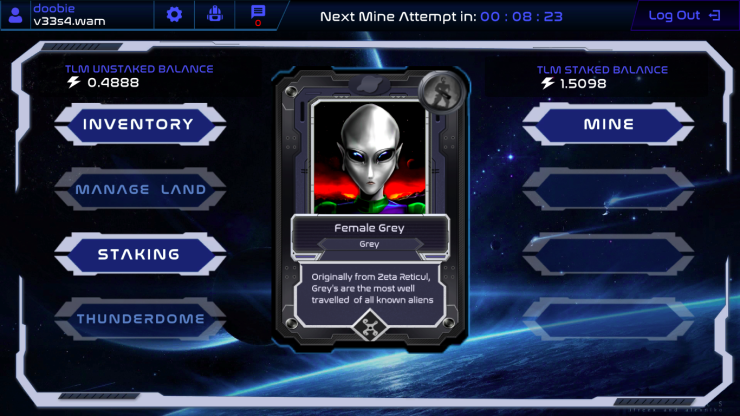 CryptomonKeys is one of such communities which rewards participants for mining or staking TLM in certain Banano community-operated mining sites. For those who are unaware, Banano is a highly popular fork of Nano currency based on memes, community, and philanthropy. You can read all about it here. While Banano does not currently possess an NFT network of its own, its users quickly built an empire on Alien Worlds and established quite a robust economy. Though some CryptomonKeys are valued at only $1-3, others regularly go for well over $400. If not for fun alone, it's definitely an economy worth getting into!

CryptomonKeys primarily rewards users for staking Trillium (TLM) to relevant communities, however, rewards can be gained without investment by anyone who chooses to mine on monkey-operated dig sites. Of course, TLM can be unstaked at any time (with a short delay) so there's really no give required to participate in the community. CryptomonKeys are quite easy to earn, with guaranteed drops to the 423 most active community members on alternating weeks. They're a great way to boost your NFT portfolio and TLM output without any added effort! 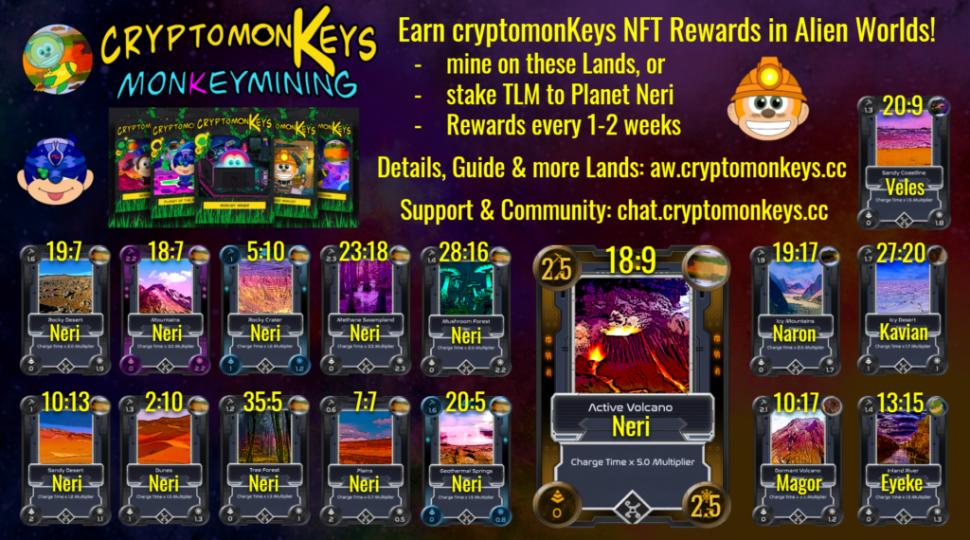 Whether or not you view CryptomonKeys as an investment is up to you. However, if you're looking to get into the world of NFTs (or simply to increase your existing NFT income), they're an absolutely free and friendly community to join! In any case, these virtual trading cards are some of the best you can get.