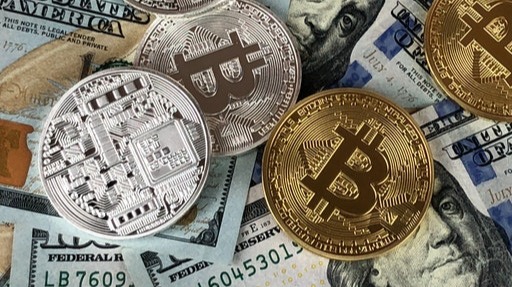 The best time to buy is when a price plummets but everyone expects the value to go back up. If nothing else, you lose less than everyone who bought the peak. However, most people expect Bitcoin to eventually rise back up to test the $20,000 threshold. For anyone wanting to put some substantial skin in the game, now might be the time to considering dropping serious money on some bitcoin (BTC) or Stellar Lumens. It might also be time to worry about Tether (USDT).

Being a novice to cryptocurrencies but having a surface level understanding, it seems Tether (USDT) is a hollow business at best and a bold fraud at worst. I cannot find any actual backing to the tethers, as claimed, no matter how many links I click to investigate. The vast majority (~80% last time I checked) of crypto trades are denominated in USDT. If there is some organization just printing the USDT's with no backing and just to create more supply for a bubble, then the price of all cryptos is massively inflated. That will hurt any Bitcoin run back up to $20,000.

Tether has attracted the wrong kind of attention lately. The New York Attorney General started an investigation into Tether and several of the associated companies including Bitfinex. If the Soveriegn, er...Southern District of New York files criminal or allows any civil charges, it could bring the whole house of cards (if it is one) crashing down. The SDNY rarely fails to gain a conviction once it starts an investigation.

Additionally, between COVID-19 pandemic fears and global markets on the bring, there are now other situations preventing bitcoin from recovering from this latest significant crash. One of which is the mining difficulty. If the Bitcoin price crashes significantly, a large portion of miners will likely go offline. This will then increase the time to find the next block. As the time to mine a block increases, more miners will go offline. The price will decrease further in a vicious cycle unless the market corrects and the economy recovers from the pandemic depression. However, if we continue in this situation for another year, it may be impossible for the Bitcoin mining apparatus to reach the next difficulty adjustment. This would effectively prevent any more Bitcoins from ever being mined or any transaction from ever being confirmed.

I don't know what the odds of all this happening are, but if it comes to pass, the downside is significant. Considering that billions of dollars of tethers have been minted over the last few months, that alone is reason to raise a warning flag. They claim that these are purchased by institutional investors and backed with actual dollars. Do you think people with access to hundreds of millions or even billions of dollars are going to wire that over to a foreign company that can't keep a bank for more than a few months and is actively under criminal investigation in multiple countries? I think its way more likely that they are minting the tethers with nothing backing them and the institutional investor thing is a lie. A big corruption scandal so close to Bitcoin would crash the price even further.