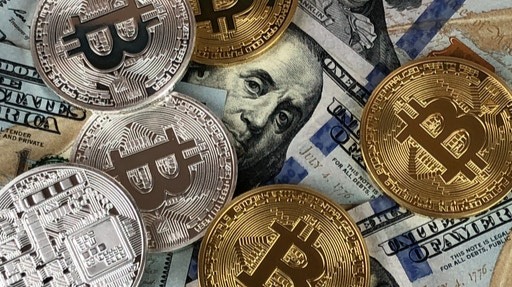 Bitcoin and most all alt coins are experiencing a downturn on the charts. Even last March, the cryptocurrency market took a dive at the same time as traditional markets. Why is that? I have a theory. Bitcoin has the unsettling distinction of not only being a new technology but also of being connected to the United States Dollar, the price of energy (both oil and mining), and precious metals. Bitcoin is viewed as alternative and hedge against inflation of the dollar. Investors of all sizes and savvy find connections, but whales with abilities to manipulate markets will rule. Bitcoin seen as linked to the price of oil because mining requires electricity which is still for the most part generated by fossil fuels globally. Bitcoin has been touted by long term hodlers as "digital gold."

Bitcoin has been down over 10% at points during the week. So too have traditional markets went south, bitcoin seemingly tracked the market. It seems most of the coinmarketcap top 25 coins move the same way. It begs the question: What's the purpose of cryptocurrency to most people if not a hedge against the dollar or stocks and you can't use it to buy much? On the surface Bitcoin and other major alts appear to be just another place to put money. When liquidity in the global market increases, investors look for places to send that new money. It needs a place to go and Bitcoin is one place to store funds. As it became more adopted by Wall Street, cryptocurrency projects began to naturally mimic and track the usual markets. It was to be expected as crypto projects sought legitimacy and Wall Street found a new toy to make money.

Once Wall Street runs up substantial gains in the crypto space, it yanks some profit. We all do/should. That alone affects the market but now more money may come out of Bitcoin to help cover COVID-19 costs. I expect the same situation will happen in the ETF space, once a run on force buying and selling to match the overall market becomes the norm. ETFs are great for no brain investing, but they've utterly destroyed traditional ideas of diversification. The same might be said of most alternative coins, if not Bitcoin.

The technology has a use. It can be used to store information and verify transactions. With the current GAS prices, the cheap and quick currency aspects of most projects are not reality. The goals are unfeasible and the dreams are not being manifested. Bitcoin might be a decent store of value and could evolve into an everyday application for everyone's use. It could remain an internet fascination and nothing more. Either way, a decent use for BTC can be found and it should maintain and increase in value. Thinking globally and not locally, people hate changing money when they travel. Bitcoin has the product recognition and ease of use to emerge as a life changing technology.

Millionaires has already been made, refugees have been helped. Bitcoin can build on that, but there will be losses. Liquidity runs in both directions happen in all markets regardless of technology. Bitcoin has the greatest exposure which is important for attracting new money. Big money has been quietly slipping into cryptocurrency projects for a long time and one day it's gonna blow up in a good way, we hope. It could all implode. All the conditions necessary to support such a thing are lining up now, for all coins except Bitcoin. It follows the market without as much regulations, so liquid money (black market and all) will follow Bitcoin.