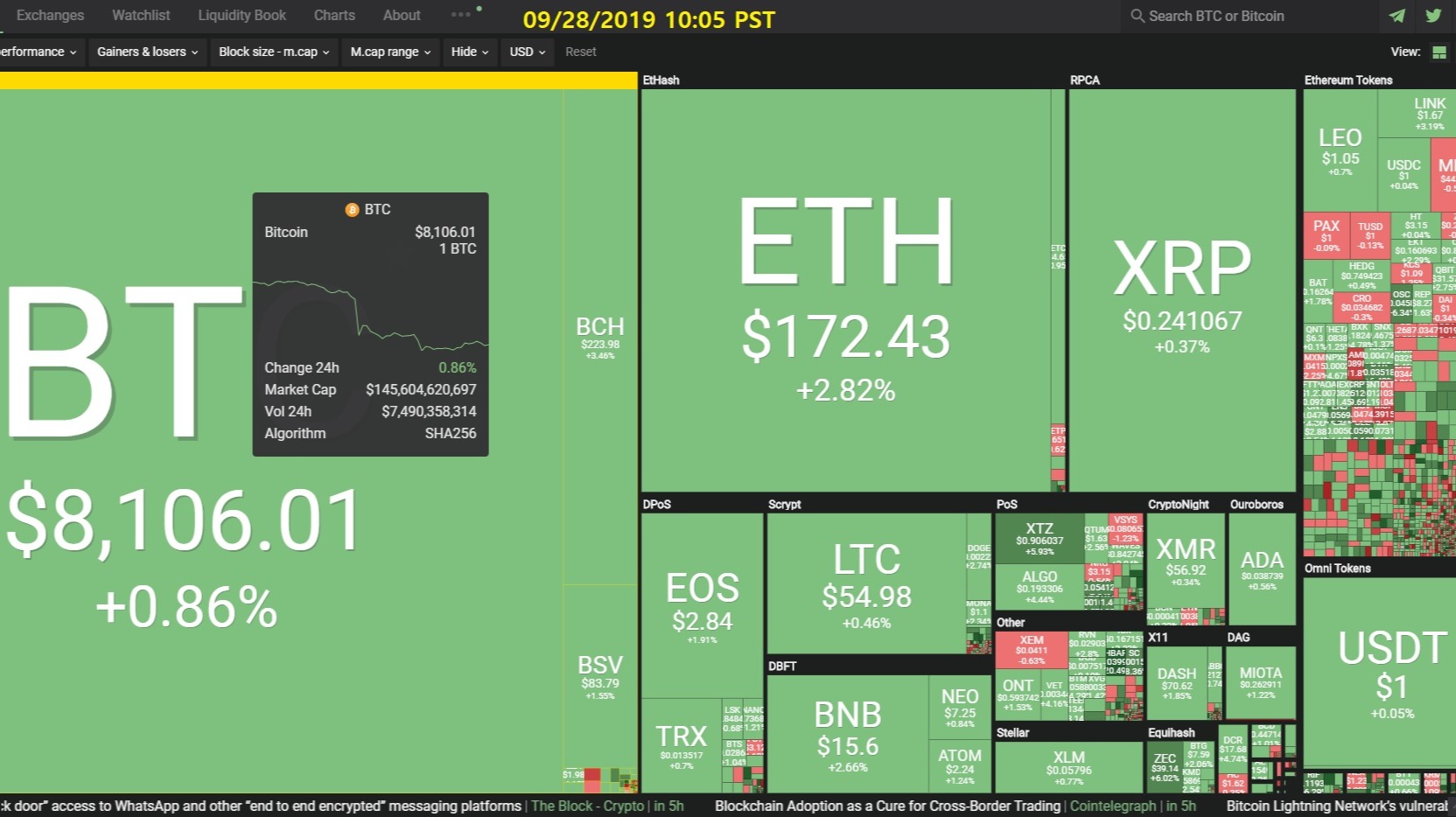 Cryptocurrency market daily overview. Source: Coin360 | The views and opinions expressed here are solely those of the author and do not necessarily reflect the views of Cointelegraph. Every investment and trading move involves risk. You should conduct your own research when making a decision.

How Leverage Can Help With Bitcoin’s Price Discovery [coindesk.com]

Bitcoin (BTC) is like any other asset class in that it captures value through organic price discovery conducted via trading activity on global exchanges.
Yet leverage and margin trading, in general, can help “turbo-charge” demand for an asset. They can also free up capital, thus increasing liquidity within a given market as traders look to use their capital elsewhere.
It’s an investment strategy of using borrowed money for the use of various financial tools to increase the potential return of an investment.

Bitcoin has been caught in the throes of tremendous volatility over the past several days and weeks, which was sparked after Bitcoin broke below the lower boundary of the large descending triangle it had been caught in throughout the summer months.
Analysts are now pointing to Bitcoin’s historical trend patterns for guidance on where it is heading next and are noting that the current downtrend could cut deeper without jeopardizing Bitcoin’s long-term uptrend.

According to Bakkt’s official website, during the first week of trading, the platform saw a total of 165 contracts purchased. The monthly futures contract contains 1 Bitcoin, meaning that the cash equivalent of that volume is roughly around $1.5 million based on Bitcoin’s average price throughout the week.

“The institutional herd is coming” is a phrase uttered by countless Bitcoin bulls ad nauseam. They believe that the arrival of this subset of investors will be a catalyst that drives cryptocurrencies to fresh all-time highs and catapult the technology into the mainstream.
However, an industry venture capitalist has argued that the institutional narrative is flawed, in that the Bitcoin price doesn’t need, say, Wall Street or its Asian equivalent to succeed and grow.

All top 20 cryptocurrencies in the market are currently registering moderated gains after the massive price drop experienced a few days ago.
Although the recovery is not a sign of reversal, it marks a momentaneous bottom in the crypto market.
Among the top 20, TExos (XTZ) is the best performing digital currency with a price increase of 5.89% in the last 24 hours. This is followed by Ethereum (ETH) growing 4.53% and Chainlink (LINK) with a 3.91% growth.

Crypto analyst Crypto_Ed_Nl, founder of training & trading group Crypto-TA.nl, shared his opinion on the new BTC all-time high and the next altseason on Twitter recently. Before sharing his prediction, he had conducted a Twitter poll. The poll, which was set to determine which will of the two – BTC’s new ATH or Altseason, will come first, saw 51% people voting in favor of an altseason. 2278 people participated in the poll.

SegWit was proposed in December 2018 and was implemented in BIP 141. It was a consensus layer proposal which theoretically, was meant to improve transaction batching since increasing block size limit wasn’t an option. Even before its implementation, SegWit faced a lot of criticism. However, adoption seemed to be rising steadily until recently, when it increased radically.

Facebook's Libra Coin Project Will Not to Do Away with Existing Currencies [bitcoinexchangeguide.com]

Libra association says that Facebook cryptocurrency is not being initiated to replace the already established currencies. The Managing Director Bertrand Perez, who was speaking at UN headquarters in Switzerland at a blockchain conference, stated that they are not implementing a monetary policy with Libra.
Perez added that the digital coin would assist in achieving several UN sustainable development goals which include boosting gender equality and eradicating poverty. Libra is also said to benefit blockchain’s bottom line.

The latest merchant to open its doors to crypto enthusiasts is located two miles from Newark Liberty International Airport.
Terminal One Sports Bar will start accepting BTC and LTC, among other altcoins, from customers who want to make real-world crypto payments.
Against a backdrop of heavy traffic and noise, Moore explains why the location is key.

There is no point in the MACD where it started selling off and immediately stopped. It showed a few months of bear market activity (red) then followed by bull markets (green). If we go just off that, it looks like selling has just begun and has a little before a new bull market. Possibly, in December.

The major cryptocurrency exchange Binance is now offering a new staking service to users that would allow individuals to deposit their token holdings and earn staking rewards. One of the main benefits for users is that they would not have to set up their own nodes to fulfil minimum staking amounts or time lengths.
The Proof-of-Stake (PoS) consensus algorithm allows users to validate blocks without having to use large amounts of energy to do so. Proof-of-Work (PoW) systems consume large amounts of energy through miners that confirm transactions and secure networks.

For as long as cryptocurrency trading has existed, there have been rumors regarding price manipulation. When looking at the price charts, it is not hard to see where that sentiment is coming from. Some new research conducted by Arcane research seems to indicate such manipulation is very real. As is always the case, that research needs to be taken with a few grains of salt.

How to Plug Intermediary Proliferation in the Bitcoin Ecosystem? [thebitcoinnews.com]

New business models are emerging that cater to both the risk-taking, tech-savvy cypherpunks, and the risk-averse, technophobic ‘my dad’. However, ultimately, the power remains with those who control the coins.
Considering all of bitcoin mined to date, an estimated 17% is in third party custody. This is a conservative estimate, but even this percentage is pretty significant.