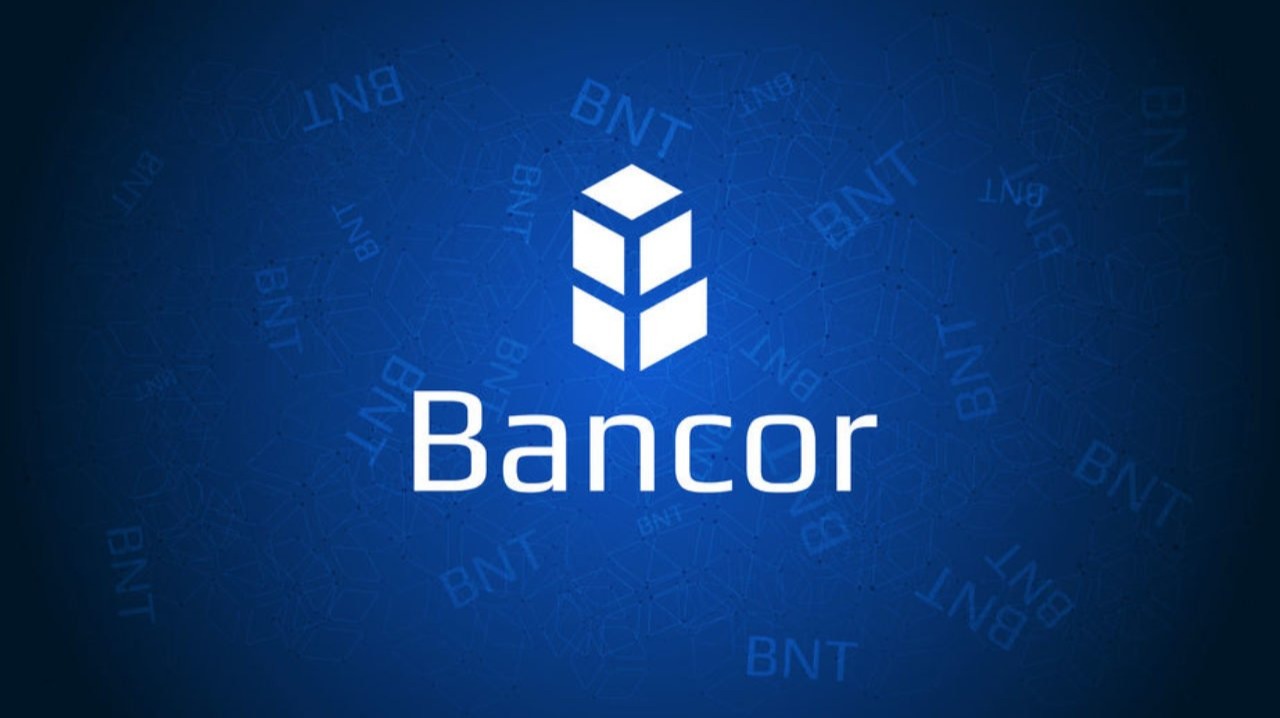 You have probably already heard of Bancor (BNT), and are familiar with how it works. You may know that it is a decentralized exchange (DEX), i.e. a platform where financial transactions can be carried out without the need for a counterparty. However, Bancor has a number of features and updates that are unknown to many, which is why in December its native token rose over 80% in just two days.

Below I will show you a detailed analysis of the protocol so that you can understand its history, functions, and advantages of the new update.

The history of Bancor (BNT) dates back to 1944 when an economist named John Maynard Keynes made a proposal that was rejected by the Bretton Woods Conference. Since then, the monetary system has gradually evolved into what we know today, completely forgetting the economist's proposal, which was to create a supranational currency that, unlike today's currencies, would allow the various nations to rebalance the value of their currencies so as to keep their economies balanced. However, all that remained of Bancor was the concept of 'world currency'. In 2017, however, with the advent and consolidation of cryptocurrencies, Keynes received the homage he deserved. In fact, the Bancor Network Token (BNT) was born, a decentralized protocol conceived according to the economist's idea, namely to serve as a universal token for exchanges of coins listed on the exchange.

Bancor is a decentralized exchange based on Ethereum's blockchain technology. The peculiarity of the platform is to take advantage of a common fund of liquidity, which allows immediate trade without the need for counterparties. The liquidity, in fact, is provided directly by the Bancor protocol through automated Market-Making operations, which use coins called Smart Coins or Smart Tokens.

But what are Smart Coins? Well, they are nothing more than digital coins built on special Smart Contracts of the Ethereum network, running on ERC20 protocols. Through these coins, the exchange is able to provide liquidity continuously, without necessarily having to exchange them. Let's try to better understand how they work.

One particularity of the Bancor protocol, as we have seen above, is that it functions both as a decentralized exchange and as an automated market maker.

Those familiar with the world of DeFi know that there are a number of automated market makers (AMMs), such as UniSwap and PancakeSwap. However, not everyone knows that Bancor was the pioneer of this innovative system that has now captured the interest of millions of users worldwide.

Unlike traditional platforms, an automated Market Maker is much more efficient. On the other hand, before, one had to rely on rigid correspondences between supply and demand to execute trades, which is why waits were particularly long, and often one could not take advantage of short-term ups and downs. With Bancor, on the other hand, it was possible to dispense with counterparties, since the protocol has always used a network of on-chain pools to provide liquidity so that the various tokens can be paired with each other immediately. Prices, of course, are set by algorithms based on the size of the exchange and the depth of the pools.

It is no coincidence that such an innovative and efficient approach has been a huge success, giving rise to some of the features of

You will certainly know that the main difference between a centralized exchange such as Binance or Coinbase and a decentralized exchange such as Bancor lies in the custody of the funds. The former hold users' funds in person, e.g. in cold-wallets or high-security systems that can always be hacked. The latter, on the other hand, have a back-end that runs directly on the blockchain, in our case that of Ethereum.

In addition, a DEX like Bancor holds all transactions on-chain, providing a far more transparent approach than centralized platforms, as they are visible to all. The only downside of this system is that the fees are, for obvious reasons, higher, as you have to wait for a miner to confirm your block and verify the transaction.

What made Bancor unique was undoubtedly its token (BNT), integrated entirely within the protocol. The token, along with other assets belonging to the ERC-20 network, takes on the role of a core asset. This means that every exchange that is made within the exchange first passes through the Bancor Network Token.

However, it was not long before users realized that they would have to obtain large amounts of BNT to start using the protocol, especially if they wanted to provide liquidity to receive part of their commissions. Not surprisingly, the arrival of UniSwap, which allows users to provide liquidity unilaterally, has moved a large proportion of users to new solutions. Nevertheless, the recent V2.1 version of Bancor is currently enjoying considerable success.

After being given a hard time by competitors such as UniSwap and SushiSwap, Bancor and its developers have found their way back to the right track, especially with the release of V2.1 in October 2020. With the new update, users were finally able to provide liquidity unilaterally without necessarily having to own native exchange tokens. This, of course, has increased user interest, as we can see in the chart below showing the trading volume of Bancor Network Token (BNT). In addition, since the token is compatible with all pairs listed within the exchange, the system itself decides when to burn or mint new coins according to its needs, becoming completely self-sustaining. In this way, so-called Impermanent Losses are covered while keeping users' funds safe.

Moreover, the moment a user decides to deposit Bancor Network Tokens (BNTs), the BNTs automatically minted by the system to cover the liquidity of other currencies will be replaced by those deposited by the user, and burned immediately. What makes this system unique, however, is the fact that each burn also includes swap fees. This means that the system invests autonomously in itself, as the BNT burnt will be greater than those deposited by the user.

In this way, scarcity is generated by gradually increasing the value of the token to a level set by community governance.

With regard to impermanent losses, the protocol has also solved this problem. In the case of impermanent losses, liquidity providers will be compensated with BNT by the system itself. These coins will be taken directly from the commissions earned from the protocol's swaps and self-investments, and will only be minted if no other funds are available. This makes the system considerably safer than competitors such as SushiSwap or UniSwap, while also covering any losses in the long term.

Obviously, compensation is only due at the moment of withdrawing one's liquidity. In addition, in the worst case, i.e. when all users withdraw their liquidity, Bancor would have to mint a number of coins equal to about 4.2% of the current supply of BNT, as visible in the graph below. As in all financial services, and as in all forms of investment, any disadvantages or aspects not covered by a system should be assessed. In the case of Bancor V2.1, it is important to stress that all the most important functionalities of the protocol must necessarily be approved through a whitelisting process by governance. In fact, only approved tokens can be deposited in the liquidity pool and can be returned in case of Impermanent Loss.

On top of that, even rewards obtained through the provision of liquidity have to be approved by governance and have to be renewed after 12 weeks. Let's think about newly launched projects: how often do we invest in new projects that have yet to establish themselves in the market, confident of their initial surge?

Well, in the case of Bancor, providing liquidity for very young projects would not be very profitable, as it is particularly difficult for them to obtain approval through the whitelisting process. Furthermore, it should also be noted that Stablecoins significantly affect the cost of Impermanent Loss insurance, which is why you should be careful about the pairs you decide to invest in.

Projects for the future

Obviously, the Bancor protocol has not stopped updating and has several tricks up its sleeve that could make it one of the best DEX protocols around. The protocol is expected to innovate with:

The Bancor protocol is the pioneer of decentralized exchanges, characterized by its 'universal token' concept.

Competitors such as UniSwap and SushiSwap have certainly presented very efficient innovations compared to the Bancor protocol, especially in the last 3 years.

However, it seems that the developers want to continue undeterred on their way, implementing more and more efficient functions that are attracting the interest of millions of users.

Of course, we cannot know which of the many will become the DEX par excellence. The only thing we can do, however, is to keep up to date so as not to fall behind.

*This article was published by me on theledger.it and can be found here in the Italian language. Check it if you want to support us :)

Hi there, Mike is an Italian boy who recently joined the crypto world and happened to actually love it! He wants to share with you his little but growing knowledge about cryptos. Plus, mike wants to show you guys some ways that he uses daily to generate cryptos with no investing! Mike is really glad to help people like him who wants to generate a little/big extra money at the end of the month! Also, he likes to receive suggestions from everyone of you and will be happy to share some ideas! 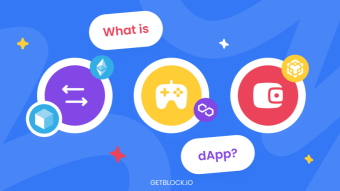