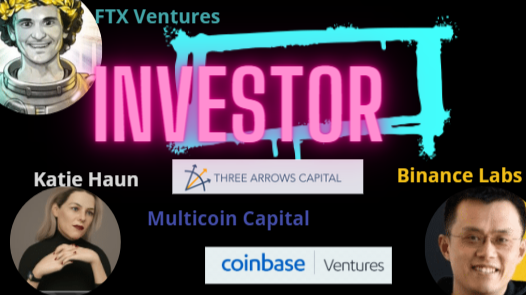 200 million investment in the project from Top Funds! 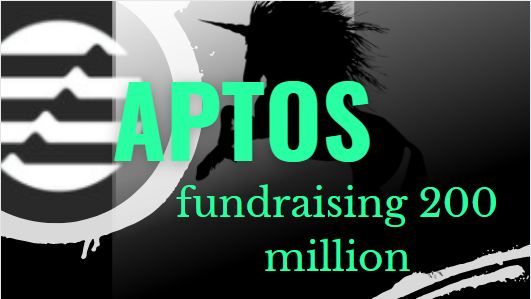 Good day everyone! Today I will tell you about a very interesting project in my opinion, which will be a unicorn!

An independent project with a great team whose background is based on the creation of the Diem blockchain (Facebook/Meta). Fast, secure, scalable Layer 1 solution for creating: NFT, games, payment systems. The Aptos journey begins by working with a decentralized community to deploy a secure, scalable and updatable smart contract platform. 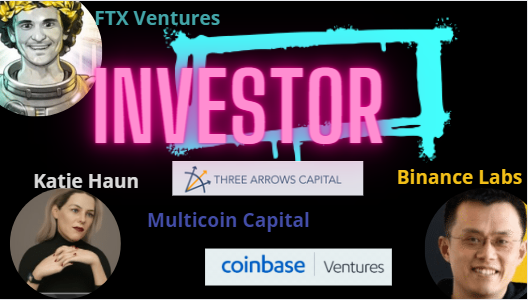 at the start, we will see the support of such whales as SuZhu and 3 Arrows Capital, the FTX exchange. What else do we need? But further is even more interesting! 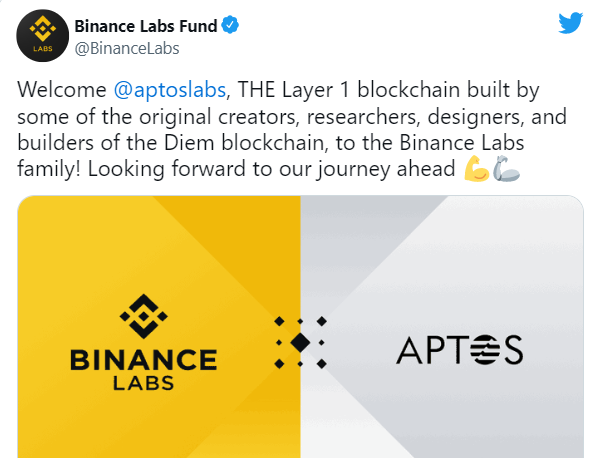 “After leaving Meta (formerly Facebook), we were able to bring our ideas to life, get rid of bureaucratic red tape and build from scratch a completely new network that will bring them to life. We are now ready to spread these ideas more widely and are starting to deliver the infrastructure we have perfected.

Aptos will be built in part on technology that we have been developing openly over the past three years. Aptos uses Move, a safe and secure language originally developed for Diem. The ideas we came up with back then are still relevant and will serve as an important foundation for a secure, scalable, and updatable Web3. Our decentralization and permissionless access plans are moving fast and will be developed openly.”

The team proposes to use their blockchain to create next generation social media platforms, NFT collections, Web3 games, businesses, cheap and secure payment systems, DeFi products and much more.

Previously worked on diem under meta. started developing a language like move. But not so long ago, diem started having problems and the team with its developments founded a new and own project - Aptos.

Aptos network accounts, transaction fees, standard library, validation node management, and configuration are all implemented with Move. The Move programming language is designed for secure resource management and verifiable execution on the blockchain. 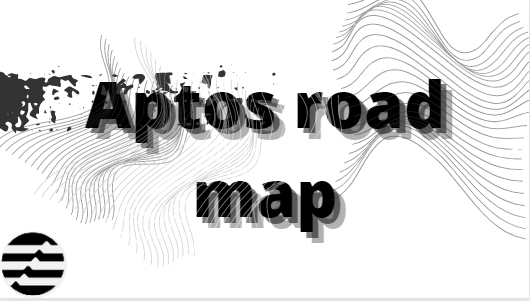 Collaborate with strategic partners and the Web3 developer community to gather feedback and make improvements to the Move developer interface and the Move language.
Q2 2022 - Incentive Testnet launch

-Larger and web-like testbed for strategic partners and web3 developers.

-Work with the community of node operators to collaborate and gain experience with the decentralized network.
-Run a bug bounty to improve the developer experience, node performance, and resolve infrastructure issues.
-Ensure consistent rewards for all participants that help secure the network
2022 Q3 - mainnet launch

Q4 2022 - Q1 2023 - Rollout of the next major release on Aptos mainnet with the following set of important features.

And what about technologies?

Use BFT consensus (https://github.com/diem/diem/blob/main/developers.diem.com/static/papers/diem-consensus-state-machine-replication-in-the-diem-blockchain/2021 -08-17.pdf), with support for a large number of validators.

The project promises optimized and high-performance L1 and L2 levels with support for 125k - 160k tps (transactions per second) and it will be possible to provide such performance using the CPU.

The secure and scalable layer 1 blockchain that is being talked about:

Binance: “One of the values that Binance Labs sees in its future portfolio companies is “how this project can change the industry” and “the number of people who will use the product after it is launched.”

“Aptos can help bring 100 million users into the crypto space with the goal of creating universal and fair access to decentralized assets for billions of people,” said Jeffrey Ma, Chief Investment Officer of Binance Labs.

"We also believe in the experience gained by the Aptos Labs team in creating the Diem project."

Bill Qian, Head of Binance Labs, said: “We believe in the same vision as Aptos, which is to create a more reliable and scalable blockchain for everyone. Ultimately, a blockchain that can be used by the masses will be able to drive the mass adoption of users in a wide variety of applications and accelerate technological and business innovation in these areas. Users can look forward to the secure and uninterrupted use of blockchains.”

The team also uses new methods for the speed of transactions.

“As stated in The Genesis of Aptos, our mission is to provide universal and fair access to decentralized assets for billions of people. The web3 stack is vast and rich, from smart contract platforms to infrastructure and tools for developers, wallets, and decentralized applications. In the coming years, we look forward to building and collaborating with ecosystem members to improve the entire space.” You can read it here:

Over the past three years, the team has implemented the fourth iteration of the protocol (the most advanced derivative from HotStuff). With the latest protocol enhancement, blocks are committed in just two network round trips, making sub-second completions commonplace: 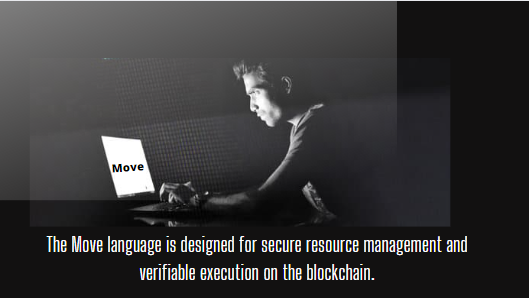 About the Move programming language:

The Move language is designed for secure resource management and verifiable execution on the blockchain. Transaction execution is deterministic, sealed and dosed. Deterministic and hermetic means that the outcome of a transaction is completely predictable and based only on the information contained in the transaction and the current state of the ledger. Measurement is an important defense against denial-of-service attacks at the transaction execution level. Proof of motion can formally test the properties of Move modules using an expressive specification language and is fast enough to be run as part of continuous integration tests. Move resources inspired by linear types, statically ensure that resources are preserved and not copied or accidentally destroyed, completely avoiding a whole class of potential attacks. Our blockchain and Move language were developed simultaneously over three years ago. Accounts, transaction fees, the standard library, validation node management, and configuration are all implemented with Move. We love the security of the Move and are happy to help build a vast ecosystem around it.

Our team has developed an industrial grade low latency Byzantine Fault Tolerant (BFT) mechanism. Over the past three years, we have implemented the fourth iteration of the protocol (the most advanced derivative of HotStuff ). During this time, we updated the consensus protocol in a private mainnet environment with a diverse set of operators and zero downtime. Our first implementation of the BFT protocol added an active pacemaker that used timeouts to synchronize validators much faster than waiting for the timeouts to increase. With our latest protocol enhancement, blocks are committed in just two network round trips, making sub-second completions commonplace. (Information taken from open official sources)

p.s I think that the future unicorn project has all the components of it (strong team, funds, funding, uniqueness) All the material was collected on the Internet, I just tried to compress a large volume and convey information to you as much as possible. Conduct further study and analysis yourself, I will leave all the links below. Missing such a diamond would be a big mistake (follow the project and participate in the testnet)

Aptos. Move Mondays (Part 1) A Layer 1 for everyone.