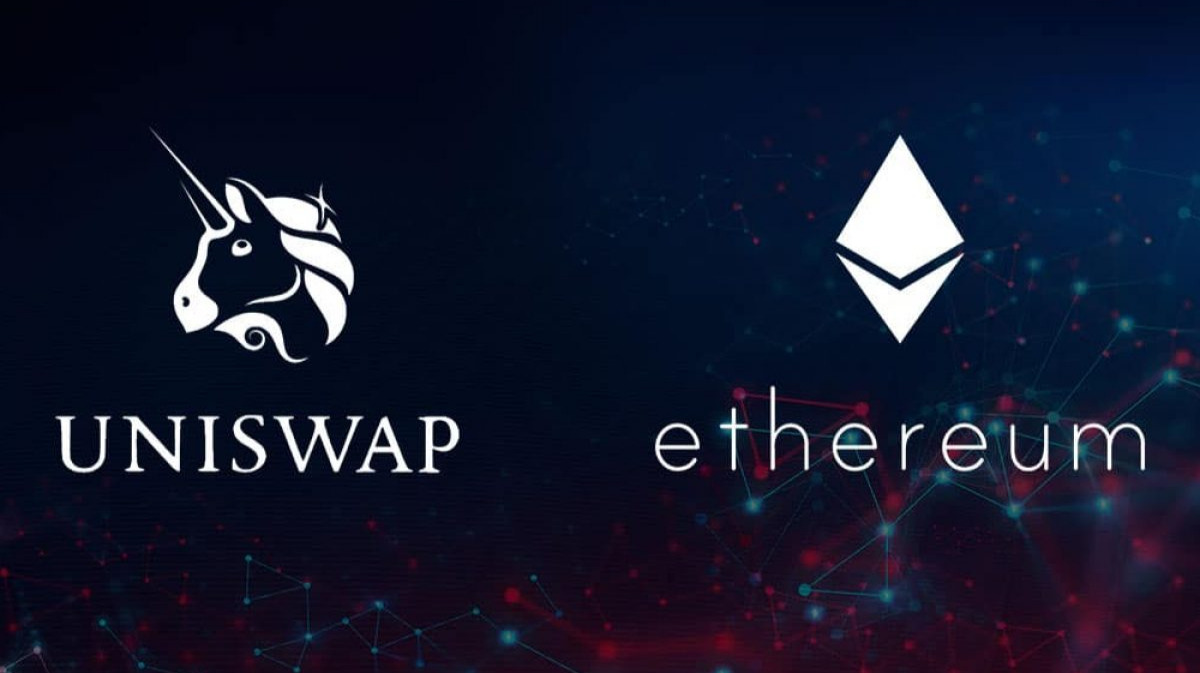 What happened to Uniswap and Ethereum in the past hours

At times you must be able to decipher decrypted chart patterns because nothing comes on a silver platter. You might be presented bullish or bearish chart patterns but do not just fall prey, you have to look beyond those charts and try to think what could be the motive behind.

For some few weeks and days the crypto market has been crumbling and recently it started showing some bullish sign and it fooled most as they were thinking its now going on the bullish train but unfortunately it disappointing as it failed to break the resistant and now submitting again to the bears. 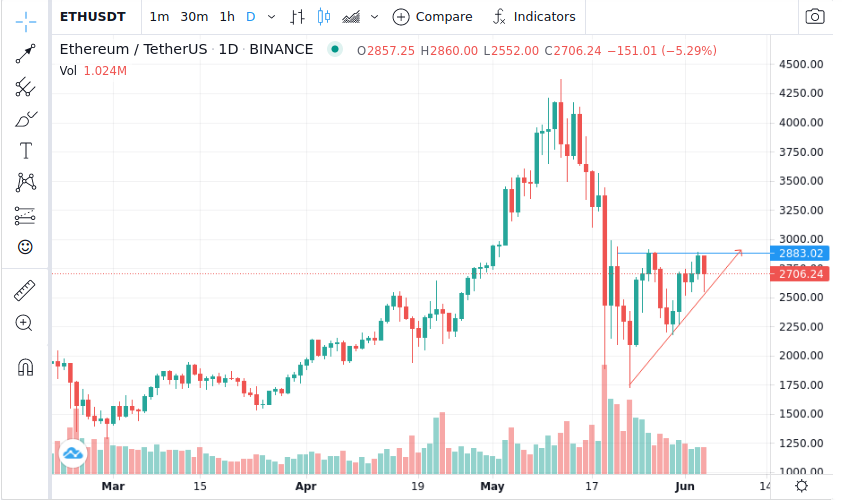 Ethereum looked like it was about to go up as it was on the second leg or the 'W' formation but it was trapped in the triangle as there was a strong resistance level. Now the daily candle is bearish and is trading below the opening of the previous opening price. In 24hours its down with -5.87%  and the price fell with 5.87% so as the market capitalization it fell with 5.91%,but the number of transactions in 24 hours increased by +7.06%. 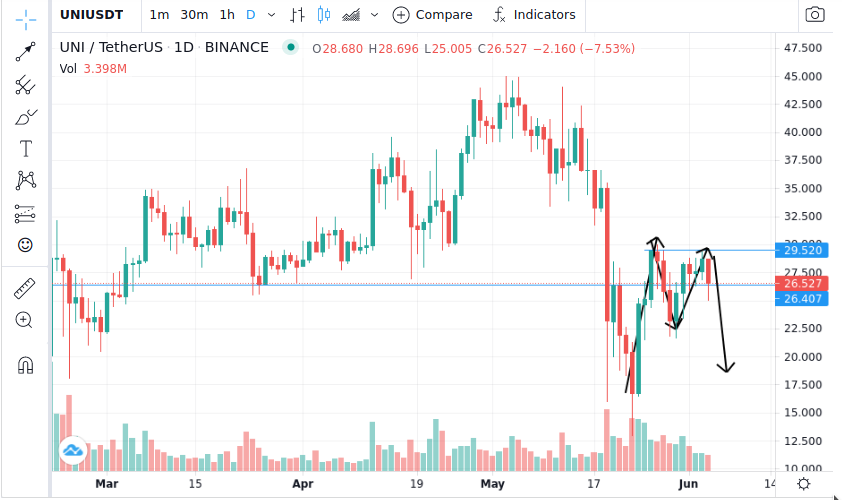 Uniswap had a different candlestick pattern from that of Ethereum. Uniswap has broken the support and then as it was retesting it was now trading just above it but it was trapped as the price was moving sideways. There were chances that it would have gone up to $32.5 then fell but unfortunately it failed to break the upper resistance and currently it might be creating an "M" structure as we are on what looks like a second leg.

Its price fell with 6.94% and the volume fell with 1.40% and all these happened in 24hours, Then capitalization is down with 6.99% and the price is also down with 7.20%. So we can clearly see that its in bloodbath as everything has turned red and its current price is trading below the opening of the 3 days ago.

We might see another bearish movement on Ethereum with Uniswap following suit. So those who were saying lets buy dips i think you have to make the smartest move. Thank you hope you will enjoy.