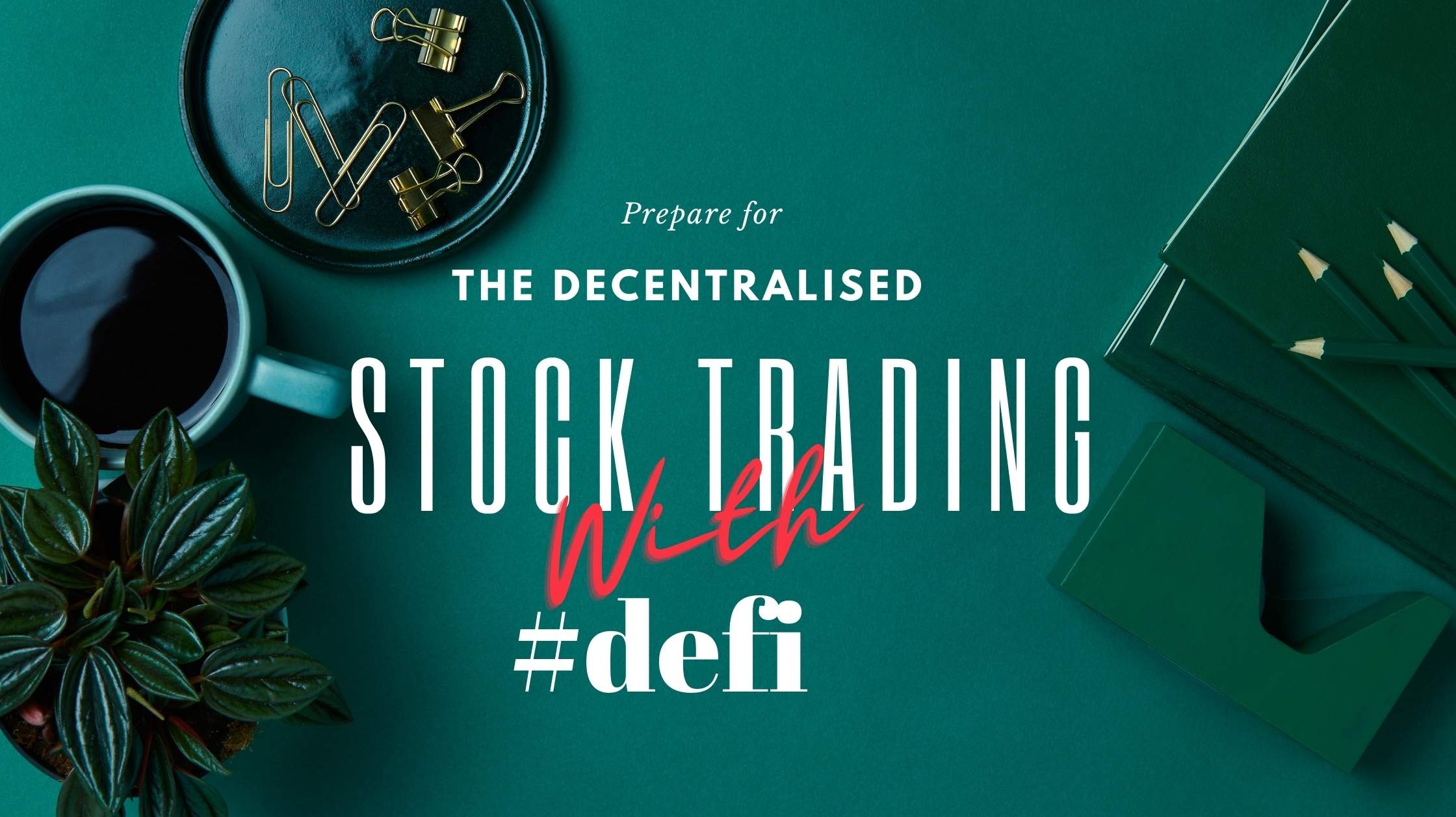 The Decentralisation of the stock market with the defi

The rules of traditional finance have been crafted to benefit a few at the expense of many. And when the many use the rule to play the game correctly, they try to change the rule. The recent developments happened in the stock market and around GameStop is the best example. The over drunk hedge funds lost millions by over shorting stokes while an army of retail investors pushed up the price. This game has continued until the brokers like Robinhood and Trade Republic have banned their users from buying the stoke and passing the price even higher. If you don't know what happened, then A group on the forum Reddit called Wallstreetbets have collectively brought stokes of Gamestop and some others which were over shorted by billion-dollar hedge funds.  It is their game, a game of making money from thin air, pushing the price of some tickers, and dumping everything at the end. Those methods will in many time reck a company and even leads to bankruptcy. The dudes have found out that the stokes of GameStop is 140% shorted (remember there could only be 100% of something) and have started buying them up. So the hedge funds have to buy from them in order to cover their positions. The unprecedented amount of retail investors pushing the price have cost the hedge funds to put more money then they have invested in the first place.  The actions from Robinhood and trade republic have made many looks for other alternatives, where the centralized power doesn't exist. 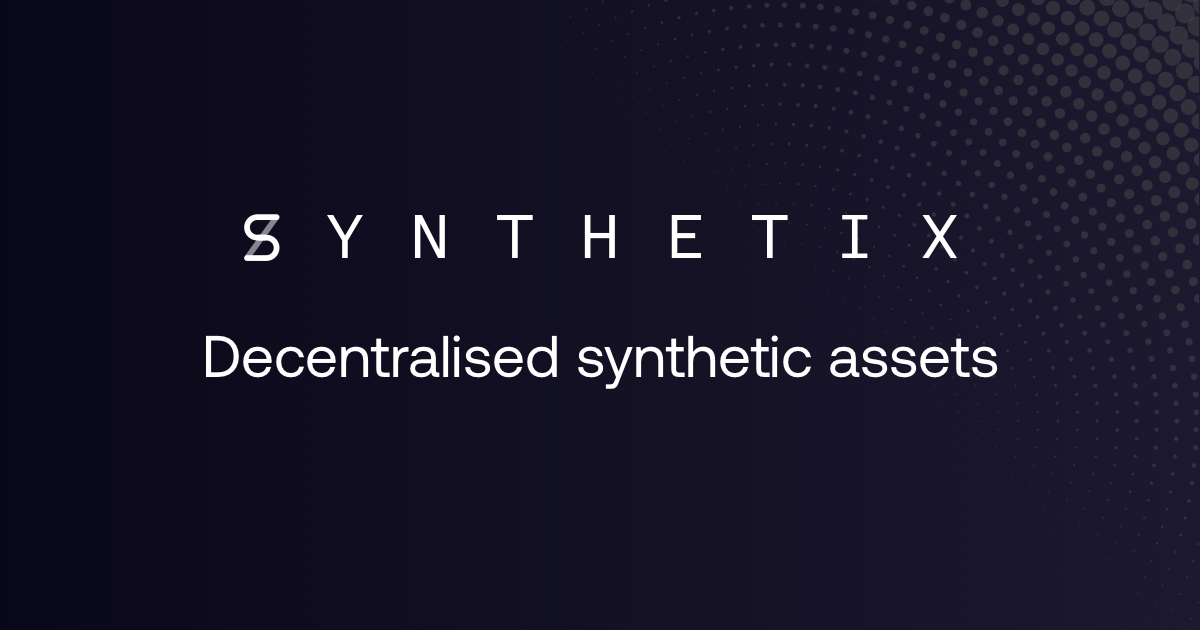 Synthetix is a decentralized trading platform from synthetic assets builds on the Ethereum network. Before going further, let me explain what synthetic assets are, these are virtual asses which are supposed to imitate and follow a real-world asset. In easy words, it's a simulated version of something, which have all the treated and use of the real-world assets like Gold, Silver or currencies etc. The Synthetix exchange currently supported the trading of assets like sUSD, sYEN, sXAU etc. the suffix just adds that it's a synthetic asset.  The exchange also supports the Traduction Exchange-traded funds (ETF).  The Synthetix currently has index funds like FTSE 100 from London stock exchange and Nikkei 225 pegged to the Tokyo Stock Exchange. Users can mint synthetic assets of any equities and index funds very easily. The use of these assets is the ability to get exposure to the price movement of the underlying assets without having the actual asset. In our case, you could have just hit the Synthetix exchange mint or buy some GME stokes and watch the game when Robinhood bared you from doing so! As the exchange is made with decentralisation and self custody in mind, the synthetic assets issued are ERC20 tokens that mean you can take them off of the SNX exchange and trade them in any DEXs or move your assets without the permission of the broker to different wallets and accounts. 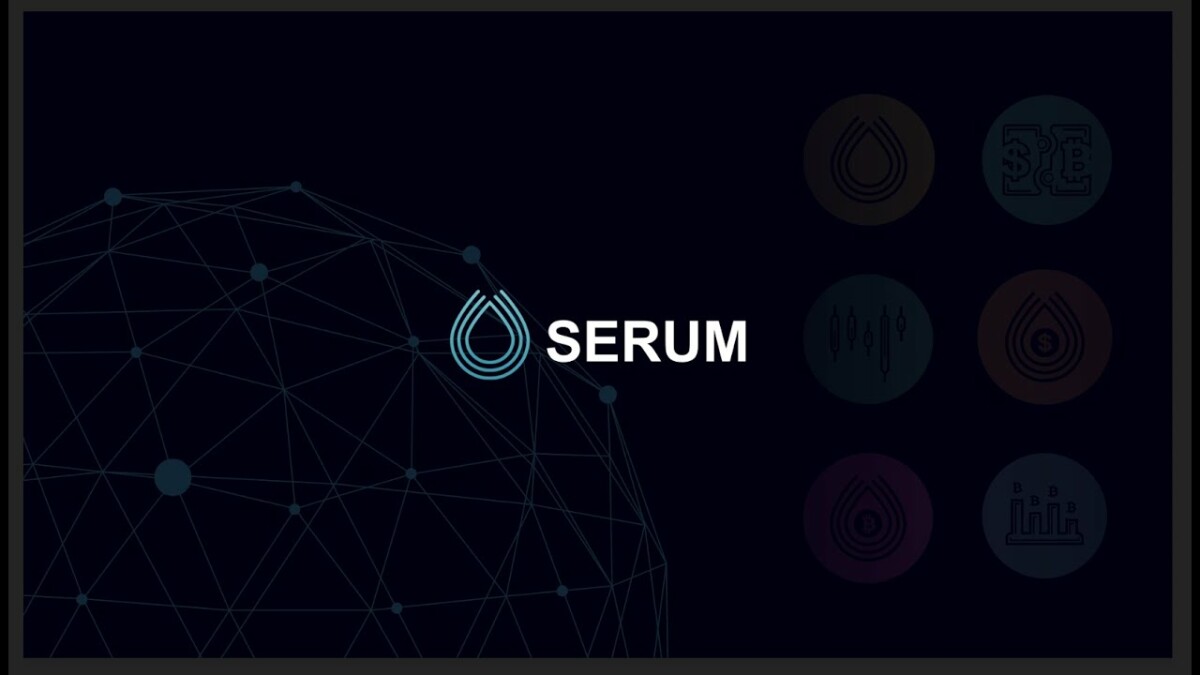 The serum is a decentralized derivatives exchange from FTX on the Solana blockchain. FTX is on the well-known futures exchange which supports crypto.  The Serum exchange currently has more than 30  different cryptocurrency markets traded against USDT or USDC. With the help of the decentralized nature of the exchange, anyone can launch their own market on the exchange not just crypto but also those synthetic assets I mentioned earlier. Serum has developed an Ethereum Solana bridge which will help you mint erc20 and migrate them to Solana. So all you have to do is mint some synthetic version of penny stokes you what to trade and move them to serum using the bridge. Just to add something the FTX exchange has listed future contracts for many of the stock like Alibaba (BABA), Tesla (TSLA) apple, google etc you can even trade the Gamestop on FTX. But just consider that FTX is a centralized exchange, but a better version from the normal stock industry as there isn’t any need for brokers, market makers or any nasty middleman. I think its a matter of time for us to see the tokenized assets for the stokes on the serum protocol considering the fact that FTX is trying to decentralise everything. So in short if you want to trade and self-study some of these tokens use the bridge to mint some synthetic version or if you don't care about self custody then head over to FTX. 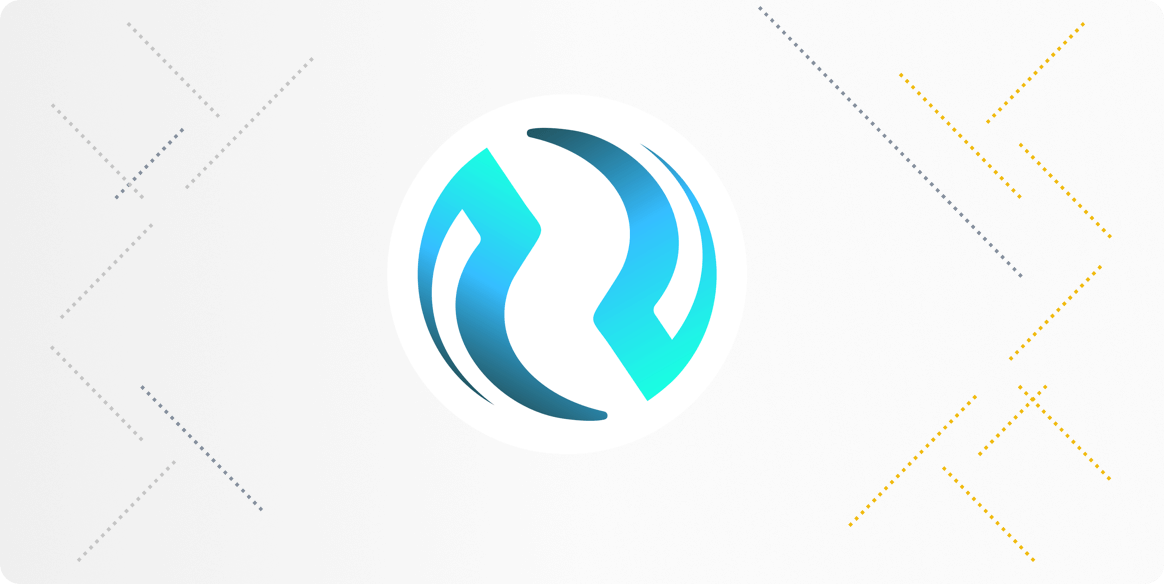 I want to introduce you to another derivatives exchange built an L2 solution for Ethereum using the cosmos SDK. This relatively new decentralised exchange allows users to trade swape sport and futures in a fast and effective way.  The users will be able to customise their own market and trade them much like the Synthetix exchange. users could mint tokenized assents and move them around. There is some more interesting to its Injective is the first dex to incorporate equities to their trading pairs. they currently support stocks like Apple and tesla on their test net. Soon after the main net launch, the token holders will be able to vote for the next trading pair that want on the dex. so if Robinhood doesn't allow you to buy Nokia then vote for it on the INJ. That's it. I just want to mention there was a huge spike in the trading volume of the INJ in exchanges like Binance token as the entire drama or Wallstreet vs retailers played.

As a consultation, I would like to add that in the future where some centralized entities controlling our finance and data is a big NO Go, the magic of defi and blockchain will playing an important role in regaining our independence.

A crypto and Blockchain enthusiast check out my website at tonythomas.crypto

This blog will be an post about Blockchain and defi 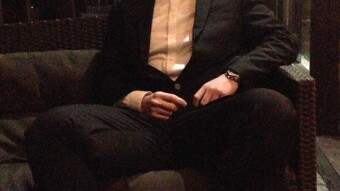